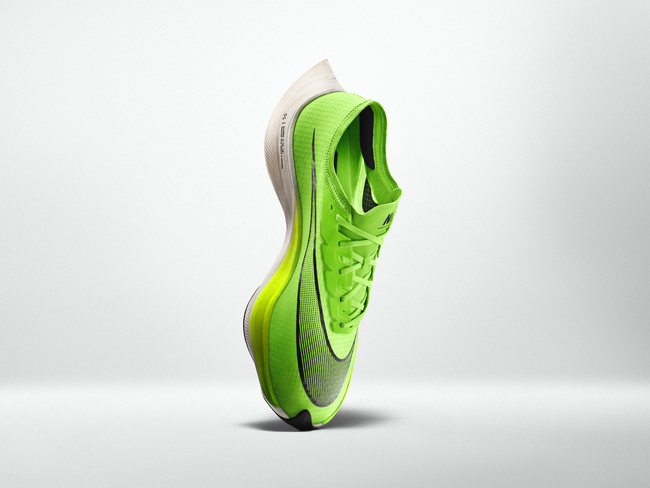 What happens when feedback from Nike’s world champion runners, such as Shalane Flanagan, Eliud Kipchoge, Mo Farah, and Geoffrey Kirui is incorporated into a shoe? You get the Nike ZoomX Vaporfly NEXT%.

Coming from the marathon-dominating Nike Zoom Vaporfly 4%, it has been revamped from its name, and its toe to heel. Its second iteration dazzles with an improved upper (largely thanks to athletes including long distance runner, Shalane Flanagan who gave feedback after water weighed her down in Boston), a re-tooled midsole (a Nike Sport Research Lab solution that combined feedback from many of Nike’s elites) and a redesigned traction pattern (this was a major ask from Eliud Kipchoge after he ran a very wet race in Berlin). 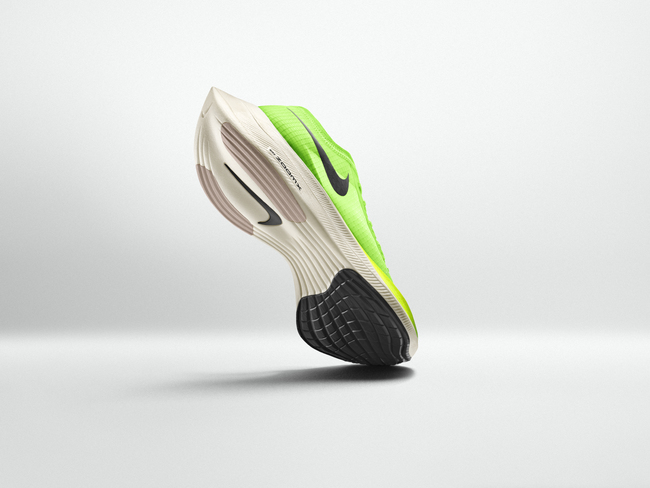 What’s New:
● Vaporweave, a material construction debuting on the upper, is lighter than Nike Flyknit, breathable and — critically — absorbs far less water from sweat or rain, so it stays airy and dry over the course of a marathon.
● The laces are slightly offset to alleviate pressure along the sensitive part of the foot. (It’s a look Mo Farah said he was very into).
● A thin foam pod inside the heel keeps the Achilles happy as the miles add up.
● There’s more Nike ZoomX foam in the midsole, which has been scientifically proven in Nike’s Sport Research Lab to further increase energy return.
● That foam has been redistributed to decrease the offset from 11mm to 8mm to provide a more stable feeling and help maximize energy return at the critical toe-off.
● Designers merged Kirui, Kipchoge, and Farah’s custom traction patterns to improve the forefoot grip so the shoe handles better in wet weather.
● Contoured treads with deep grooves on the outsole facilitate smoother movement during turns.

What’s Returning:
● Still embedded within the foam is a full-length curved carbon fiber plate that increases stiffness to provide a sensation of propulsion.
● The shoe’s weight stays the same — even with 15 percent more foam.

“This shoe is truly the result of our athletes, sport scientists, engineers and designers closely collaborating throughout the entire process of design, testing and manufacturing,” says Brett Holts, Nike VP of Running Footwear. “We are all so excited to see the NEXT% continue to push the limits of human performance on marathon courses around the world.”

The Nike ZoomX Vaporfly NEXT% is exclusively available at Nike Park Fort starting July 6th and retails for Php 12,145.00.