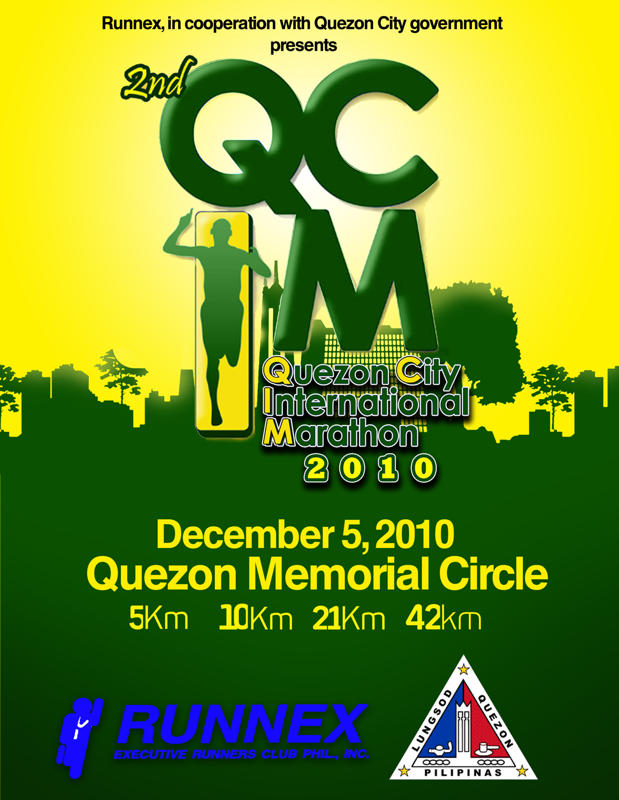 The most anticipated running event is happening in Quezon City on December 5 this year. Now on its second year, the Quezon City International Marathon is organized by the Executive Runners Club of the Philippines (RUNNEX) and is supported by the city’s local government headed by Mayor Herbert Bautista and Vice Mayor Joy Belmonte.

Touted to be the biggest and most exciting international marathon this year, recreational, professional and beginner runners will outrace each other as they pound the road to the 5 km, 10 km, 21 km and 42 km finish line. As with last year, thousands of runners are expected to register from October 4 to November 7 for the different race categories. Registration sites will be at R.O.X. Bonifacio High Street, Chris Sports outlets, Secondwind in Ortigas, the Quezon City Hall and the RUNNEX office at the Bahay ng Alumni in UP Diliman.

Registration fees are P650 for the 42 km, P500 for the 21 km and P350 for the 5 km and 10 km distance. Race kits will be released on November 27 and 28 at the Bahay ng Alumni, University of the Philippines, Diliman. A finisher’s medal will be awarded to participants who will cross the 42km and 21km finish line.
Considered an important landmark in the city, the iconic Quezon Memorial Circle will serve as the start and finish lines for the race. Depending on the category, the race route will traverse the famous landmarks that make Quezon City a place with many attractions. Known as the widest road in the area, runners will run along Commonwealth Avenue and pass through a portion of La Mesa Dam Eco Park, a venue providing for healthful outdoor recreation and a true forest experience. It is a living classroom and laboratory for environmental education and aims to be a center for biodiversity conservation. The road back will bring the runners inside the University of the Philippines, a favorite running spot because of the tree-lined roads that offer shade to hot and weary runners. Here, the Oblation may be viewed, another of the city’s famous icons.

Inspired by the huge turnout of last year’s Quezon City International Marathon, RUNNEX teamed up with Neville Manaois to ensure a safe and unique running experience for all participants. Doing away with the usual come-on gimmicks of other races, QCIM will instead focus on the safety and needs of the runners by making sure water stations abound and marshals are deployed to ensure that the action on the road is constantly monitored. With the meticulous and careful planning put into this event, local and foreign runners may look forward to a safe and fun filled run from their first step to the finish.
For more details, please contact the Runnex secretariat at (02)435-5291, or visit the site www.runnex.org or QCIM2’s official Facebook Page www.facebook.com/qcim2 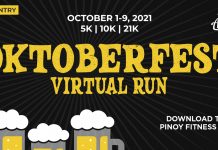 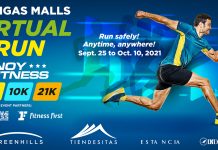