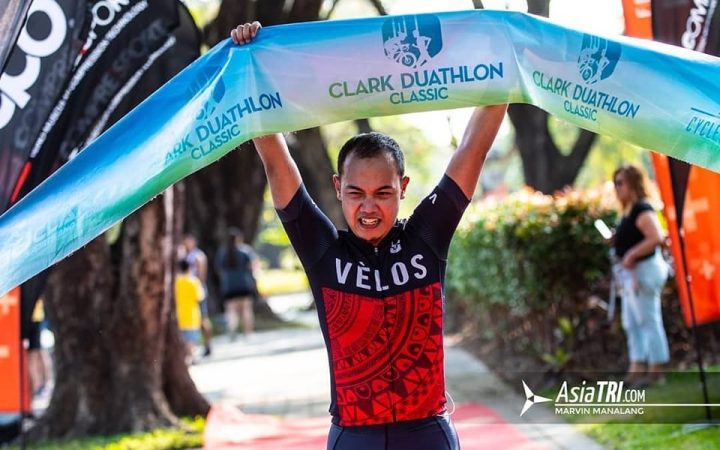 If you ask me to pick a distance that I’d be happy to run over and over again until I retire, I’ll probably give you a very short answer: 10km. Sure, half-marathons are cool, full marathons are epic, and ultramarathons are… well, still borderline crazy. But none of them had the same impact and experience as the 10km had on me.

After experiencing the sedentary life bought by the COVID-19 pandemic, a silent but persistent question kept ringing at the back of my mind: How’s my 10k time nowadays? Could I still run a SUB1? Mind you, I didn’t care about my old 21k or 42k endurance level at all. I knew beforehand that it was long gone. What I was more focused on salvaging was my valuable 10k fitness. It’s like my future running aspirations will be determined by how well I restart with this distance.

It doesn’t matter how strong or fast I’ve been over the years. I always come back to this distance with a thrill and a sense of confidence. There’s something special about the 10k that kept its strong appeal to beginners and seasoned runners.

Clarence DeMar had a perfect quote about this: “Run like hell and get the agony over with”. I cannot overstate how relative that is to my experience with 10km. It’s a distance that offers variabilities. It’s going to take quite a while to finish, but not long enough to make you suffer. On the other hand, you can endure the suffering part but finish the distance in the shortest time possible.

“Running 10k is my sweet spot,” says Kharl Ordiales, a multisport athlete and businessman in Pangasinan. “It’s not too short but it’s not time-consuming as well. It can be done as my favorite workout every other day. I can run 4 days a week with 2 days of rest. Then I do hard days on weekends. It’s a manageable and enjoyable distance.”, he added.

It’s fair to say that 10km is a distance that won’t scare your pants off on race week, but it’s long enough for you to take seriously.

The 21k and 42k events REQUIRE multiple sessions during weekdays and long hours of running on the weekends to properly condition your body to endure the beating. As someone who’s been there, the experience was both fun and memorable. But believe me when I tell you that it can be quite demanding and exhausting as well.

Viktor Dela Cruz, who initially started as a cyclist, is now engaging in the running sport as a step forward to his multisport dreams. “When I was training for Titan 77.7, the schedule for 21k training in that race was more time-consuming than my previous 10k training. I had to dedicate long hours every week.

Then he further added, “I had more fun doing interval sessions when training for 10k. I can say that I had a substantial run, but not hard or long enough for me to be too exhausted from doing other things for the rest of the day.”

I get it. Running isn’t the only thing that our lives revolve in. That’s where the beauty of the 10k shines. Unlike half and full marathons, training for 10km events doesn’t require a lot of time (unless you want to break your Strava record with a blistering pace, you need to put in the time). You’d still need to be consistent though, but it won’t demand compromises on your daily schedule. Most 10km training sessions could be done within an hour and spread on different days you prefer. The longest easy runs last only 75-90 mins. Recovery is easier and faster too!

3. You recover faster while remaining active.

Speaking of recovery, unlike the classic long-distance categories, running 10km with an average effort does not bear too much stress on the body. It will exhaust you, but the pace of recovery is quicker as compared to its longer counterparts. Susan Paul, an exercise physiologist and program director for the Orlando Track Shack Foundation, stated that half-marathons require at least 1-3 days of passive recovery and an active recovery phase of 7-10 days. That’s 8-13 days of total recovery. Whereas an intense 10k run only spans 3-6 days.

The rest days can already include an active recovery phase such as swimming and biking (if you’re into multisports) or lifting weights at the gym at an easy intensity level. You can do easy runs too!

Sam Nicasio, the newest member of Team VÉLOS, shared his weekly routine. “I usually run 3-4 times a week. On rest days, I can add strength and conditioning exercises when I’m not running,” he said. “Being able to do active recovery helps me build my endurance, gain a positive mindset, and enjoy the process.”

Running 10km brings out the benefits of exercise to the body at an optimal frequency, without the severity of impact that would require a lengthy recovery.

There’s this weirdly hardwired thought of using 10k as a measuring stick for our current fitness level. Some even measure theirs with 5k!

Most beginner runners who start venturing into half-marathons or longer base their initial capabilities on the distance they can cover in an hour. It’s a primal but sensible way of thinking. 10k is the closest category you have in measuring pace, effort, splits, or distance over an hour. It requires a fitness level that balances strength, energy, and endurance.

It won’t be surprising to know that those who train for long distances have weekday sessions within or close to 10km (per session). Seasoned runners, on the other hand, have been so accustomed to practicing, even exceeding, this distance daily more than they care to admit. You’d see these guys running around with 10km as their minimum target mileage.

Back when I was still active in running long-distance events almost every month, I’d typically use 10k as a litmus test to determine if I have gained or lost fitness in a given week. If I struggled to do one, it meant that I was in no condition to race a 21k or 32k distance that weekend. It was silly and old-school (yeah, I know) but it helped me manage expectations and tweak necessary preparations before race days. You’d know that a certain runner, despite having long-distance achievements under his belt, has lost fitness when he or she starts remarking that a 10k “feels like a long slow distance run”.

Of course, the 10k distance could also be a good standard to “graduate” from 5k events. Those who are looking for new challenges aim at 10k, with aspirations that it will help them develop their speed, endurance, and fitness. It happens. The best thing about it is that as you get used to 10k, you’ll eventually achieve a better performance in 5km. That’s a relative improvement!

“So it’s grade school T-ball versus the New York Yankees. Yours is just some tepid, off-brand generic cola. What I’m making is classic Coke. Do you really want to live in a world without Coca-Cola?” – Walter White a.k.a. Heisenberg (Breaking Bad)

Let’s be clear that running 10k under 60 minutes is not the be-all and end-all. Unless it’s about the podium spots, no one cares who’s faster than the other. But it does help in revitalizing our motivation when organizers spice things up and design events that honor the achievers, don’t you think?

From an ordinary category to one of the awaited “you-have-to-earn-this-freakin-medal” types of events, the 10k distance has gained a lot more popularity and attraction in the Philippines. An unspoken “standard” has been set for Filipinos who are new to running, thus reinforcing their desire to get better, fitter, and develop a bit of a competitive mindset in sports (which is good and welcome).

“To be honest, my favorite distance is the 5k,” says Macee Rosimo, a project coordinator and college lecturer in Makati. “I’ve been running since 2015 and I’ve always been nervous about signing up for the PF SUB1 10K Challenge event. A lot of runners join 10k races to compete or perform competitively. You’re not there to just survive – you have to show what you truly got as well.”

“This year,” she continued, “I can run longer, faster, and push myself further. Plus I’m sure it’ll be extra fun because I’m racing with my teammates, so it’s the best time to try.”

Unless you’re blessed with favorable genetics suitable for running, beating the SUB1 10K challenge requires a certain level of dedication, consistency, and hard work from those who would dare to try. It’s not an easy feat for beginners. It might take several tries for some while others take quite a while.

That’s the cool part. You can’t buy it. No one can give it to you. You simply have to get your ass out there and run until you earn it. It’s all on you. The journey itself eventually makes your triumph even sweeter once you finally get there. It will open new doors of possibility.