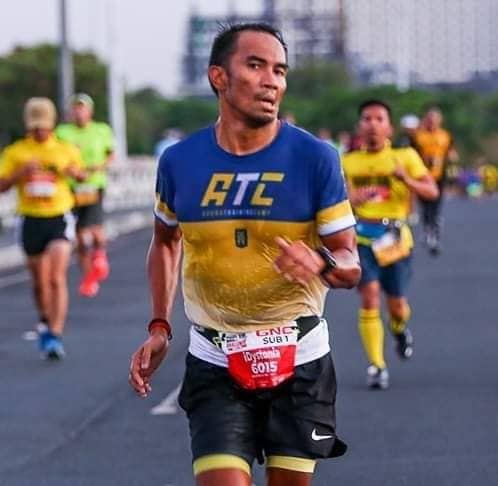 Here’s what I think: you don’t show up at the starting line of a race without believing that you can finish it. No matter how small that belief in yourself is, I know you have it. Otherwise, you wouldn’t have shown up in the first place.

If you start to argue about the uncontrollable, then I say, what if you factor out the unpredictable hindrances from the narrative, then ask yourself again: can I finish this race? Then I’m pretty sure you can answer me with, at the very least, an ‘I’ll do my best.’

Regardless if it’s your first time racing, or if you were just pressured by your peers to do it, or if you just registered to give yourself a reason to train, I know, and you know that you can finish that race if you really wanted to. You’re fully capable, after all. Capable of preparing and running that race until the very end.

But then again, what if you did have something to insert into the narrative that can make it seem almost impossible for you to run and finish your race? Something like a chronic and degenerative musculoskeletal condition, perhaps? Maybe then I could say: sure, allow yourselves a little self-doubt.

But that was before I saw Jirome de Castro run the Pinoy Fitness Sub 1 10K Challenge and finish it just a few minutes shy of an hour. Why? Well, because Jirome ran this race, and runs all of his other races, in constant pain. And he makes sure he finishes them, anyway.

Every day, there is pain 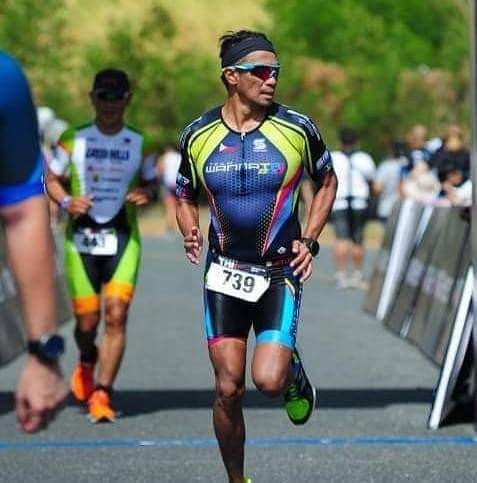 Pain, as health professionals will tell you, is a normal defense mechanism of the body. It tells you when and where something is wrong with it. People experience it in varying degrees depending on the cause of the pain, individual tolerances to it, and other factors that aggravate or alleviate it. And of course, the usual reaction that follows the experience is to want it to go away.

To make the pain go away, you identify what’s causing it, then determine how to address what’s causing it. So when you run, and your leg starts cramping, you’ll stop because it hurts. You stop to stretch the leg, drink some water with electrolytes, and maybe even eat a banana until the pain subsides so you carry on with your run.

Easy enough, right? If that’s the case, sure. But for the case of Jirome and many others, not really. For Jirome and for a lot of other people who have what he has, it is never that easy.

Not with people who have dystonia. Because dystonia— in this age we’re living in at least—is incurable. Manageable, sure. But incurable. Leaving Jirome to train and run his races with constant spasms that always hurt.

It comes suddenly and it takes away easily 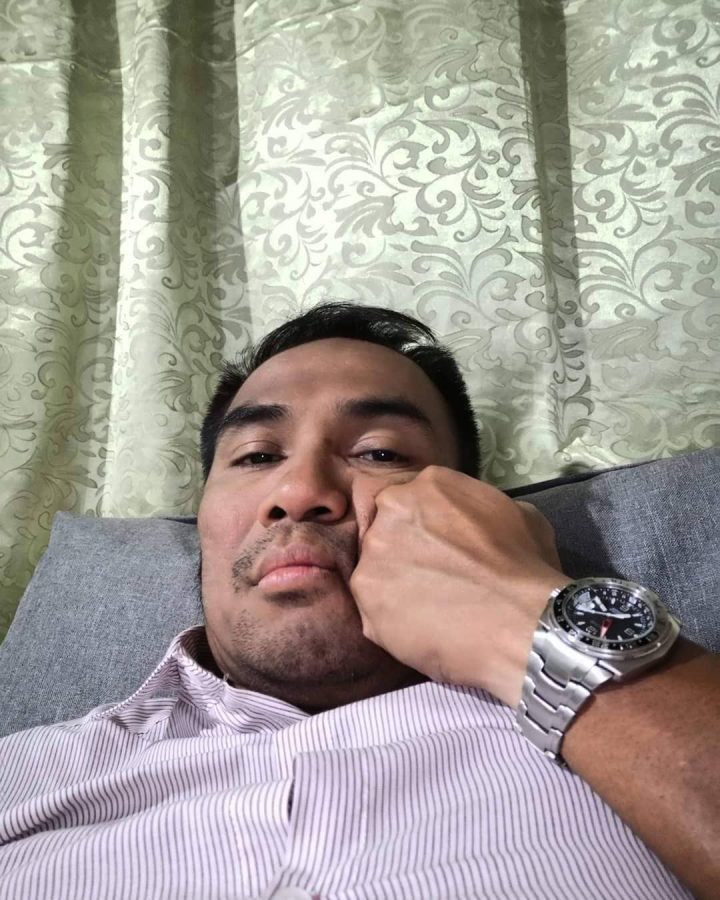 “I was diagnosed [in] July 30, 2015, but felt the symptoms as early as September 2014,” Jirome tells me when asked how long it’s been since the first signs of the condition manifested. Out of nowhere, during one of his races, his neck just started hurting and the next thing he knew was that he couldn’t turn it to the right.

Dismissing it as just your usual case of the stiff neck, Jirome would go on with his race, and his days with a tugging pain in his shoulder and neck. He’d still show up for his family, still, show up at work, and still show up for training. But when they became more frequent and hurt more and more, he knew he had to get it checked.

A few diagnostic procedures and a consultation with an orthopedic surgeon after, he was initially diagnosed with cervical spondylosis. Finding out that he had cervical dystonia came only—when therapy sessions hardly helped in removing the pain in his neck anymore—after he decided to consult Google about his symptoms.

The results that Google churned out lead to speculations that he had cervical dystonia (a specific type of dystonia that locally affects the neck muscles). When what he was reading on the medical website matched how he felt, he knew he had to get a second opinion from a neurologist. Another round of tests and his neurologist confirms it.

“I was a volleyball player in high school and college. [Then] I was a typical husband and father. I used to be a gym rat… Then I got involved in running, [and] like all other runners, I got hooked with the sport,” he describes his lifestyle to me. But when he got diagnosed, he stopped running.

“I decided to stop… and just rest. No more active lifestyle,” he says.

The ability to enjoy the lifestyle he grew up living, a life free from pain, along with the sense of belongingness with colleagues and friends, was easily taken away. Taken by every minute of shooting pain. Taken by every sentiment that no one but himself, and his family truly understood. All taken by dystonia.

Running with, not from

Anxious and wondering after his diagnosis, Jirome’s head was riddled with questions. How was his quality of life going to be from now on? Will he still be able to work? Can he still run? Will he be able to take care of his family?

“I got scared, lonely, and yes, depressed,” he tells me. Then quickly adds, “[but] being on idle didn’t help since my neck just became more painful. Until I had a crazy idea to try running again, despite the pain.”

Hopeful and trusting that he can train to finish it, he signed up for his second go at The Bull Runner Dream Marathon. Eyes shut, and whispering to himself, “bahala na,” he confirms his registration. The day he got his confirmation email saying that he got picked for batch 2016, it was a sealed deal. There was no turning back. He started training as early as he could—way before his batch even started training. 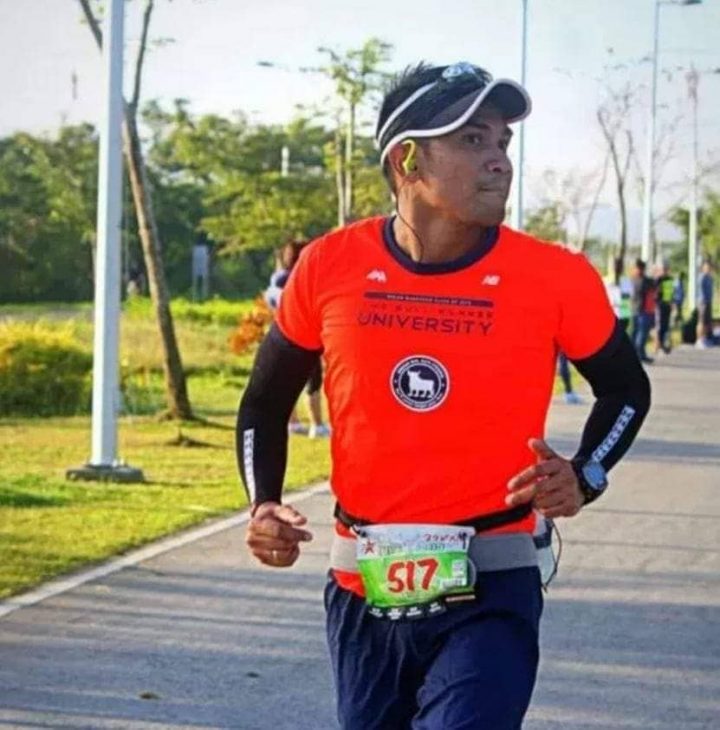 “Running with dystonia was a struggle. [It] took a long while for me before I was able to adjust. Imagine running while your head is tilting towards the left shoulder with muscle spasms,” he describes his training process, adding further that even though there were bad ‘dystonic days’ when the spasms were extra painful, he didn’t use it as an excuse to skip training.

When I tried to imagine running with that kind of pain the way he does, like he said, questioning if my resolve is strong enough to stick to grueling training sessions with that condition was my reflexive thought, turns out. But it’s always inspiring to know that there are people like Jirome who could do it. It makes you want to step up your training game, further. Given that you have no other excuse but laziness or a busy schedule to show for it.

“Every run was tough, but I found fulfillment every time I complete a training session. Slowly, I was able to adjust. [I] found myself competing against my dystonia every time I run. I did a 21 km race as my comeback race, and yes, what a feeling [it was] crossing the finish line.

“I was able to complete my second marathon with a personal record (PR) despite having this condition.”

And just like that, he had gotten back his active lifestyle. Managing not just the pain he felt, but his anxiety as well, with every finish line crossed, with every training session finished strongly, and with every personal record broken. 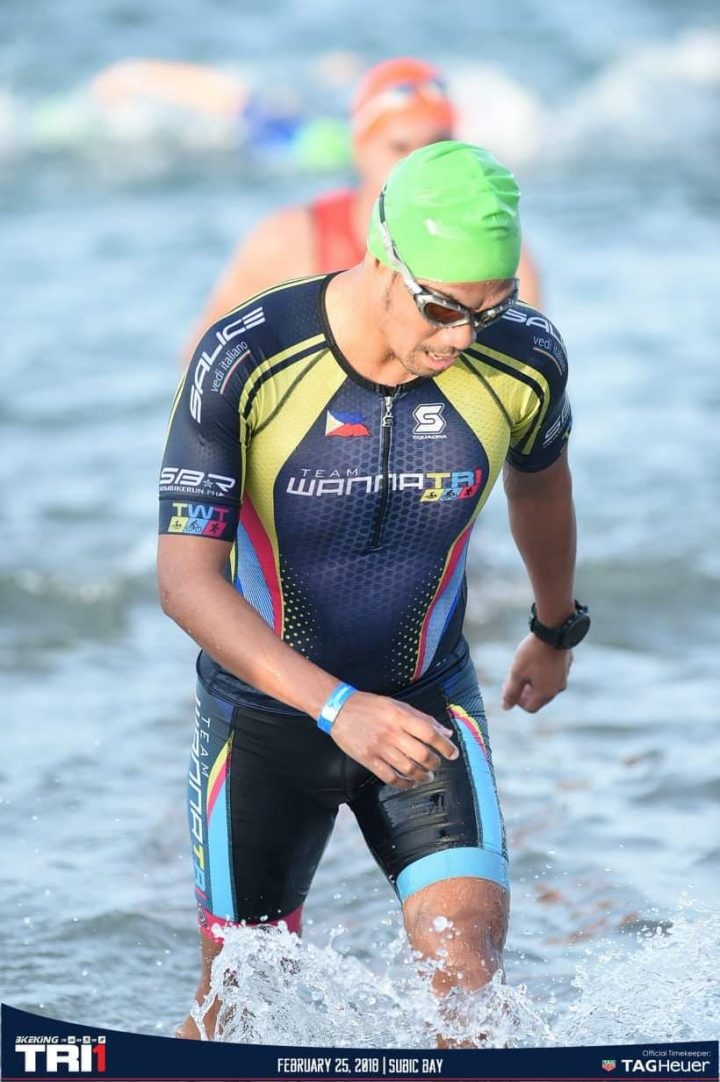 “They (people with dystonia) need our help, financially and medically. They need recognition. They need our support, and to at least be accepted in society,” says Jirome, calling for attention to be given to our less-fortunate brothers and sisters who are afflicted with dystonia.

He adds that a treatment procedure involving the insertion of deep brain stimulation (DBS) therapy device can help manage the disease, but it’s expensive, and far from the reach of these individuals. And his advocacy hopes to raise money to help fund DBS therapy procedures for others with dystonia.

I say a motivation mantra to myself, every time I enter the bike room at Ride Revolution, or at any time during class that I feel myself pulling away from giving it my all. I don’t know what everyone else whispers to themselves at moments like that, but here’s what I say:

“I want to be a strong rider because a strong rider inspired me to get better,” and in Jirome’s language, you can bet that he can that he says the same thing for himself when it comes to running with dystonia.

He sends a message to any and every person with dystonia, athlete, or not, to “just do what you love doing the most. Never let dystonia control your life.” And he galvanizes this message with every run he successfully finishes. Him winning back his active lifestyle despite his condition is a testament to everyone with dystonia to not lose hope.

He is strong because he hopes to inspire at least one—if not every—person with dystonia, to win back the life that dystonia had taken away from them. This fight isn’t just won by believing in yourself. This fight is won with people empowering other people to believe in each other. 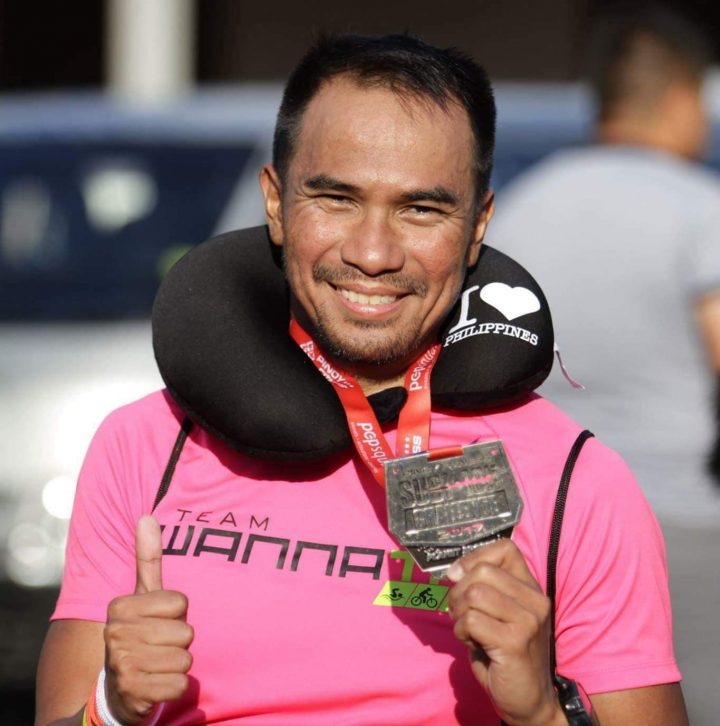 And so, he is Jirome de Castro, 43 years old, happily married and with 2 kids, a dystonic athlete, and he shows up at every starting line of a race, not just because he believes he can finish it. But because he wants everyone with dystonia to believe that they can also finish their races