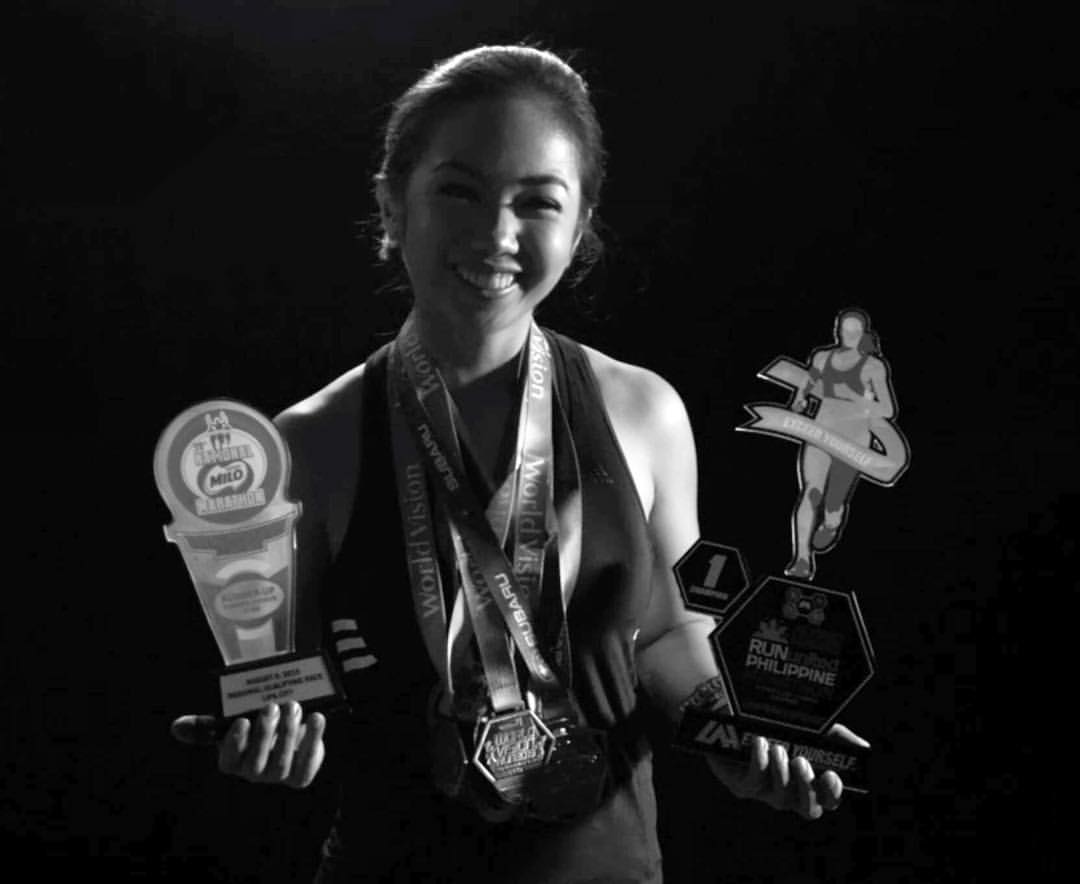 There’s a sure way you can get Lauren Lim to do something: tell her that it’s hard and that it can’t be done.

Someone told her it was hard to do a 21K; she signed up for the Nat Geo Run in 2015 and finished 8 minutes short of her 2:30 target time. She was told yet again that she couldn’t finish a full marathon; she’s now training to do her first 42K race, at The Bull Runner Dream Marathon, this coming February 21.

Lauren turns can’ts into cans. She goes out and just does it. 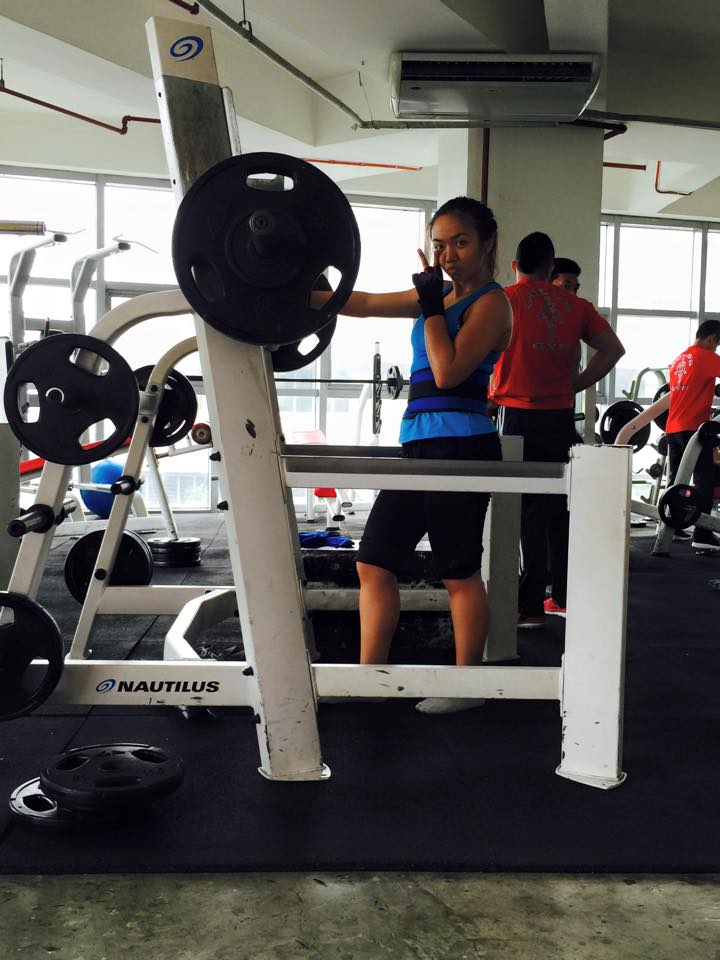 While she grew up sporty, running wasn’t her first love. The BS Management Major in Communications Technology graduate from the Ateneo de Manila University was into power lifting while she was in college.

Weighing 170 pounds, she eventually felt she was too bulky and heavy for her 5’3 frame and had to stop.

In 2014 she would discover her passion by accident.

“One of my friends called my mom and told her she wouldn’t be allowed to join the Color Manila Run if I wouldn’t be able to run with her,” Lauren recalls.

She was hesitant to do the 5K race but she eventually finished it, with a time of 1:30.

It was after her second 5K race (which she finished in 40 minutes) that she realized that running was actually fun. She wasn’t tired. Kaya pala. 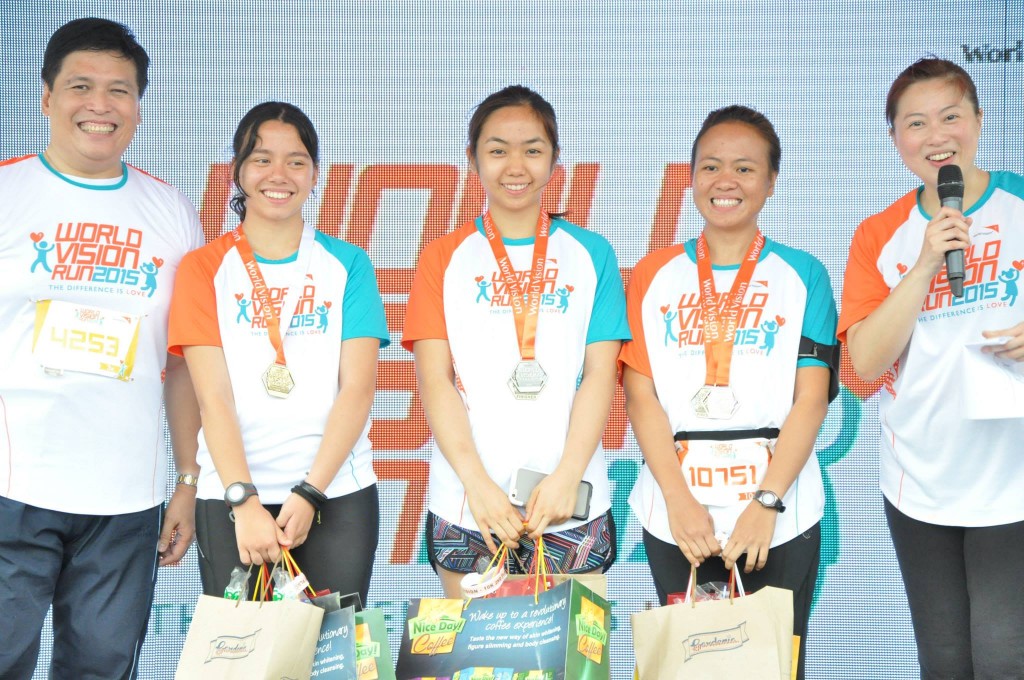 When she “accidentally” made it to the podium at the World Vision Run, she decided to take running seriously and decided that she actually needed a coach. Lauren now trains twice a week with Coach Titus Salazar at Ultra, Pasig or at the University of Makati Oval, waking up at 4am to make it to the 5:30am call time. She trains until around 7am then goes to work for their family business.

There was no stopping Lauren after that. She registered 10K for all the legs of the Run United Series, and bagged 1st overall in the 10K leg of Run United Philippine Marathon. Other runs she signed up for include Pinoy Fitness Sub 1 Challenge (10K, 56:50 minutes), Subaru Run (10K, 2nd place), and Milo Lipa (10K, 2nd place). 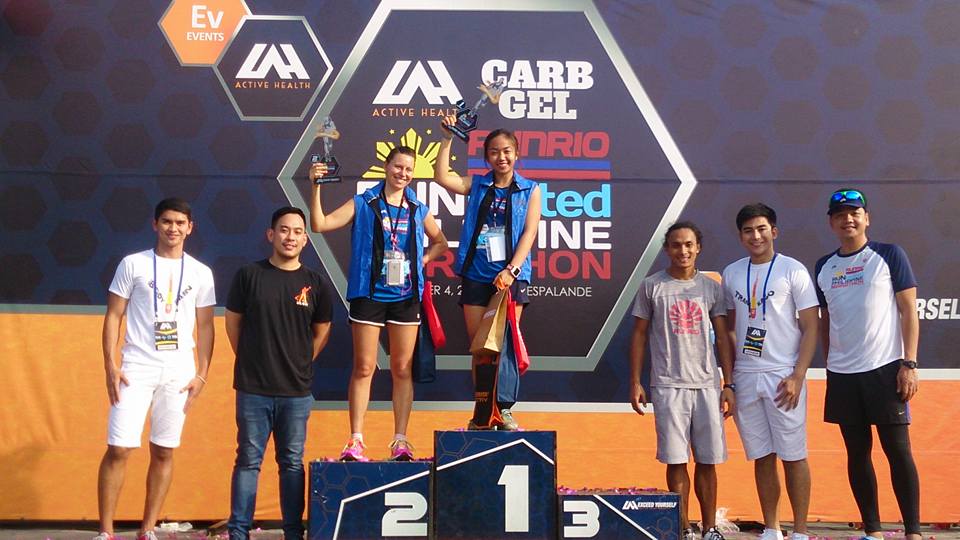 In between training days you could catch Lauren in Fitness First, where she does a mix of weight lifting and circuit training to strengthen her leg and core muscles, which would improve her balance – a must among runners. 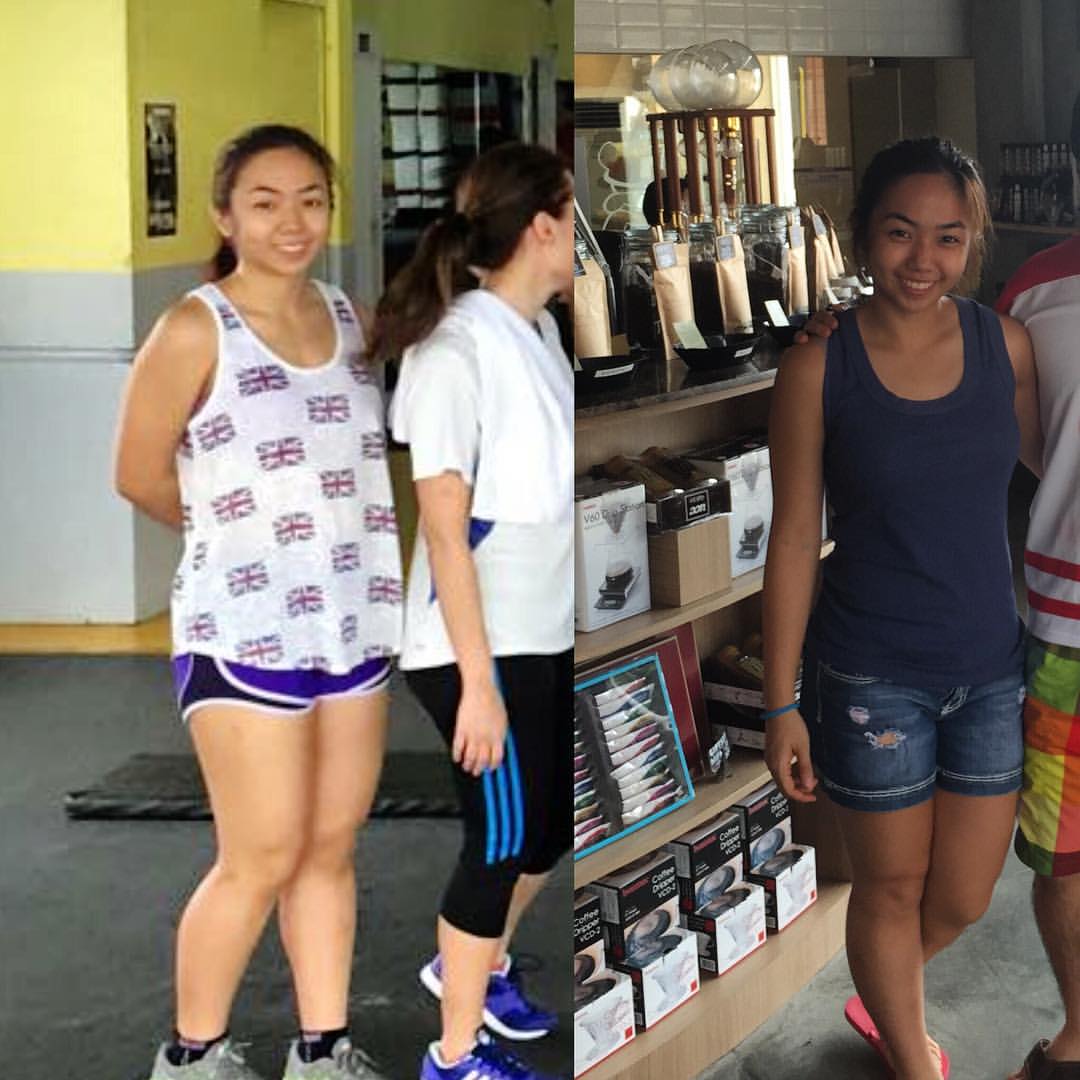 While she’s now lighter at 130 pounds, Lauren still wants to cut her body fat percentage from 26% to somewhere within the range of 17% – 20%.

Does she follow a strict diet? “I just don’t eat fried food,” she replies. She also stays away from junk food.

Everything else she eats in moderation, and that includes rice, and the occasional cake and cookies.

In fact, she always rewards herself with ice cream from Family Mart after a race!

Speaking of running rituals, Lauren doesn’t look at or try on her singlet until race day. She just leaves it in her closet or has her sister keep it for her because it makes her nervous.

She also doesn’t run with music. This has made her comfortable being alone with her thoughts, which has made her mentally tough. 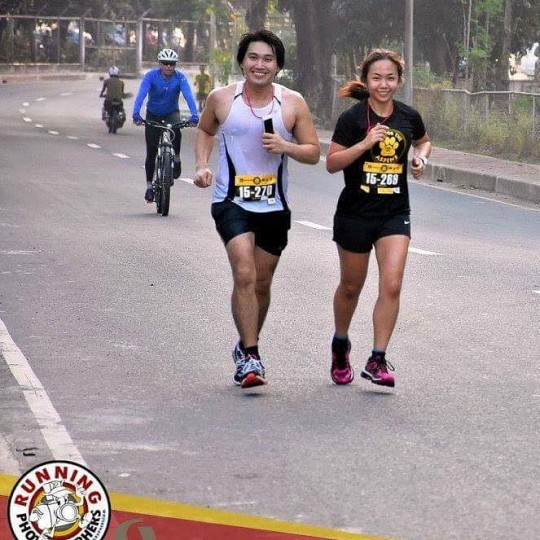 Lauren gets running advice not only from her coach but also from veteran runners; one of the tips that she took to heart was how to breathe properly.

Now that she has a number of races under her belt, Lauren says that “the best advice that I could give aspiring runners is that even before they start running, they should get the right shoes.”

“It’s so hard to get injured,” she stresses.

She learned this the hard way: Lauren suffered from plantar fasciitis after her first 21k in 2015 because she was wearing the wrong running shoes.

Lauren says it would also help aspiring runners to join a running group.

“The running community is nice in general,” she smiles.

Aside from being a part of Team Titus and being invited to different running groups, Lauren also has the solid support of her best friend, Ralph Du, who paces her during her runs.

Asked to describe how he helps her, Lauren says, “he’s just there.” Her parents feel safe knowing she has a friend accompanying her during training runs and races, especially if those are in far places like Nuvali in Laguna.

Ralph acts as her lookout.

Aside from Ralph, runners like Coach Mherlz Lumagbas and marathoner Cellirose Jaro inspire her and push her to be the best runner she can be.

Lauren sees herself running for as long as she can, saying that it has changed her for the better.

“I feel I’m more disciplined now. I learned the value of patience and hard work,” she explains.

“It may sound corny, but running made me feel complete.”

Running also taught her the importance of camaraderie and healthy competition.

“Before, it was all about me, me, me. I’d compare myself with other people, even with guys. I’d be competitive, but not friendly competitive.” 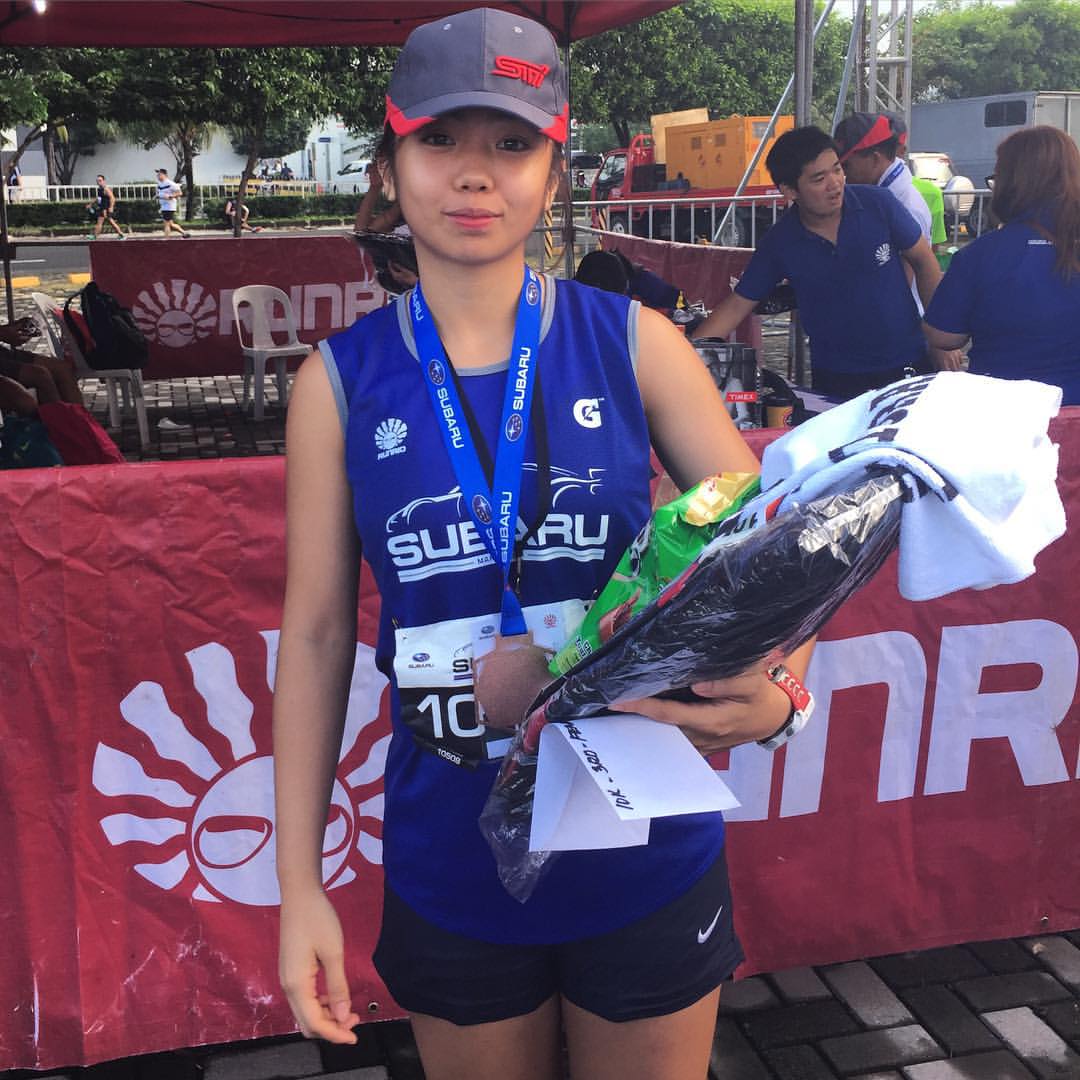 “Running isn’t just about yourself. Running is about being with other people and having fun.”

She’s happy seeing other runners excel and succeed, and wants to inspire more people to get into an active and healthy lifestyle.

“I’ve found my passion. Everything else (losing weight, winning) is just a bonus.” – END