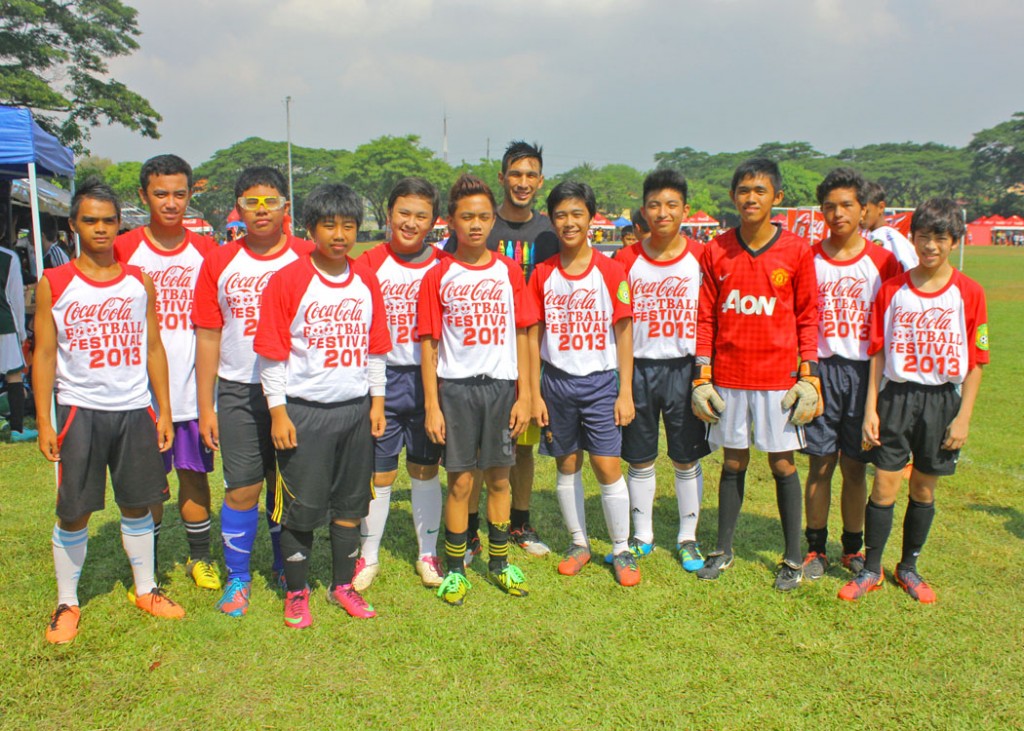 Football is definitely emerging as the next choice sporting event to watch out for second from basketball in our local sports scene.

The 3rd Coca-Cola Football Festival was a sure fire success and has been made possible in a collaborative effort between Coca-Cola Philippines, Powerade, Makati Football Club, Alabang Football School, Alabang Country Club and the NCR Football Association. 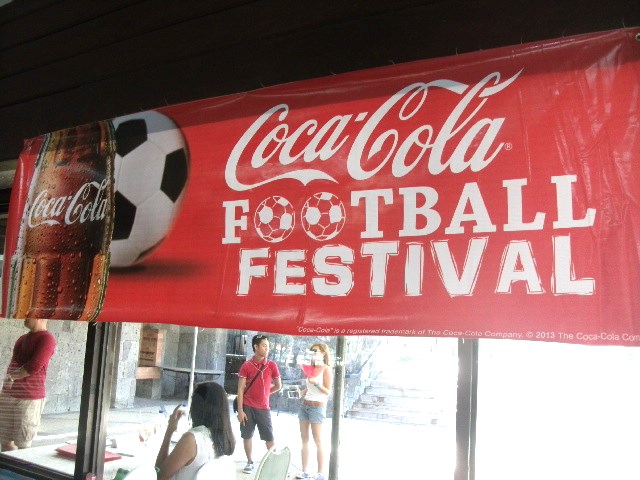 Various football teams who traveled as far as Masbate and Batangas, emerged as champions in the third year run of Coca-Cola Football Festival—one of the biggest leagues in the Philippines for young football hopefuls—held May 4 and 5, 2013 at the Alabang Country Club and PINOYFITNESS was among those invited to witness such a great sporting event.

Attended by more than 2,700 football enthusiasts in over 180 teams, the 2-day festival saw over 1,000 goals within 562 matches that took place across 22 football fields. The player’s who’s ages ranged from 3 to 17 years old played mostly under the scorching heat were properly hydrated courtesy of Powerade and Wilkins Mineral Water.

The football festival followed the 7A Side Football Format which limited each team to only 7 players. Only one team per club or school per division is allowed to join the cup.

“We are encouraged by the fact that more individuals are taking interest in the sport which now has an estimated 100,000 players nationwide according to our partner NCRFA,” shares Atty. Adel Tamano, Vice President for Public Affairs and Communications, Coca-Cola Philippines. 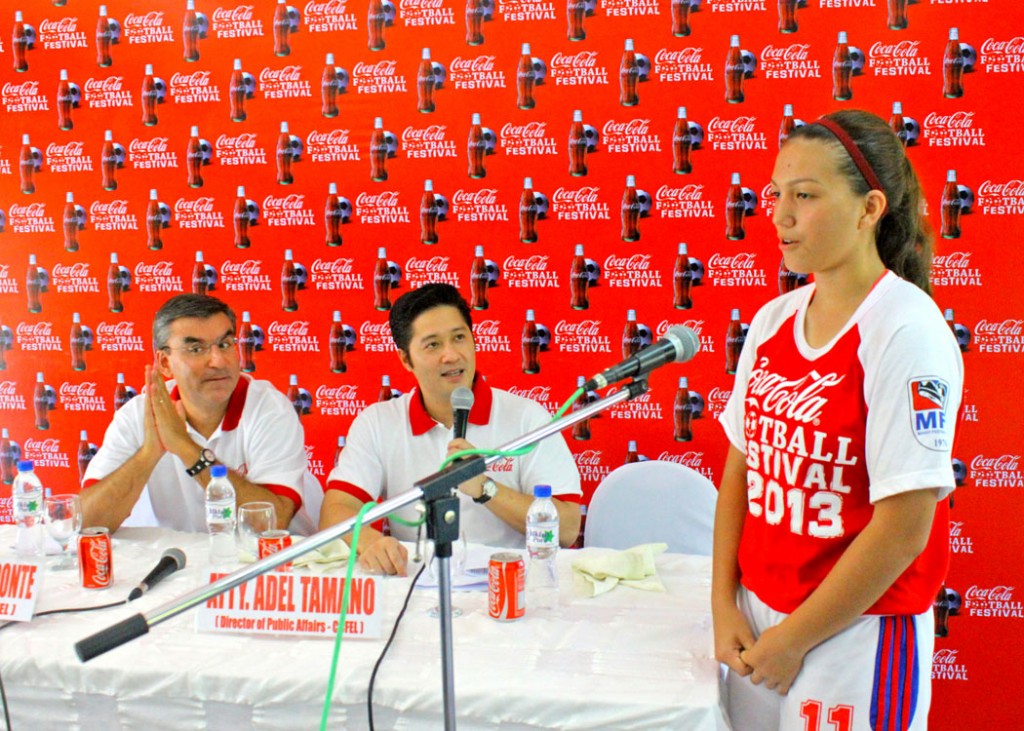 Our emerging football leagues are blessed with a lot of young hopefuls who at their tender ages are taking their games seriously and with passion. These qualities were eminent in high school footballers Daryll Anne, Kiera, Aldrin and Jervy whom we met during the press briefing who are likely to be the future Anton Del Rosario or Phil and James Younghusband.

“Basketball remains as the national past time here in the Philippines,” shares Guillermo Aponte, President and General Manager of Coca-Cola Philippines. “But our national football team took home recognition from international leagues and interest and love for the sport began to spread fast. The growth of our league went alongside this trend. Coca-Cola is proud to be one of the first to support football in the early years through this festival.”

Mr. Aponte, a native of Columbia is an avid squash player for the past 30 years and regularly plays the sport at least four times a week. “That is how I remain active and healthy despite the demands of our job.”

His children also got the chance to play and represent their schools which even made him a prouder father. “This event is an affirmation of the company’s commitment towards active, healthy living. Nothing beats a family’s bonding moment watching and supporting their kids in their choice of sport,” emphasized Mr. Aponte. 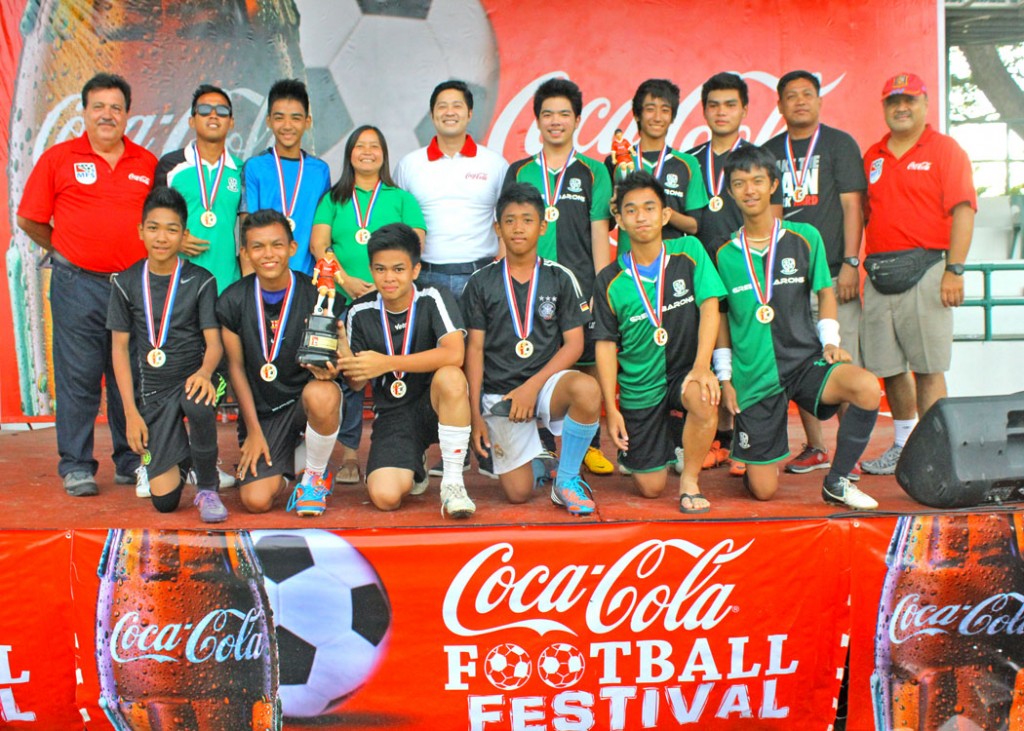 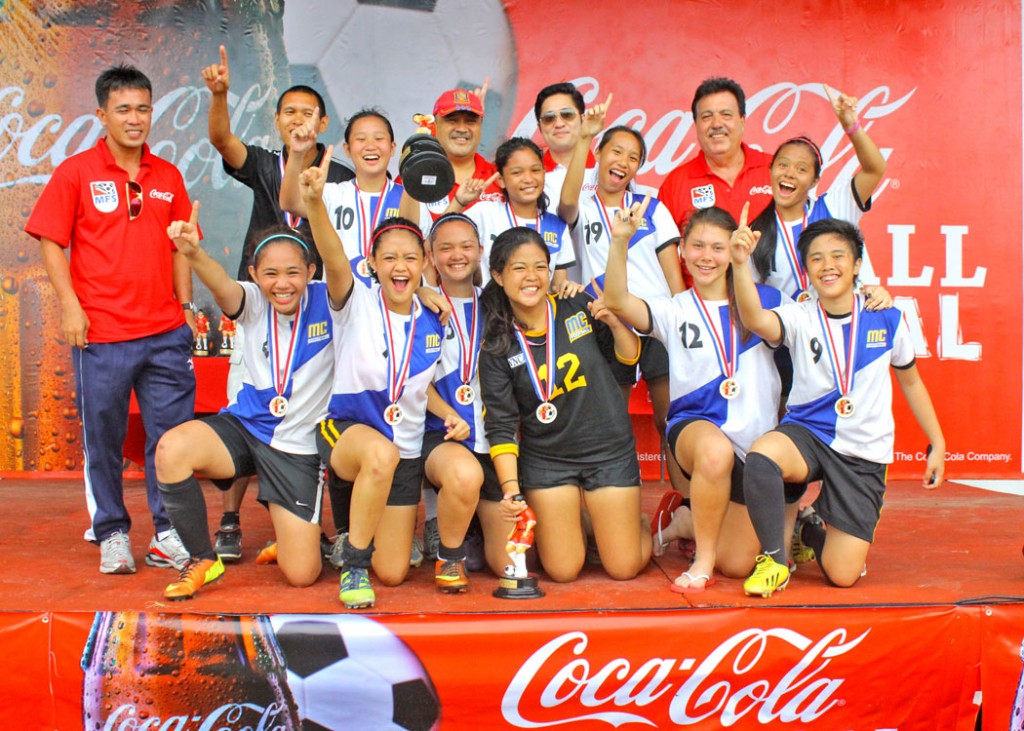 “This festival is a celebration of family, friendship, and our children’s talent. We are very thankful that the festival has expanded and grown over the last 3 years. And it is our vision to reach out and inspire more youth to be more active and to make this Coca-Cola Festival a national one,” concludes Mr. Aponte.

Aside from football, Coca-Cola is also involved in other healthy active living initiatives which includes a youth basketball league Coca-Cola PBA Youngstars which aims to impact 7,000 teens; dance which reaches 20,000 participants and running which engages 700,000 runners.

The Coca-Cola Company is now working on having active healthy living programs in over 200 countries operational by 2015.

And with a dedicated beverage company like Coca-Cola at the helm, expect more exciting and life-changing sporting events and to help inspire more future athletes. 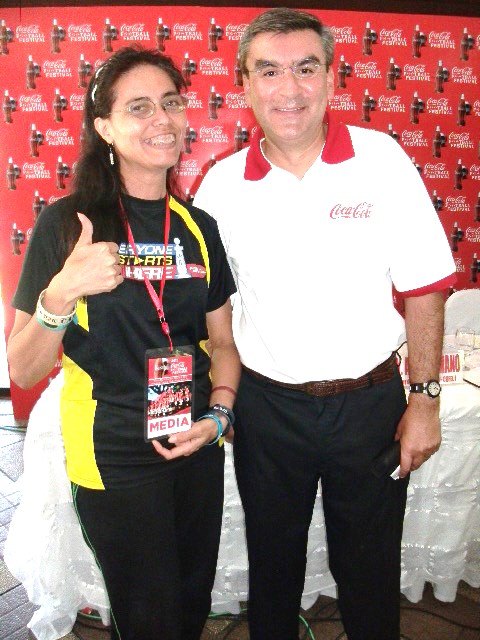 Many thanks to Bessie Arciga of Coca-Cola Philippines; Anna Maria Cabrera and Estar Suma-oy of GreenBulb PR and to PINOYFITNESS for covering another exciting event.