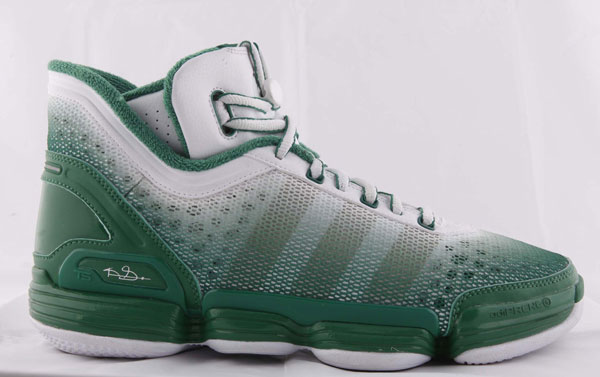 This July 2010, Adidas gives you basketball experience like never before…

Adidas creates another fresh and creative shoe innovation in basketball. Feel the excitement and momentum in every game with the new Adidas TS Heat Check. The Adidas TS Heat Check technology is the first of its kind in the market. It allows athletes to monitor their performance through a technology that changes the color of the iconic three stripes as the intensity of the game heats up.

The Adidas TS Heat Check indicates the player’s performance in court. The iconic three stripes activate as the player heats up. It is packed with heat sensitive materials that indicate coolness to hotness as it turns to white once the player’s energy is unleashed. Enter the zone of intense excitement as the player busts his moves and consecutively score points for the team.

With Puremotion Technology embedded in its sole, TS Heat Check enhances the natural movement of the player’s foot for more speed, power and agility. The outsole technology allows the foot to become fluid and play natural. It has a stability triangle that increases lateral stability, cushion, traction, and acceleration. It makes the foot and the shoe perform as one.

It is designed with mesh and synthetic leather, which allows your feet to feel cool even if the player is in a scoring streak. It gives the user the option to tuck the collar in and out with the two-tired lacing system to enhance ankle-support and better lock-down. The Adidas TS Heat Check is available this July in Green, Blue and White.

IT’S ON ME TO TURN UP THE HEAT

With the theme Its on me, for we, several players take the lead in trying to make a difference by taking their respective teams to victory as this year’s UAAP Season 73 and NCAA Season 86 heats up to its maximum point. Feel the heat with amazing score-streaking moments in the NCAA Season 86 and UAAP Season 73 with Adidas TS Heat Check.

Second year player Ron Pascual of the NCAA, San Sebastian College recalls vividly last season’s heat check moment as his team won the championship. He shares that “Focus and dedication were two of the main factors that lead their team to victory. I felt rewarded each time our team scored. Game 2 during the championships was the most exciting game last season.”

Also a second year player, Point Guard Kevin Alas of Letran promises to show leadership on and off court to make this season more exciting. “I will do my best by focusing on defense to challenge our opponents and try make things more exciting this season.”

Jeric Teng of the University of Sto. Tomas (UST) won’t forget the thrilling feeling he had as he makes the first score in of his matches against the University of the Philippines (UP) Fighting Maroons last season. “For me, that was the start of excitement in that game. I am also looking forward to UAAP Season 73. With passion and motivation, I will also help lead my team, especially the freshmen, to win this season” 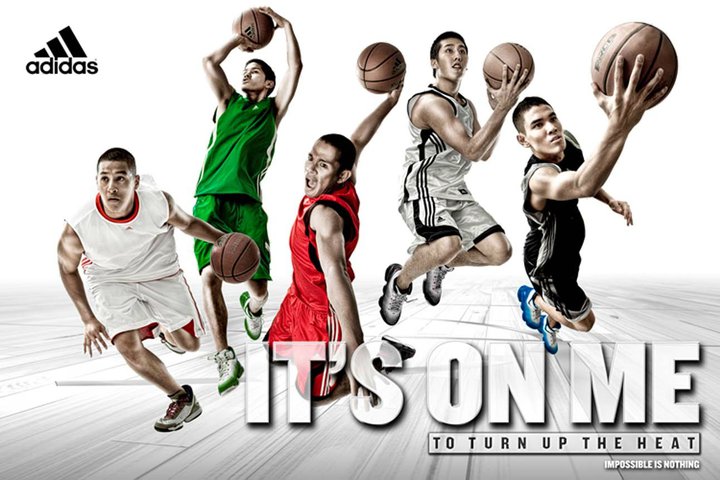 For rookies of the De La Salle Green Archers Luigi de la Paz and Mike Silungan of The UP Fighting Maroons, both are looking forward to a fun and intense UAAP Season. For first timers in the UAAP, they simply both want to give their best for an intense season. Both also share how they love the Adidas TS Heat Check stripes change its color because it’s something fresh, new and unique. Luigi adds, that “it indicates how one is stepping into the zone where all their passion, drive, motivation and energy heats up the game they love to play, making it more exciting.”

Improve your game with the new Adidas Heat Check. Get the hottest basketball shoes and make this season truly exciting with amazing shots that will take you and your team to victory. For more information, join the Adidas Philippines fanpage in Facebook.