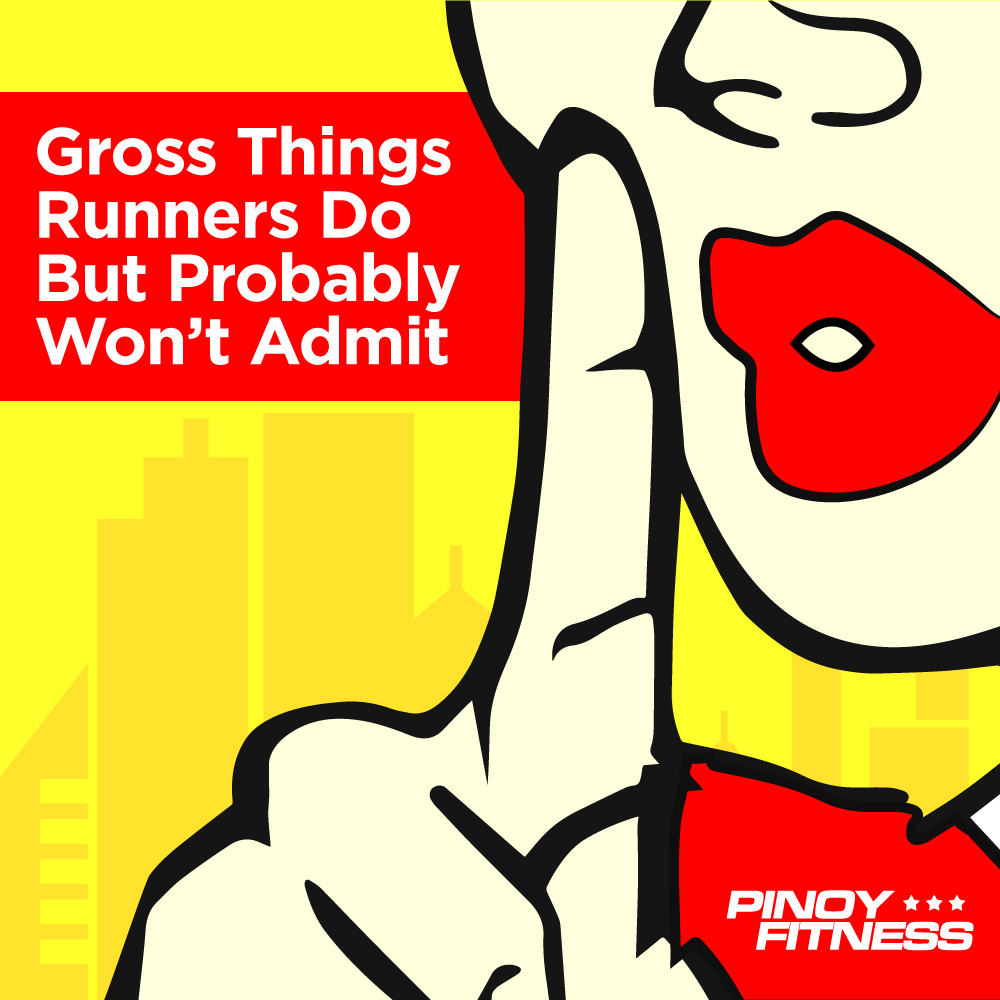 Even the fittest and fastest runners are human, after all. Like the rest of us, they’re capable of doing unsexy things. Here are some of the um, strange things runners do or are capable of doing, but probably Won’t really admit it.

1. Use worn workout clothes more than once

So you forget to do your laundry for this weekend’s long run and ran out of dri-fit shirts. The solution: grab one from the laundry basket, air it out, and you’re all set, “papawisan lang naman din ulit right?” right? And let’s see, socks used yesterday are still okay… good.

2. Pop blisters on their feet

Got blisters after your last long run? Just as some people have a habit of picking on the scabs of their wounds, some runners like to pick on the blisters on their feet to let the fluids ooze out. We cannot.

if you do pop, make sure you apply an antiseptic like Betadine to prevent infection.

If you run with underwear, chances are you have already experienced a running wedgie, and some runners don’t care where they are: if there’s fabric stuck in between their butt cracks, they will find it and they will get it out of the way.

Want to prevent this from happening? Upgrade to compression shorts and ditch the underwear.

4. Blow their nose on their running shirt

No tissue? No problem! Their shirt can serve as a face towel, too. Well at least they didn’t blow it out on the side streets, when you’re just about to run by.

5. Pee along the race course

If the nearest portalet is still 5KM away, some runners who have to let it all out, just let it all out. Plus, we’ve heard of trail runners who do Number 2 in the bushes somewhere. Do they have wet wipes with them, you ask? We’ve heard stories, but what you don’t know won’t hurt you.

6. Peel off a dead toenail

Runners look at a dead toenail as a trophy, an evidence of how hardcore they are. If they can keep it in a jar as a remembrance of wasak training days, they would.

Don’t say we didn’t warn you. Endorphins are high, Hug is good.