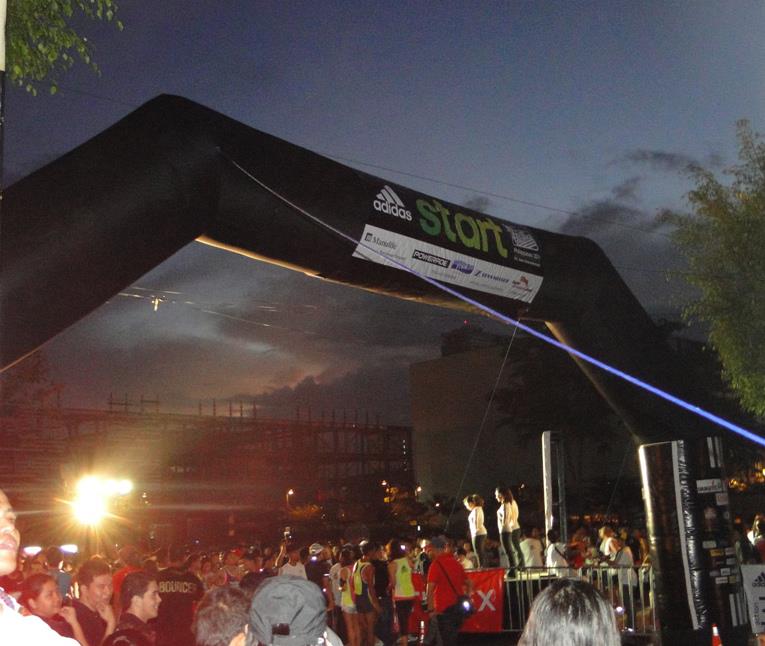 It’s been days since the awaited adidas event of the year – King of the Road 2011 – and people from the running community are still raving about it. According to spectators, KOTR 2011 was well managed and organized. Even the weather cooperated. 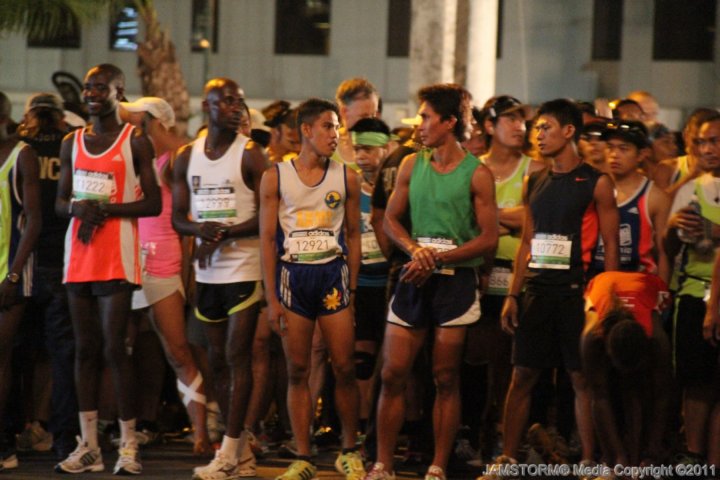 Participated by an estimated 14,000 runners who trooped at the Bonifacio Global City (BGC) wearing this year’s colorful themed singlets of blue, orange, red, pink, and lime green, arrived as early as 3AM. Each one determined to conquer and break their personal best times for 5K and 21Ks. The championship distance of 16.8K was the highlight of the race which brought in the best runners from Thailand, Singapore, Indonesia and Malaysia to compete with our Pinoy elites for the coveted title. 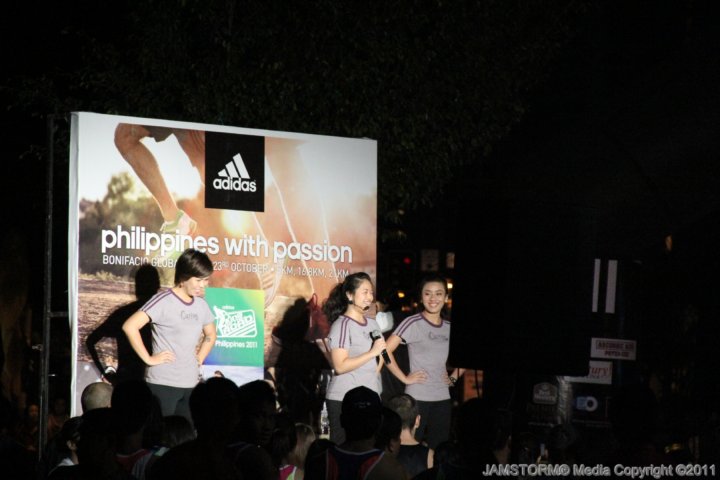 Warm up onstage was courtesy of Curves Manila. Gunstarts were prompt while the crowd was divided into waves to avoid spillover on certain areas. KOTR 2011 Philippines was made more memorable with the presence of the Country Manager from adidas Indonesia. Runners flashed their best smiles, serious running poses and wacky gestures to catch the attention of volunteer photographers positioned in strategic spots. 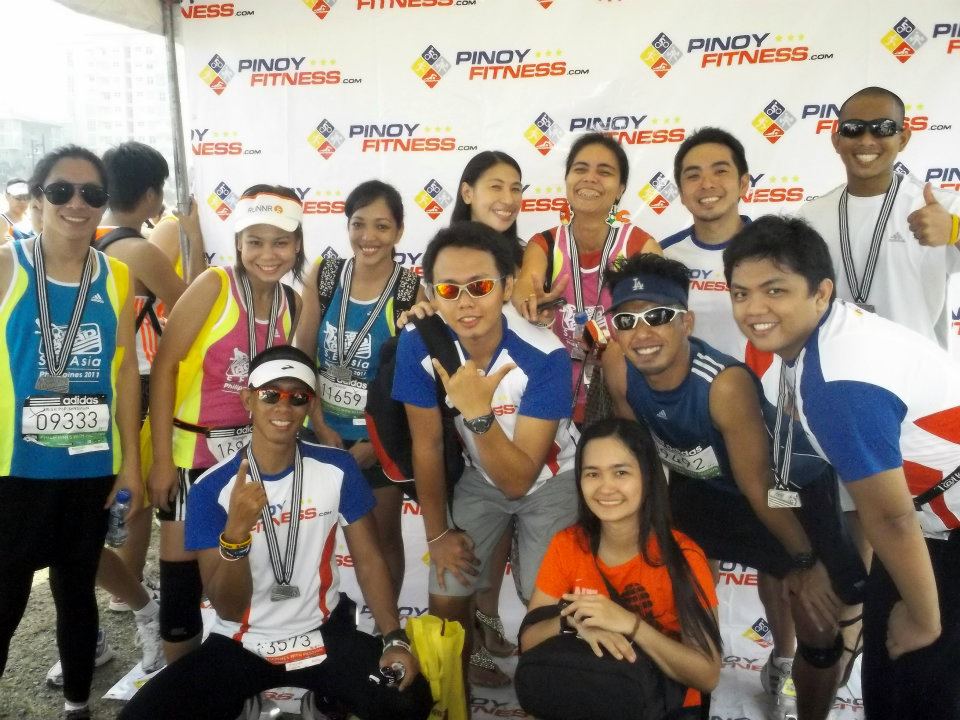 KOTR’s event sponsors, the same companies who were present during the 3-day Kick Off gave a lot of exciting items and freebies before, during and after the race to the delight of all runners. Pinoyfitness.com was privileged to be one of the online media sponsors. 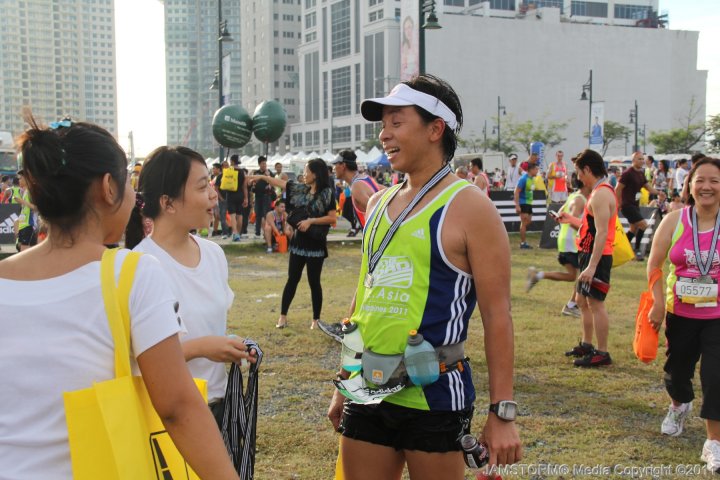 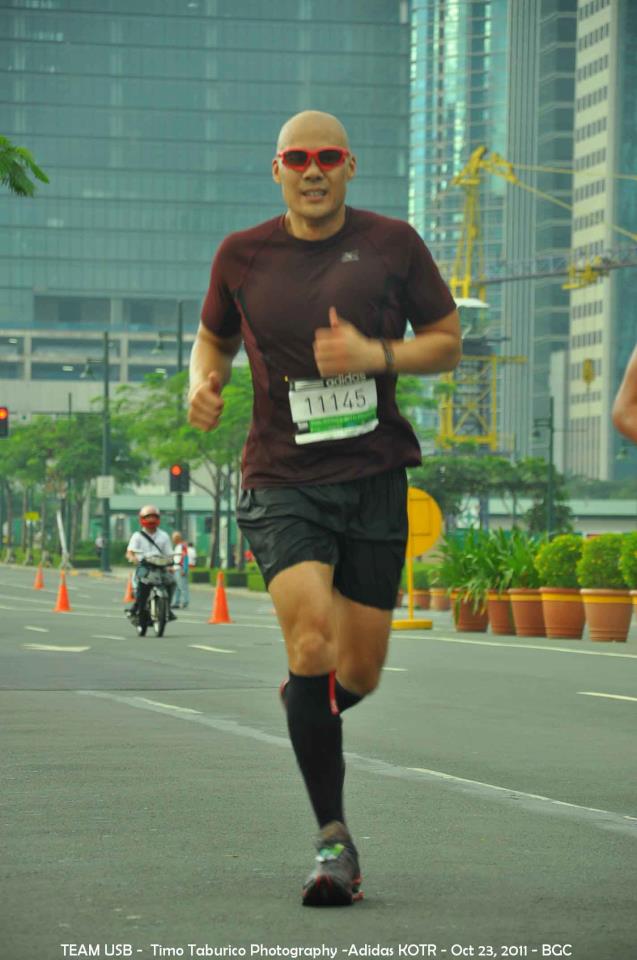 Some of the spotted celebrities who gave out their all were Robbi Domingo, Kuya Kim Atienza, Amazing Race Asia’s Rich Hardin, Iza Calzado, Jean Garcia, Karylle, Will de Vaughn, Drew Arellano and Rovilson Fernandez among others. Runners had a fun time mingling and getting their photo taken with these stars.

RunRio was tapped to handle the race logistics and Coach Rio dela Cruz and his team made sure that all runners were well hydrated, proper distance markers visible, medics and ambulances on hand to attend to runner’s emergency needs, safety and well-coordinated traffic management, ample portalets and courteous marshals were assigned all throughout the route.

Distribution of the Finisher’s Kits and Medals were smooth and orderly. Participants had an organized and favorable experience as well with the baggage counters.
The event was capped with the awarding ceremony of Top Finishers to the 5K and 21K Open categories while the 16.8K had Open/Closed divisions for male and female Top Finishers. DJ Rico Robles and BTV’s Riki Flores did a splendid hosting job from start to finish.

Just few hours after the race, the adidas Philippines FaceBook page was flooded with compliments and kudos from running enthusiasts all of which are gearing up this early for KOTR 2012!