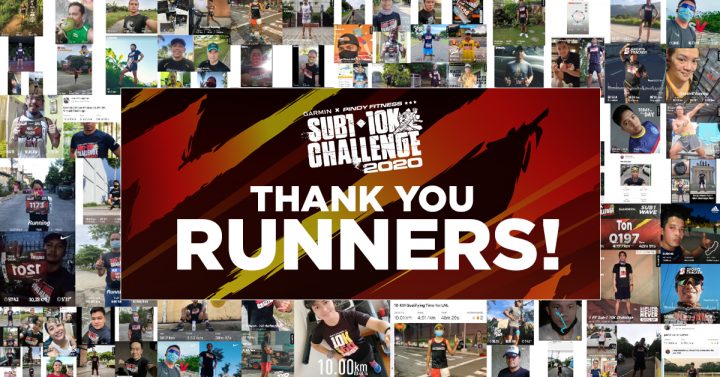 Pinoy runners once again succeeded in proving their mettle as they refused to be hindered by COVID-19 from participating in this year’s Garmin x Pinoy Fitness SUB1 10K Challenge – virtually, that is.

The COVID-19 pandemic and succeeding quarantine protocols implemented led to the postponement of the much-awaited running event which was supposedly set to take place on April 5 at the SM Mall of Asia By the Bay.

Not wanting to disappoint those who’ve registered and wanted to register for the event, the organizers were quick to modify it to better suit virtual platforms – a solution that was, thankfully, welcomed by participants. It then took place as a virtual race via the PF Atleta App and ran from July 15 to August 2, 2020.

At 4 pm on Sunday, the challenge was concluded as the submission for run times was officially closed. By the closing of the event, a total of more than 1,000 participants broke the 1-hour barrier and ran their fastest 10K, with the shortest time of completion recorded being 00:34:00.

Check out where you placed in the Top 500 runners.

Innovation paired with determination to serve the fitness community also paved the way for brand new possibilities for runners. Through the PF Atleta App, the organizers of the race hoped to give race access unlike never before to runners who want to but so far weren’t able to participate in the challenge.

But ultimately, the successful turnout of this year’s iteration of the iconic race surpassed expectations…because of the people who make up the running community.

We saw participants from indoor runners, outdoors on the ground and out at sea on a boat, and in not just other provinces but countries too. Thousands of runners who would not have been able to participate due to geographical challenges got the chance to take it on as much as others who could. Opportunities that would not have been possible without the technologies available to us today and the groundbreaking ideas that seek to contribute good in our online spaces.

But ultimately, the successful turnout of this year’s iteration of the iconic race surpassed expectations set in consideration of the challenges because of the people who make up the running community. As with all things in fitness, the barriers and challenges are but to enthusiasts things to overcome, focusing on the greater reward that comes after. This year’s SUB1 10K was a testament to that fact – demonstrating the infallible resilience and adaptability of the running community.

Even the post-challenge festivities found a special virtual venue on Facebook. Awards and raffles were hosted online via a Facebook live video, and in the comments section, participants and supporters cheered and celebrated with no less the enthusiasm that they show if it had been held on a vast events ground and a stage in front, podium, and Pinoy Fitness President Jeff Lo giving his personal thanks to everyone.

Watch back to it, here.

This race is co-presented by Garmin Philippines and sponsored by Rudy Project, Saucony Philippines, Pocari Sweat, Shure, Salonpas. Pepsquad Events and Marketing is the official partner of the race.

Everything for and by community

Expressing his thanks to the participants and the fitness community in general, Pinoy Fitness’ Jeff Lo shares a candid message of thanks to all who showed their support for this year’s event saying, “maraming pasasalamat talaga kami sa lahat ng mga runners na tuluyang sumuporta sa race namin despite the ongoing pandemic.”

(We owe a lot of thanks to all the runners who continued to support the race despite the ongoing pandemic.)

He expressed that the hopes for the race before the COVID-19 struck was to make it the ‘biggest and best road race for SUB1’ but that due to current conditions, migration to online platforms was the best option.

The PF Atleta App also hosts a number of other challenges – from races to indoor workouts – that aim to help people start or continue their fitness journeys. You may download it through the website, or through Google Playstore for Android users and Apple Store for iOS.

For those who still want to participate in the Garmin x Pinoy Fitness SUB1 10K Challenge, the race organizers have extended the period for race log submissions until Monday, August 31. Registration has also been extended until August 15.

Participated in this year’s Garmin x Pinoy Fitness SUB1 10K Challenge? There’s a dedicated Facebook profile picture frame you can apply on your photos to proudly say that you are a proud finisher. Try it out! 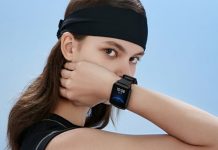