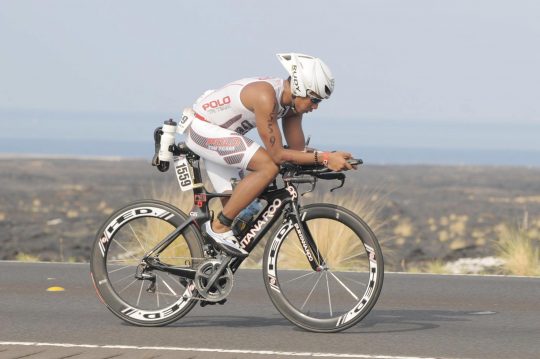 Triathlete Ferdinand Catabian is Back in the Game

There are people who think Ferdinand Catabian has already reached the peak of his triathlon career and is no longer a competitor to reckon with.

After all, he placed 3rd in the Elite category of the 2009 Ironman 70.3 in Cam Sur; qualified for Ironman World Championships in Kona, Hawaii in 2011; was the fastest Filipino age grouper during the 2013 Ironman 70.3 in Cebu; and has raced in two more 70.3s in Australia during that same year. Then he suddenly disappeared from the sport.

“I wanted to try other things,” he explained.

He no longer has his A-game, right? Sorry to disappoint you guys, but he’s not done yet. 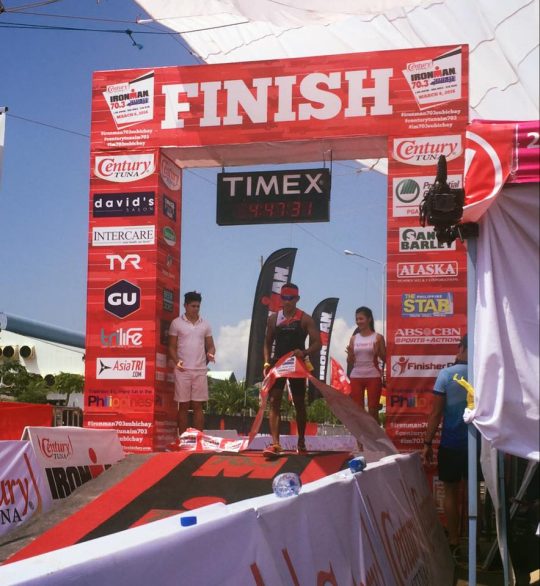 Yes, he’s definitely back. And he’s aiming be the fastest Filipino age grouper once again. 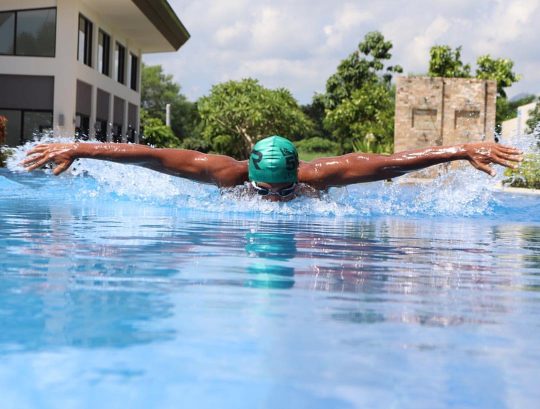 Getting hooked on Tri

A varsity swimmer during his grade school and high school years at Xavier School and a former member of the Philippine National Swimming Team, Ferds stopped doing sports all together after college, which led him to gain a lot of weight.

“I was as big as a bouncer,” he recalls.

Looking for an activity that he and his fiancé Karen could do together, the couple got themselves bikes in 2007. A friend eventually invited him to join a NAGT race in Ayala Alabang and it was there that he got hooked.

Apart from SBR training 7 days a week, Ferds credits CrossFit for his excellent performance during races.

A Level 2 Certified coach, he says the workout helped him get into the best shape of his life.

“Even at the elite level, most of the triathlon workouts are the same,” he explains. “Everyone more or less swims, bikes, and runs at the same speed. It’s always the person who has the proper form and can sustain the same level of performance all throughout a race, wins.”

What CrossFit does, Ferds says, is it strengthens core muscles, enabling them to support the upper body.

“You’ll notice that runners with weak back and core muscles slouch forward because these could no longer support the weight.”

“If you have a strong core, you can support your torso, maintain proper running form, and run faster.”

Having a strong core will also boost swim and bike performance, he says.

Burned out from training? Ferds shares tips on how to get back in the groove. 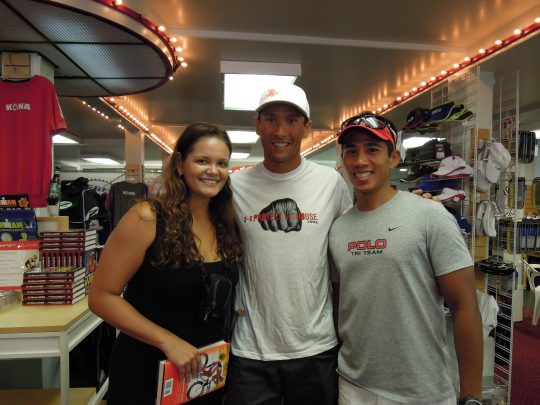 His fiancé Karen is not the typical triathlete significant other. She studies the race course, goes with him to race briefings, tracks his performance online, and is present at every transition area to give him a head’s up on competitors behind and ahead of him so he can adjust his strategy on each leg.

The teamwork has made each victory sweeter. Asked what drives him to push his limits, Ferds says he loves the feeling of winning and proving those who say he couldn’t do it wrong.

“It challenges me when people think I’m not a contender anymore,” he smiles.

He appreciates the personal accountability in triathlon. “Whether you did the work, or didn’t do the work, you’re the only one responsible for the outcome.”

Moreover, he likes how the sport challenges not only physical strength, but mental toughness as well. “There are athletes who are strong during training but are afraid to feel pain during the actual race.”

When he has to dig deep, Ferds thinks of his family and all the sacrifices they have made for him. “It gives me extra energy,” he adds.

But in the event that his performance does not meet expectations, he takes it all in stride.

Whether you’re a newbie or a veteran, Ferds says it’s important to focus on training smart.

“I treat it as a learning experience,” he says.

“There are a lot of things that could go wrong during a triathlon because of how long it is. I ask myself if I did my nutrition right or if I pushed myself too hard early on in the race. I take note of the things I did wrong to make sure that it doesn’t happen again.”

With the Ironman 70.3 in Cebu just a few days away, will Ferds be able to use his experience to race smart, finish strong, and be on top of the game once again? We can’t wait to see what happens next.