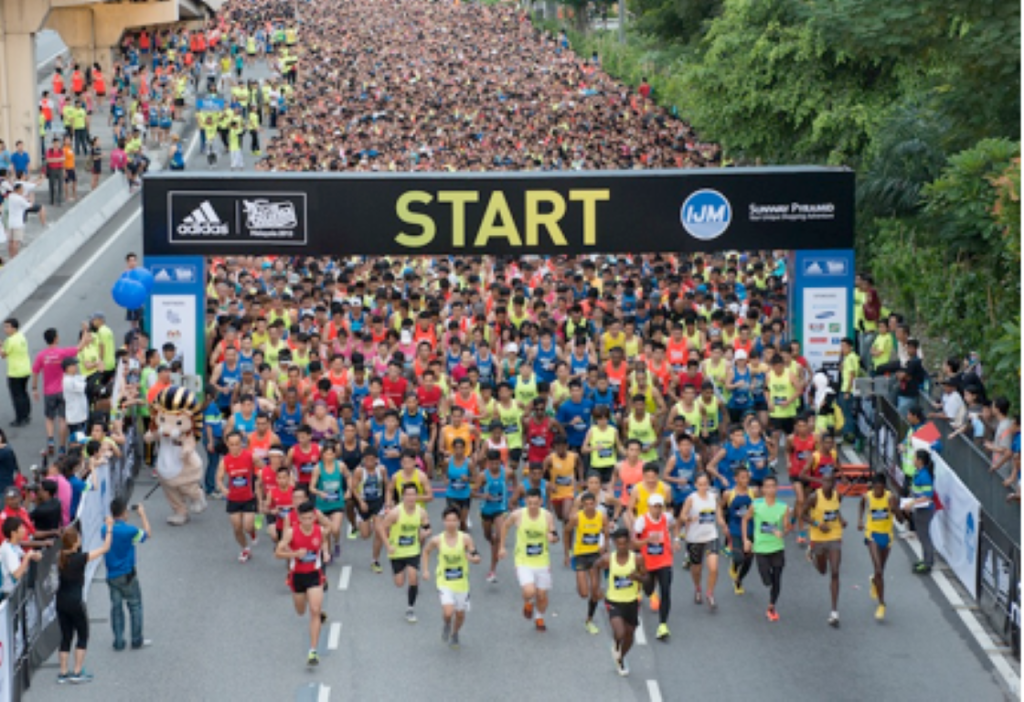 Petaling Jaya, 20th October 2013 – Filipina runner Mary Grace Delos Santos was recently crowned Queen of the Road in the final leg of the adidas King of the Road (KOTR) South East Asia, clocking in 1 hour and 3 minutes for the 16.8km distance. 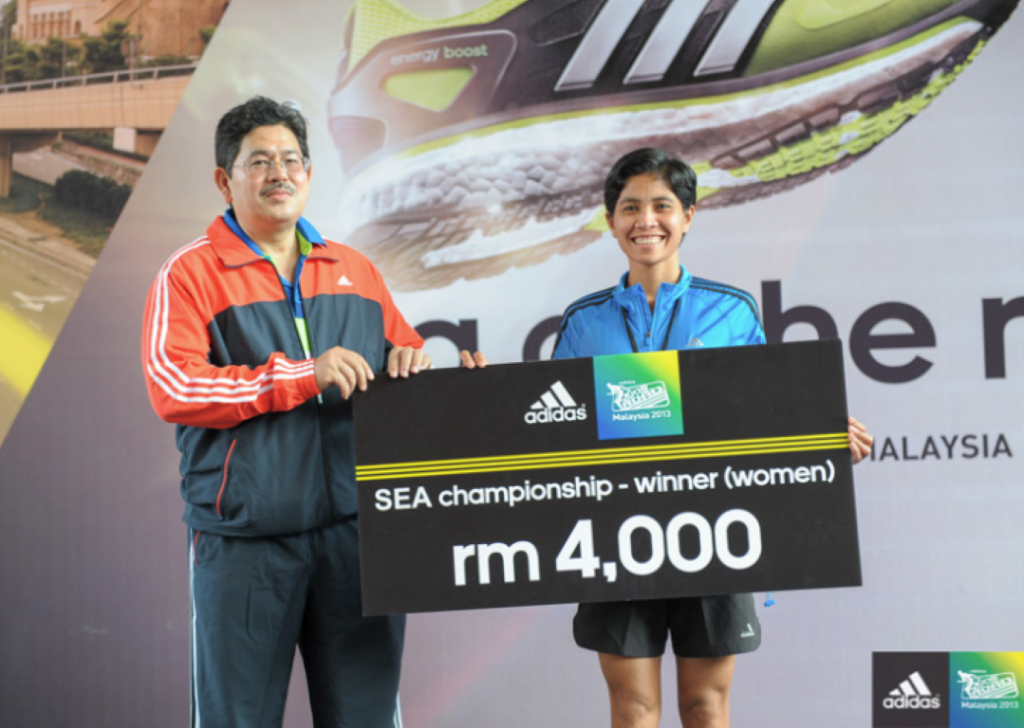 Passion and determination filled the air when 11,000 runners came together in Malaysia to participate in the last leg of this year’s adidas King of the Road. Held along the New Pantai Expressway Highway, the run marks the 15th edition which was officially flagged off by Y. Bhg. Dato’ Mohd Shafiq B. Abdullah of the Ministry of Works.

The run, which has a unique elevated route across three key districts – Subang Jaya, Petaling Jaya and Kuala Lumpur, also played host as the final leg of the prestigious running event 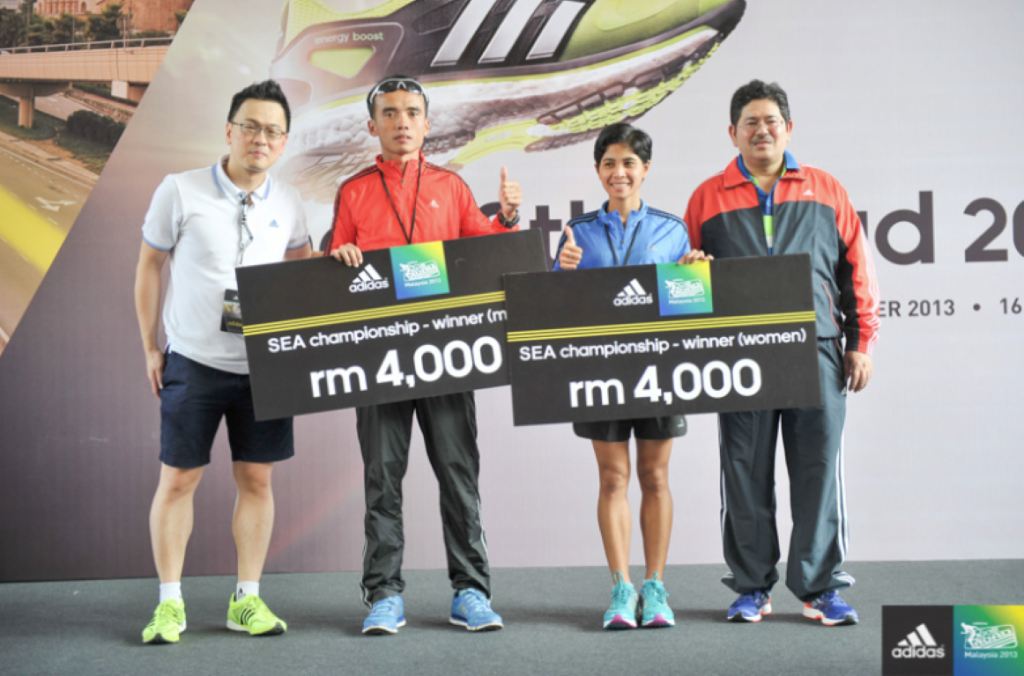 The top two reigning champions from the Philippines, Thailand, Indonesia and Malaysia came together to compete for this year’s Regional adidas KOTR run, with the crown going to Sgt Boonthung Srisung of Thailand who completed the 16.8K SEA men’s category run in 52 minutes and 35 seconds and Delos Santos of the Philippines for the women’s category.

Delos Santos earned her ticket to the finals by being the defending champion of last year’s adidas KOTR Southeast Asia in Singapore. Fellow Filipinos Eduardo Buenavista and Mary Joy Tabal also joined her in the 16.8K run by being the first place finishers in their respective categories in the Philippine leg of the KOTR this year. Tabal finished strong, only a minute behind Delos Santos.

The theme for this year’s race is ‘Boost your run’, inspired by the latest adidas BOOST™ foam innovation which has revolutionized the running world with its debut in the market earlier this year. The new adidas BOOST™ range features groundbreaking cushioning technology, which provides the highest energy return in the running industry.

adidas has a long standing history in running and athletics dating back to 1928 when its founder, Adi Dassler, supplied Una Radke with a handmade pair of spikes to wear during the Olympic Games in Amsterdam. Many more heroes of athletics have followed including Jesse Owens, Emil Ziltopek, Al Oerter, Bob Beamon, Daley Thompson, Grete Waitz, Heike Henkel and Haile Gebrselassie.