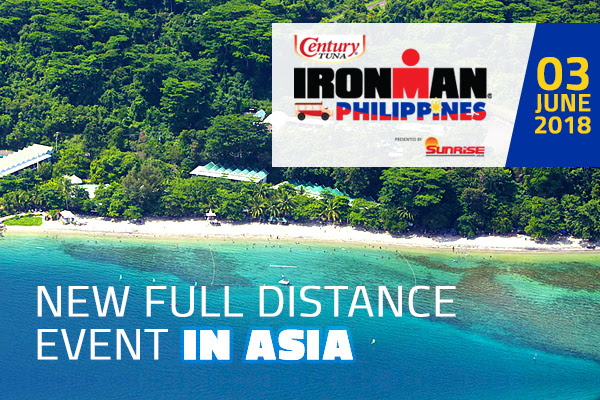 It’s Official, The long wait is over!

In celebration of Sunrise Event’s 10th year anniversary and 10 years of staging the IRONMAN 70.3 in the country, the Philippines will finally host its first full IRONMAN on June 3, 2018. Coming in as the proud title sponsor is Century Tuna which has been a title sponsor of the IRONMAN 70.3 since 2015. With the full IRONMAN, Century Tuna continues its mission to inspire more Filipinos to pursue their own health and wellness journey.

Pinoy Triathletes can now proudly experience becoming certified IRONMAN finishers in our own country as they triumph in the most grueling endurance sport in the world. Our best triathletes will have to conquer distances of 3.8 km swim, 180 km bike and 42 km run as they rule their minds and bodies to become the first full IRONMAN finishers in the Philippines.

Here is the price for the upcoming FULL IRONMAN Distance Race. Registration will start on August 1, 2017 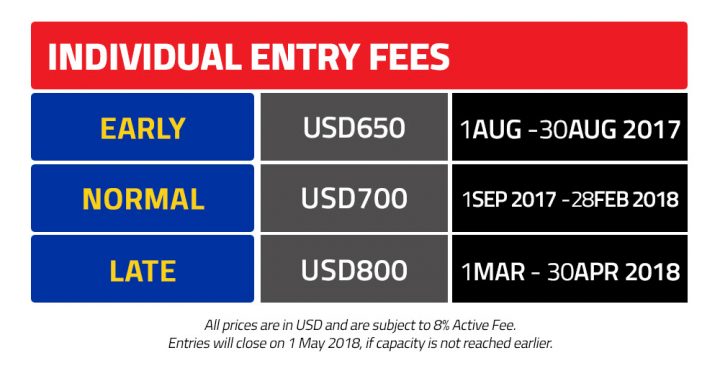 According to the Press Release, the 3.8KM Ocean Swim will start at the calm and pristine waters of Triboa Bay, starting and finishing at ACEA Resort. Followed by a fast 2-loop 180KM bike ride onto the Subic-Clark Tarlac Expressway (SCTEX). And finally ending the race with a 2-loop marathon along the coastal views of Subic Bay.

“A Full Ironman Triathlon is regarded as the most physically demanding single-day sport in the World. Competing in one requires a high level of commitment from the athlete to train long, hard hours for at least 5 months. And the strength and toughness of mind, body and spirit to endure the 3.8km swim, 180k bike and full marathon run on race day.

Yet, despite the fearsome image and overwhelming physical demands of this ultimate endurance sport, demand for the race has been growing dramatically Worldwide. In the Philippines, most triathlon races are usually sold out despite the rapid increase in the number of half Ironman and standard distance triathlon races and all other race distances in between. Filipinos are increasingly among the largest contingents in the Ironman races abroad because the full distance is not held in the country. The clamor to hold a full distance IRONMAN has been growing more intense as early as a two or three years after the first IM70.3 was held in the coutry 9 years ago.

As a brand at the forefront of promoting health and fitness, Century Tuna is very proud to be the lead sponsor in finally staging a full distance IRONMAN in the Philippines in 2018. The expected scale and scope of attention the event will generate in the country and the global triathlon community gives us a very big stage to shout out our message of living a healthy lifestyle through proper diet and exercise.

We are also pleased that the event will give Filipinos a chance to witness the drama and glory of athletes completing the gruelling challenge of a full Ironman up close and hopefully inspire the entire Nation to be pursue their own fitness journey.

Congratulations to Sunrise Events for bringing IRONMAN to the Philippines.”

Pilipinas, you are an IRONMAN! 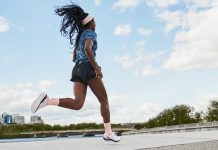