Another check off the bucket list for Gerald Anderson but this time, not in the showbiz department as the Filipino-American actor finished his 42 Kilometer run in the Skechers Performance Los Angeles Marathon 2017 (LA Marathon) with the time of 4:25:02 today, in Los Angeles, California.

Anderson was one of the delegates sent by Skechers Performance to represent the Philippines in one of the most popular races around the world. The LA Marathon is an annual event held every spring, where more than 25,000 runners gear up to run the 26.219 mile (42.195KM) footrace. In its 32nd year, the Olympic inspired marathon started from the famous Dodger Stadium running through the neighborhoods until Santa Monica. 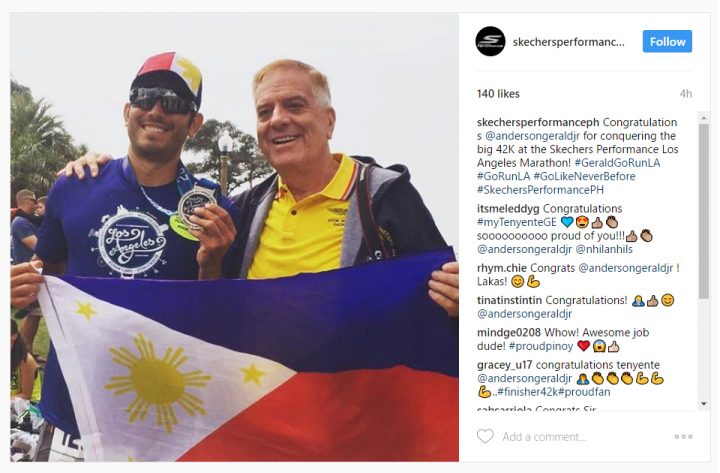 On their Instagram account, SketchersPH, congratulated Anderson for a triumphal finish. Anderson, who has also been busy filming his new soap opera with ex-lower Kim Chiu, trained for this marathon over the past months. Safe to say that the Filipino-American actor can now officially check running one of the world’s biggest marathon off his bucket list.