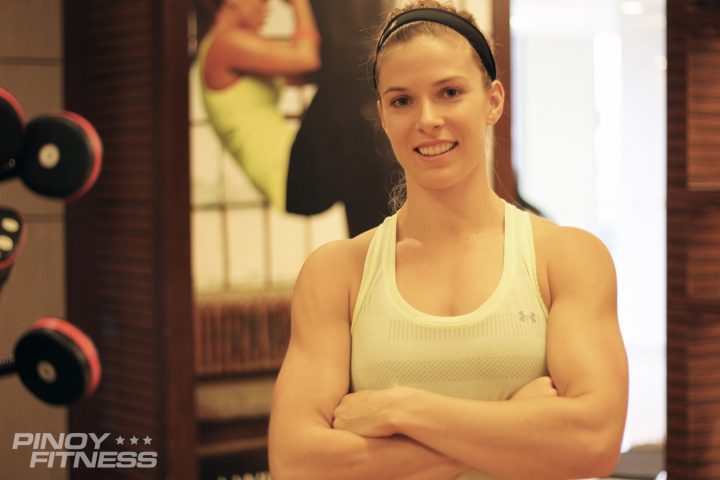 Zoe Pond-McPherson: How to win the Test of Will

“Have fun and don’t go in trying to win it. Go in to beat your time.”

That is Under Armour Brand Ambassador Zoe Pond-McPherson’s advice to the hopefuls of the Under Armour Test of Will happening this March 25-26 in Glorietta.

The Test of Will National Heats begins March 4, with the Philippine Heat happening in the Glorietta Mall in Makati City on March 25 and 26. This will test strength, endurance, and power within a 4-minute circuit through burpees, one-arm thrusters, TRX rows, and sandbag throws. The athlete with the highest score wins and proceeds to the Finals in Kuala Lumpur, Malaysia on May 6. 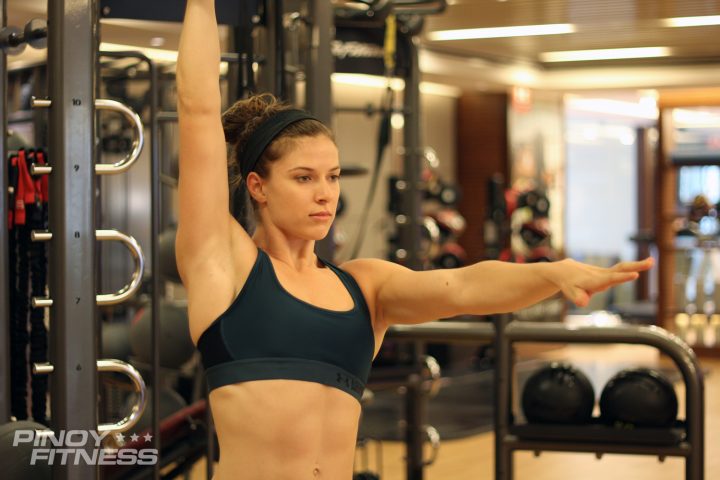 Zoe lives her life with sheer determination, discipline, and competitiveness, which is probably what bagged her the women’s top spot in the 2016 Test of Will competition. This year, she would like to do this again, and then some. This 26-year old gymnastics coach’s journey towards being a top female strength athlete took years of preparation that included strength on top of her regular gymnastics training. She started with CrossFit as her gymnastics teammate’s guinea pig when he wanted to open his own box in the U.S. “It is expensive there. But I told myself that, when I could afford it after college and everything, I would come back and do it. So, when I made enough money after college and could live on my income, I joined a gym. That was late 2013,” Zoe narrates.

PF: Why did you choose CrossFit over all other programs or workouts?
Zoe: It has a lot of gymnastics in it and, since that was my background, it was easier to transition into it. It’s also competitive and based on community. And I’m kind of competitive by nature so I like that aspect. I also didn’t know a lot of people in the area because I was new to the City. I thought it’d be a really good way to meet people. I wanted to join a fitness group essentially where I could meet other people.

PF: Who else influenced you to get in to CrossFit?
Zoe: My teammate who was also a coach at my gymnastics gym. He was a little older than me. He was also a coach when I was in high school and was the one who talked me into it. He said he knew a great workout that I would love and he wanted to test the workouts. And then, when I moved to Washington DC, I wouldn’t stop talking about joining a gym that my boyfriend –now husband, said “Enough. You’ve talked about this since I’ve met you. Can you just go join a gym?” So, he kind of pushed me over the edge to join a Crossfit gym.

PF: Do you run a lot?
Zoe: I run a lot. I like interval run training. I usually do that for 30 minutes or so. But, at the end of the day as long as you’re moving, that’s what’s important. It doesn’t matter. If the most you can do is 10 minutes, then you build on that.

PF: Most of our readers are runners and so we would like to shed some light on the matter about cross training. Would you think CrossFit is a good cross-training for running?
Zoe: I do. If your focus is purely running then, obviously, the majority of your training is going to be running. But to add in strength training is going to help prevent injuries and just get you more prepared for it. If you’re used to training on a flat course then you’d have some hills, then you’ll work some other muscles that you use in CrossFit that you wouldn’t have worked on the flat course. In general, most marathon and half-marathon training programs have a day that is cross training. CrossFit’s a good one for that reason.

PF: What is your take on women who are afraid of getting into CrossFit?
Zoe: The biggest reason that I hear is that they don’t want to get big. It is a little bit insulting to the guys who are in the gym everyday and trying to get big but just can’t do it. If it were that easy, every single guy whose goal is to have big muscles and a six pack will just do it overnight. It’s not that easy. If that’s the reason, the genetics factor must be explained to them and the fact that for a woman to get bulky, you have to eat tons of food to get the muscle. You have to go into the gym every single day and do multiple sessions potentially to get big. It’s not really possible to get big unless you’re trying really hard.

People see CrossFit as too scary, overwhelming, or competitive. There are people in every box who are competitive but you also have the majority of the people who are there to get fit and have fun. What we see on TV are the highest level of Crossfitters. In the gym everyday, it’s just people who go to work, who sit in the desk going in there to move and have fun. They’re not trying to compete with other people. They’re just trying to be healthy.

PF: Any tips for someone who wants to get into CrossFit but wants to start on her own first?
Zoe: Learning how to squat properly is probably the biggest thing, and having the flexibility to get to a good squat. Squats are used in almost every session whether with weight or without it. For the handstands, it’s just practice. Some people get it in 3 months, some get it in 3 years. It’s different for every person.

PF: In joining the Under Armour Test of Will, do you really prepare for it seriously? And how do you prepare for it?
Zoe: I didn’t prepare for the Test of Will specifically. At that point, I had just finished at the CrossFit Open, which is an online competition, to qualify to the CrossFit regionals. And if you finish in the top 10 in Asia, out of a few thousand (Asia and Siberia), you can go on to Australia and compete and represent the Country you’re training in. At that point, I was training for regionals specifically. And I found out about the Test of Will probably a week actually before it happened. I wasn’t training for that but, the idea behind CrossFit is GPP or General Physical Preparedness so you’re prepared for anything.

PF: What tips would you give someone who’s joining the Test of Will for the first time?
Zoe: The biggest tip that I can give to anyone who is preparing for anything is to find a group of people to prepare with. It helps to hold you accountable. This group will text you and ask you why you didn’t show up today. They’ll see that you’re already on your way. You’re more likely to go somewhere and train.

Once the movements are released, you can work on those. Ahead of that, work on general movements that you typically see like squats, burpees, some for upper body strength like the TRX reverse row, then get your cardio up. Do some running and just try to get used to breathing heavy and moving through it.

But the biggest thing is to get with a group of people, and join a gym or a class or a running group to do that with you so that you’re more likely to show up every day.

PF: What’s your pre-competition diet like?
Zoe: I try and eat pretty healthy. I always have a serving of vegetables with every meal. I force feed myself with Green beans late at night when I don’t want to eat them. I eat a lot of lean protein like chicken and fish. I eat red meat but not very often. Just a personal preference. I eat carbs. I’m not on a low-carb diet. I actually eat a lot of carbs. The carbs that I eat are usually on the healthier side like brown rice, fruits, sweet potatoes.

But, you have to enjoy your life too. So when we have nachos at home, I eat them. I do this all year long.

During competition, I eat the fast-digesting carbs like sugary cereal right after a workout. This will help you recover fast for the next one. I think people shy away from those things. There’s a time and a place to eat these sugary cereals, or the bar, and drink Gatorade just to get the carbs that you need to get through a hard workout.

PF: What else is in store for you this year?
Zoe: I’m hoping to finish in the top 10 in Asia for the CrossFit Open again and move on to Australia. Last year I finished 27th out of 40 women but I was able to move up 12 spots from my starting position. This year I’d like do better to qualify in the top 20. And then in August, I will start studying for my Doctorate in Physical Therapy at George Washington University in Washington, DC. So, there goes my competitive life.

PF: What would you recommend as the essential workout gear for CrossFit or high intensity training?
Zoe: At the very beginning, just a good pair of shoes that are not too squishy because you wouldn’t have a lot of stability in your squats. Spend money on a good pair of shoes.
I don’t really think people need a whole lot of gear until they get into a higher level. Grips, belts, wrist bands, or knee sleeves, it’s not necessary.
Get a good pair of shoes, buy a jump rope, call it a day.

For details regarding the Under Armour Test of Will, Click Here. 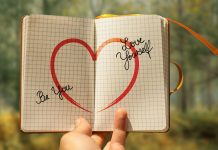 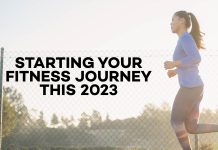