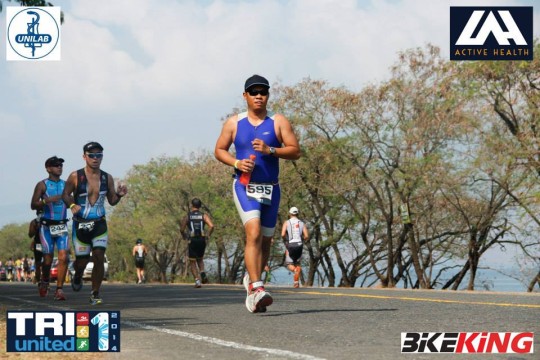 No guts, no glory… Those words are easy to say than done and somehow, it came to a point where I truly understand its true meaning. I was standing on the beach being surrounded by other competitors whom I think were triathletes all their lives while waiting for the gun start. My mind was full of worries and anxieties and there was this big question that kept boggling me, was my training enough and can I make the distance on the open water? The scenario somehow resembles as if we were soldiers waiting to be deployed to the battlefield and not everyone of course will going to survive!

Full of doubt, I was about to step out to quit the race because of that fear but somehow it reminded me of some words of wisdom I encountered during my months of training for the event. They say that the deepest desires of our hearts will always be greater than fear itself, and this desire is a great source of courage. And during that crucial moment on whether quitting the race or not, I thought of my wife and my son who believe in me. I didn’t want to turn them down and I didn’t want to go back home empty handed to later be known as quitter all my life. Before quitting, I tried remembering the very reason that started it all. Memories of the past emerged before my eyes and it reminded me that it was my decision! 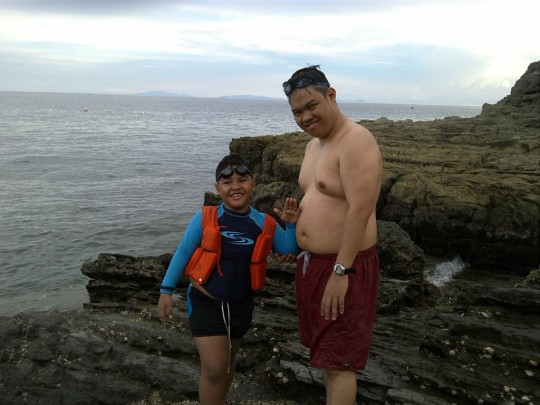 Triathlon for me is a sport that depends on decisions and it is more mental than physical. Whether or not you think you can or you can’t, you are correct. That defines triathlon for me. My story sort of began when our company joined for the first time an international triathlon event in Singapore last year. There were employees from our facility who passed the time trials for the swim, bike and run and they were sent to Singapore (all expense trip) to compete for the said event. Two colleagues in our department were among these athletes in which to be honest made me feel a little jealous. Another triggering factor for me would be the story shared on Pinoy Fitness – My Story #15, the story was very inspiring indeed. These factors somehow awakened the inner desire in me and made me realize that it was about time for me to stop being an obese couch potato which defines my personality all my life! And everything starts with a decision, and this was mine, and this is my journey to becoming an amateur triathlete.

I started my weekly swim training immediately. And similar to the story #15 that I read, I was having a hard time perfecting the front crawl too so I decided to enroll to a ten day session (twice a week) with one of the swim coaches at Ultra, Pasig. The training went well. At the end of the session, I was by then able to complete at least 200 meters of distance which for me was a great milestone already. People in the office started noticing that I’m losing weight and every time people would notice it, it became music to my ears. And thus triggered me with another decision, I needed to add another routine to boost my ‘self-designed’ weight loss program even more. I started running in December around BGC. Unlike swimming, running for me has a more impact sport and my BPM would rise immediately even just minutes of running. I started first with a weekly 5KM run and it became 10KM eventually but there were walking in between just to lower down my BPM whenever it feels like my chest would burst because of high BPM.

My running performance was put to test when my colleagues signed up for a fun run that happened on January. They signed up for the 21KM while I signed up for the 10KM challenge only. For the first time in my life, I felt the intensity of the race and felt the passion of others joining the said event. My love for an active lifestyle grew even more that time that again made me decide that this won’t be the last and I need to finish it with all my best. I was able to complete the 10KM far better than what I was doing in the training, thus another milestone for me! 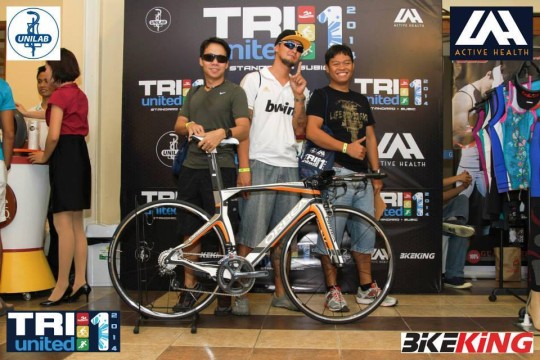 Swimming and running were still my training routine back in January. I still don’t have my bike since I’m still hesitant setting it up for I know that my wife would only disagree with me. Not until one of my colleague again signed up for another race. He registered to a race that back in January I was not still ready, a Triathlon event scheduled in less than two months – March 9, 2014 Tri United 1.

He forwarded to us one email with the following quotation – ‘What is it gonna be..? A lifetime as worms.. or two minutes as heroes (I believe he got this from the movie The little Mermaid Part 2 where two of the characters were too scared to fight back and were cowards all their lives but there was this one scene wherein they needed to be courageous enough to save the little mermaid and where they asked this same question to themselves). Making this another decision I had to make, if I sign up to this, I will need to a have bike setup already and I only have less than two months to prepare. That time, I needed to face one of my greatest fears, discussing the procurement of my bike to my wife! 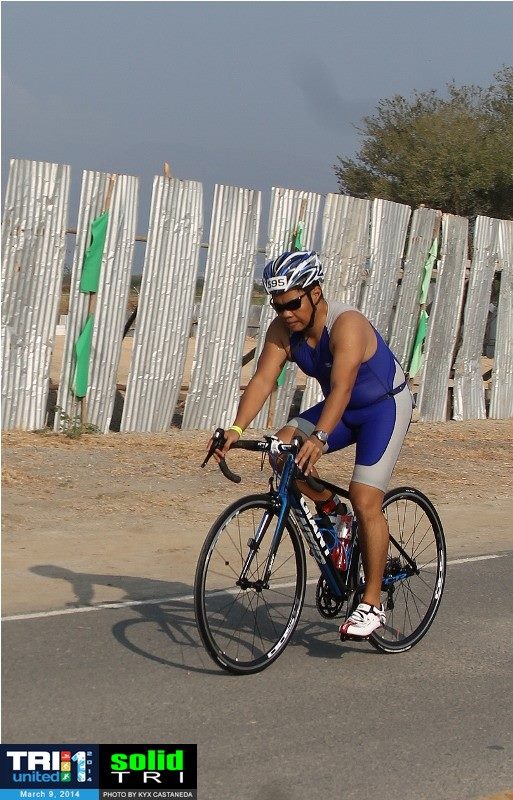 Biking was a challenge for me. I never rode a bike for more than 20 years already. I remember almost falling down the first time I rode my road bike. It was a day I won’t soon forget. The two colleagues of mine were at my house that time and were checking out my new bike and giving me some tips when I first ride my bike. I almost fell and I was unable to balance it. My kid was laughing and was teasing me that I couldn’t even ride a bicycle. I was disappointed with myself that day. It was supposed to be one milestone; instead, I even posted my bike at sulit.com.ph and was no longer interested with it. I told my office-mates about the scenario and to my surprise, one of them told me that he too almost fell to his bike the first time he rode it, and its normal and nothing to be worried about. He added I was no different with him when he was starting out, and it somehow boosted my moral again. And from that day on, I rode my bike again with confidence. 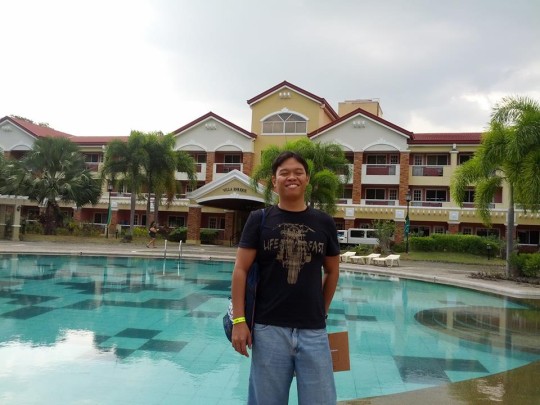 During training, I had several minor bruises from several fall but it didn’t stop me from continuing my practice. After I have completed the 20KM bike and 5KM run combination and can already make the 1.5 km distance in a swimming pool by the end February, I’m a little confident that I can already finish a triathlon event – a Sprint Distance.

When you’re out there and about to step out from your comfort zone, fear will always be present. I chose to face fear and to challenge myself. I was not certain that I can finish the race but I’m going to have some fun finding out! As soon as I heard the gun start I stepped forward instead of quitting and I was glad I made the right choice! The feeling at the finish line was very rewarding. For me, we are here on Earth to live life and to experience those great things that life has to offer and this one is one of those great things! I’m lucky to have two colleagues Peterson Santos (originally a mountaineer and a cyclist) and Allan Fusingan (who is actually the author of My Story # 15 and who have been instrumental in my journey to becoming an official triathlete) who have both inspired and have motivated me along the way.

I guess we will all have our own version of great stories telling our very first triathlon event and on how we have managed to sustain the training and how we have managed not to quit. The My Story #15 and my very own story are just among of them. I’m hoping to have at least inspired others for them to face their own fears and to finally step out from their comfort zone where the magic happens. Soon there will be greater stories of triumph over their chosen fields; there may be some stories of winning the race. But for most of us who are just a regular person, crossing the finish line is winning itself!