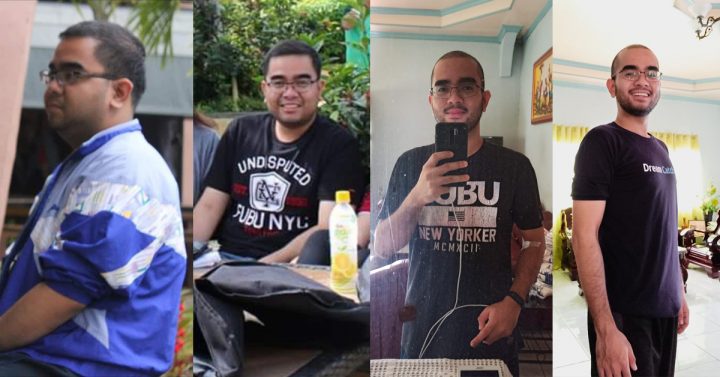 “I want to have a good life when I grow old. We all know that when it comes to health, it doesn’t matter how much money you have.” These were captivating words from Lo Cortez, a changed man and now a health advocate. As we urged him to share his story with us, his words reinforced the importance of motivation and desire to change.

An IT instructor and Freelance Graphic Designer from Pampanga, Lo had it rough seeing himself the same way he saw his family. He described them as “normal”, considering himself as the only one who was different because of his weight.

According to him, he owes his former situation to an unhealthy lifestyle. “My uric acid level rises and I have fatty liver (Non-alcoholic fatty liver), I didn’t think about what I eat, especially the fatty ones. And rice is life!” He told us.

But having the motivation to change for the better, and to boost his self confidence especially when interacting with students, parents, friends, and clients, he decided to improve his lifestyle. Adding also to his motivations how he didn’t want to see himself stagnant over his continuous weight gain, and that he felt like he needed to catch up to his friends in terms of lifestyle and personal wellbeing. Luckily for Lo, his family was supportive of his change, also sharing that it was them who pushed him to be better. 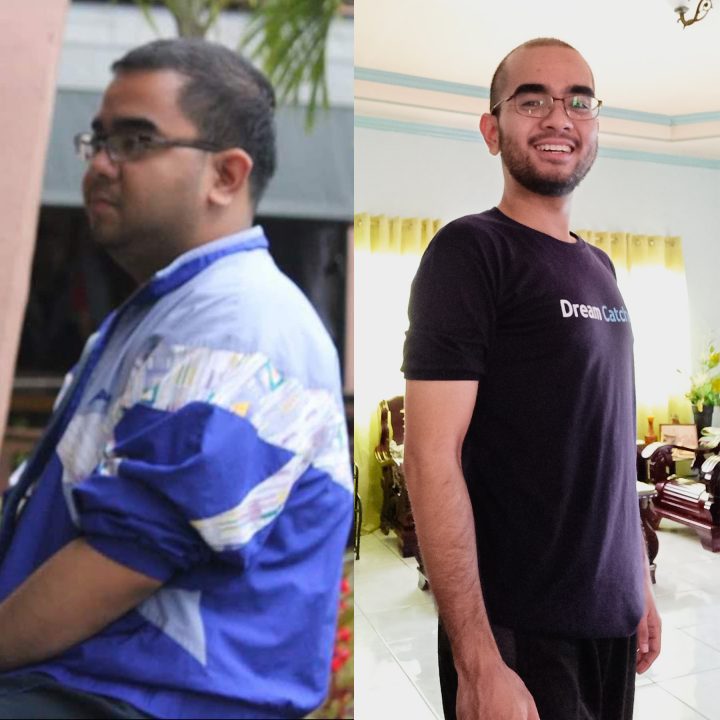 To him, the most crucial thing he had to do was to let go of all his bad eating habits. These included, buffets, fast food chains, street foods like Kwek-kwek, Fishball, Isaw and Chicken Skin; as well as avoiding beverages like beer.

“The first two weeks were the hardest.” Lo said. “Especially when the food is in front of you, and you’re stuck in a dilemma of whether to eat it or not.” But he shared that what crossed his mind was his drive to continue what he had already started, implying that the weeks would’ve gone to waste if he gave in to temptation.

Those two weeks were crucial, but he believes that a person will get used to it eventually. “It’s always the case. You have to get used to the challenges, right?” He quipped. “At the end of the day, your biggest enemy, as well as your biggest ally, is yourself.”

Coming from an IT background, Lo believes in the benefits of research. To him, it was a challenge to gather information about his lifestyle change. But he mentioned that he found it convenient to have google, quora, youtube, and the like. They were what he considered his research instruments, but not failing to mention that it was important to gauge the credibility of said sources.

While undergoing a process of calorie deficit, Lo mentioned the use of apps like MyFitnessPal to track his calories. And though he claims that the apps like these are not entirely accurate, they helped him estimate the calorie count for his consumption.

Basing his calorie intake from the study that says men should consume 2200 calories per day, Lo reduced the amount little by little until he reached the 1,500 calories per day count.
When asked about his diet, he shared that for now, he chooses to consume healthier food options like vegetables, fruits, and lean meat. But one interesting detail that he mentioned was how he removed rice from his diet; not because he considers it unhealthy, but because he thinks of it as a way to discipline himself, replacing it with sweet potato as his source of carbohydrates. “I removed all fats, sugary foods and drinks, MSG, and instant foods.” He said, while jokingly adding that “The noodles that I got from the mayor’s office haven’t even been touched.” He also added that drinking lots of water would help and that he personally takes 1.5 – 3 liters of water everyday.

As far as cheat days are concerned, he doesn’t trouble himself with those; going only as far as having cheat meals every once in a while, still opting to choose vegetables and low caloric meals over other food options.

As with most men and women striving to be healthier, Lo tackled how important it was for him to workout; visiting the gym 4-5 times a week before the quarantine restrictions. Eventually, he transitioned to home workouts, referring to some provided by Pinoy Fitness. He also expressed his passion for jogging and biking, as well as doing household chores as a way to exercise.

Finally, Lo deems it important to get enough rest and 7-8 hours of sleep. He also advises people to visit their doctors for regular check up even when things are going well. He says and I quote “You might regret not doing this when it’s already too late.” 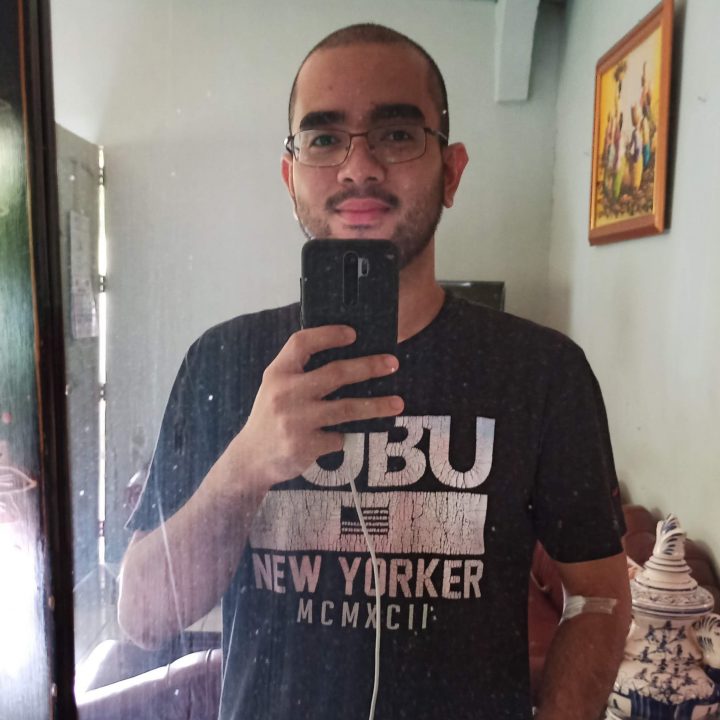 A changed man with a better lifestyle

“There were a lot of expenses that came with the changes in lifestyle.” Lo mentioned. Having lost 2 – 2.3 inches around his waistline, one of the purchases that he made was new clothes that would fit him.

“My health improved by a lot.” He was relieved. “I don’t get sick and I’ve become a lot happier.” The realization of how significant his progress was came from when people started to tease about how he should gain weight these days, opposite of what he was told before. According to Lo, a lot of people still think that his pictures were edited, finding it hard to believe the change that he had undergone by putting his diet to mind and heart.

When asked about his future plans, he simply expressed how he wanted to continue his lifestyle especially when the gyms reopen.

The changed man wanted to share that people should be patient when it comes to the transition to a healthier lifestyle. “No matter how thick or thin you are, as long as you’re dedicated, you’ll be able to change.” He said.

And for the many that believe it is impossible for them to be better, allow Lo to be the definitive example that change does not happen on the first day that you decide you want to be better. It happens after weeks, and sometimes even months of being committed towards who you want to be. But with all the sacrifices and commitments that it takes, the results will always make you deem your efforts worth it.