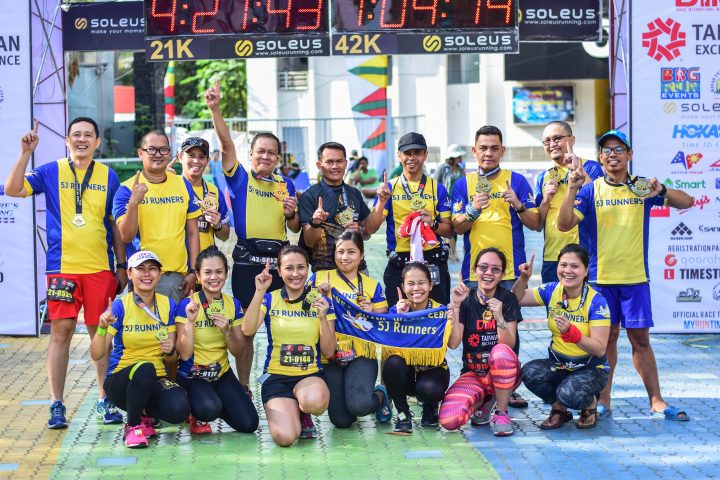 Most people enjoy running as a solo venture. And while some runners appreciate quality “me time”, there’s something quite powerful about running as a group, especially with people who are close to you.

Running with colleagues is a great way to bond and burn calories at the same time. There’s no better way to bond with co-workers than by creating an activity that encourages you to get away from your usual work and spend time and stay fit together. This is the reason how the running group in one of the biggest airlines in the country – Cebu Pacific was formed. 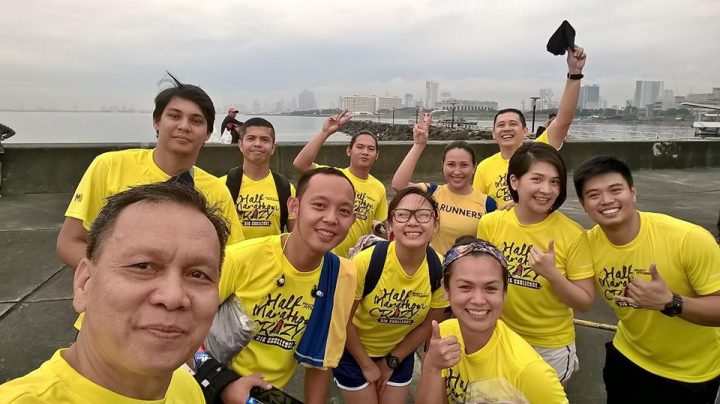 The team came together after the Pinoy Fitness 21K Challenge in 2016, when their first four members coincidentally bumped into one another during the event… “Uy tumatakbo ka pala!”

After that meeting, Capt. Rapisora decided to form a running group exclusive for Cebu Pacific employees along with Tara delos Reyes (In-flight Services Dept), JJ Samson (Engineering and Fleet Dept) and Ruth (Human Resources). They made a group chat and asked someone to design the team shirt, then they started inviting passionate runners from the company.

On March 2017, Yakult Run was the first official team run of “5J Runners” with 7 members including Jhun (Cargo) and two pilots Capt. Jendel and Capt. Adem. 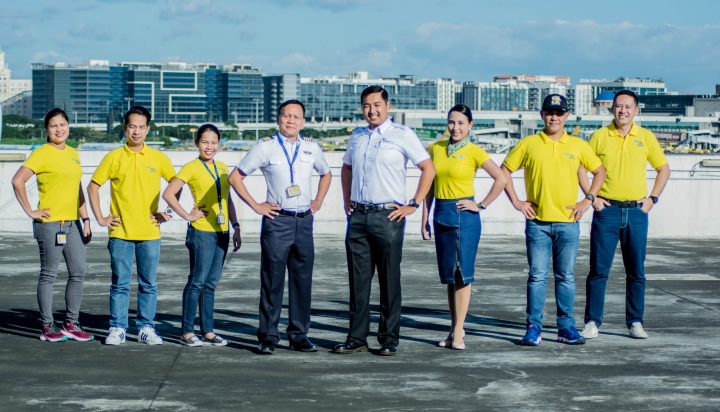 The group started growing due to the passion and persistence of the pioneer members in sharing running experiences with fellow colleagues, thus enticing them to try joining the group until they eventually developed the same passion for running. “5J Runners” has already joined a number of fun runs within Metro Manila and even outside, plus one international marathon. They have conducted Cebu Pacific Family Fun Run and tree planting activities in coordination with their HR Department and The Philippine Army.

“Most of the things we do as a group are joining out-of-town fun runs, dining out, and doing corporate outreach activities and we really enjoy doing these because we don’t only get to bond with our groupmates but also with their family members or loved ones that they bring along with them, so I would say we really have become one family”, said Tara as she recalls their happy moments as team.

As to the impact that the running group has made at work and in their personal lives, JJ shared “Before the team was formed, we were just focused on work and people within our department but the group gave us the opportunity to meet and befriend people from other department. It’s then easier to get support on work-related queries or tasks because of that built relationship as a family”.

The group is still solid today despite the busy schedules of the members. It’s a bit of a challenge to find common time given their different work schedules but when they don’t have group training’s, they train individually and share running learning and experiences thru group chats to keep the members intact. As of the moment, the group is composed of approximately 25 members — with various runners from 3K runners to ultramarathoners to triathletes who competes in Ironman.

With a healthy mind and body powered by running together, “5J runners” was able to serve the company they work for with utmost gratefulness and passion and accept the demands of their respective jobs beyond their duty. Together, they radiate good vibes and created a happy environment in the workplace which are manifested in their everyday work – conquering both air and land as a family of flight crew and runners. Indeed, running as a team has made wonders in their personal and corporate lives and we can’t wait to see them continue conquering more miles as a family. 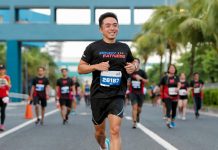 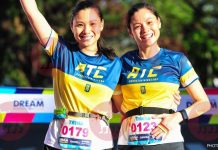 How I Ran My First Marathon… While Pregnant 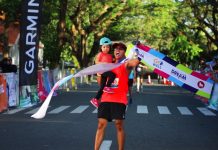