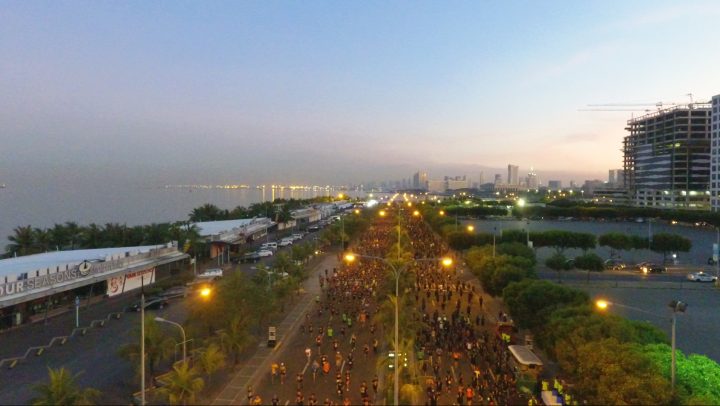 The saying “cheaters never win” is indeed evident most especially in sports like running. Joining a race, specifically half and full marathons, is not an easy event to partake in; but the triumph you get after finishing a marathon is no question one of the best feelings ever. Runner’s high, as they call it.

As the running community grows, we also see an increase in the number of runners caught cheating, sometimes tagged by fellow runners as “Ninjas” or “Short-Cut Runners”. But why do they do this? Here are the 5 Possible Reasons we can only assume:

Registration fees for marathons nowadays range from P1,000 to P2,000 pesos. Under-trained athletes might already know they are incapable of completing the distance and resort to cutting the route than throw their hard earned money away. Common reasons are… “We paid for the medal and shirt anyway”.

Remember, Finisher Medals and Shirts are labeled as such because it’s for the “Race Finishers”. They are earned. Not given. EVEN IF YOU ALREADY PAID FOR IT. Paying tuition fees in school does not guarantee that you’ll pass the school year, right?

However, if you cut the course knowing you can’t finish it, or decided to make it as a training run, it’s acceptable as long as you don’t collect the medal and shirt. Don’t attempt to cross the finish line as well. (This is where most cheaters are caught btw).

Some races like the MILO and Pinoy Fitness Challenge Races implement cut-off times that runners have to meet in order to claim their Finisher’s Medal. Because of this, some participants are tempted to cut the course in order to meet the required time.

Cut-off times are implemented to highlight the runners who worked and trained hard to finish the race on time. Let’s be fair to them shall we? Can’t meet the cut-off time? There will always be a next time. Finish the race with integrity knowing you’ll come back stronger next year.

3. Not Familiar with the Race Rules

Unfortunately, the reality is that there are still runners who don’t know or are genuinely unaware of the rules and regulations when it comes to running marathons. Some runners really think that it’s “OK” to claim the Finisher’s Medal and Finisher’s Shirt despite the lack of performance. Remember, it’s called finisher items for a reason.

The best way here is to help educate new and upcoming runners by sharing this article to them.

4. The Pressure of Social Media

Declared that you’ll run a SUB-5 Marathon on Social Media? Now that’s putting a lot of pressure on you. Admit it, posting a “good time”, setting a new PR, running longer distances get you more likes and kudos on your social media profiles.

Yes, nothing beats the feeling of sharing your accomplishments online, but it’s only right to do so if you crossed the finish line successfully and fairly.

5. Considers the Race as a Training Run

Some runners like to participate in shorter races to train for their longer “A” races. While the purpose is okay, runners still need to remember reason number 1. Joining a 42K race for your 32KM long run requirement? Skip the medal. If you want a medal, just join the 21k category, claim your medal and run the extra 11K after instead.

Bottomline is that each and every runner should train and prepare to finish the race they singed up for. Though for safety reasons, it’s not recommended to push yourself to race when you’re under-trained. Remember, you can always join the race you signed up for as a training run, if you cut the course, do skip the entitlements as well. 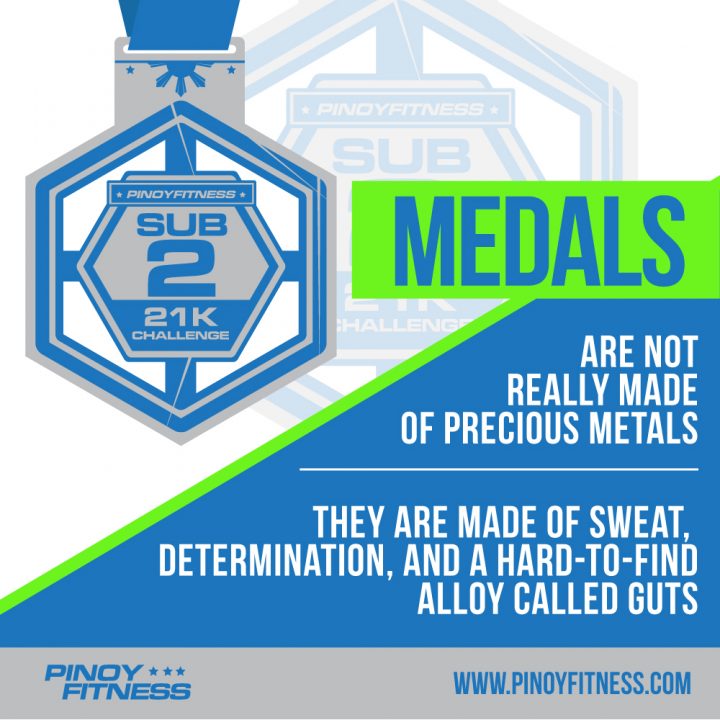 At the end of the day, the real price and reward in running is knowing that all your hard work and training paid off. No shortcuts. 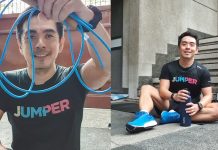