Jake Cuenca got into a Bike Accident in SM MOA

ABS-CBN actor Jake Cuenca was rushed to the hospital this morning after a bike accident while training in SM Mall of Asia.

In a news article from ABS-CBN, Jake’s father Juanto Cuenca mentioned that a truck suddenly stopped in front of the actor while he was training around the vicinity. 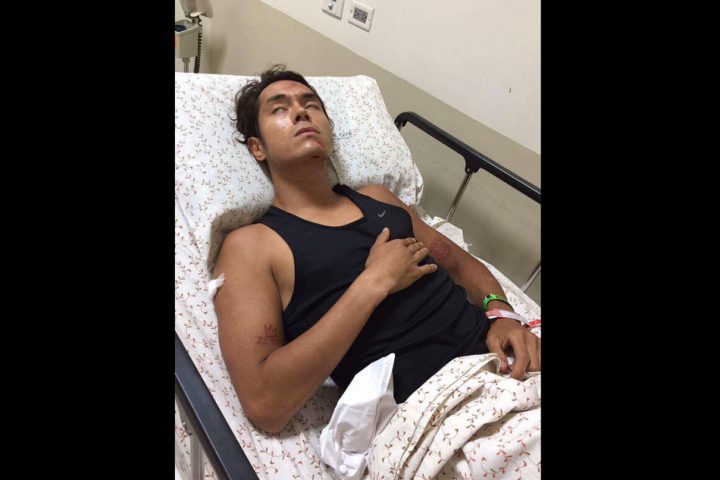 Jake is now confined in Medical City with two broken bones on the hand and stitches in his chin, medical tests are still being performed to check if there are any further injuries.

The actor just took part at the recently concluded Century Tuna Ironman 70.3 in Subic last Sunday, and is also part of the upcoming series “Ikaw Lang ang Iibigin” where he plays the role of a triathlete. We pray for his fast recovery.

(Update: 1PM) Jake was already discharged from the hospital and will undergo surgery on the two broken bones on his hand on Friday.