The Clark Ultramarathon aims to gather beginner, aspiring, top and veteran ultramarathoners in a journey to inspire each other to go beyond their limits and give their best. There will be two categories, the 50K Challenge and 100K Championship, which will be held on the same day and venue but will have different entry qualifications.

** Note : Runners have the option to pay online or at Second Wind Running Stores.

Other Race Details:
A. Event Details
1.) 50K Challenge
– Description: The 50K Challenge is open to aspiring ultramarathoners.
– Qualification: The 50K Challenge is open to runners who have finished an official marathon within the year.
– Restriction: Runners who have finished any ultramarathon race longer than the distance of 50kilometers are not qualified to join the 50K Challenge Category but can join in the 100K Championship Category instead. Runners should have no previous official disqualification resulting from violation of race rules against cheating in any form or manner.
– Cut-off: 10 hours from gunstart at 12mn of September 6, 2015

B. Race Course
The Clark Ultramarathon will require participants to complete a road course in a fifty kilometre loop (two loops for the 100K runners).  The start/finish line will be at the Clark Museum. The route will take runners along the main highways of the Clark Freeport Zone passing through scenic spots along Sacobia river, Fontana Leisure Park, DongWang, Nayong Pilipino. Runners are expected to experience the usual cold climate at night in Clark and battle the scorching heat of the sun as they pass through long stretch of highways and wide paved road but will treated to portions which passes through tree-lined roads. The route is expected to be rolling with ascent accumulating to total gain of 350meters but nets out with almost the same elevation gain.

C. Aid Stations
There will be support/aid stations every five kilometers (as far as practicable depending on location and safety reasons) or thereabouts. Outside aid will not be allowed in any part of the course.   100K runners are allowed to leave one drop bag which will be available at the aid stations approximately at kilometre 50 mark (Start/Finish).

D. Support
Supporters and spectators will not be allowed on any part of the race course except on designated areas. Outside support is not allowed and will result to runner’s disqualification.

E. Training
Upon registration, participants of both races may avail of the Recommended Training Program. Registered participants may also opt to join the Group Running Training and Lecture Sessions which will be led by some of the veteran ultramarathoners. Schedules will be announced in advance. 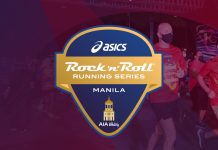 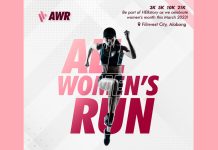 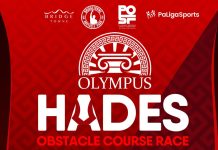