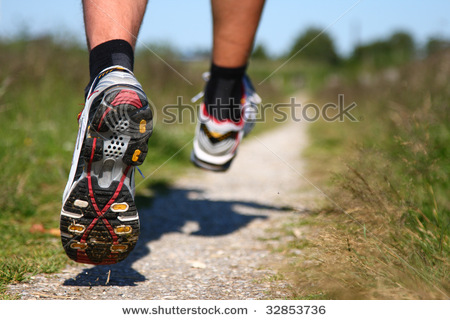 Since this is my first post for PinoyFitness.com, I thought I’d start off on how to get started with that challenging but fun activity called Running.

I’ll be honest. The first few runs can be a frustrating experience, especially if you’ve lived a mostly sedentary life. Your heart will be pounding through your ears. You’ll be gasping for breath. Your joints will ache. Your legs will feel like they’ve been weighed down by bricks. You may find your running gait devolve to just a shuffling of feet followed by long stretches of walking. That was my initial experience. I had a route mapped out around my subdivision and I started with just a few minutes of running followed by tens of minutes walking. I ended huffing and puffing. My knees had an odd twitch and my thighs felt rubbery. Oddly I wasn’t drenched in sweat.

But I kept at it. I knew I would improve. I guess that was what motivated me. I knew that if I just continued and persevered through the discomfort and the weariness, I would be able to run farther. And improve I did. Eventually, after just a few days, the amount of time I spent walking decreased. The ache in my knees disappeared. I spent more time actually running! At first I was able to continuously run for 15 minutes. Then I upped it to 20. Then to 30. It didn’t take too longer before I was joining 10K fun runs and now that I’ve completed a 21K my eyes are set in completing my first marathon.

For me, running is the epitome of the adage “if there’s a will, there’s a way.” The mindset should be “just do it” and “accept no excuses.” Trust yourself that you’ll improve. And go out there and run. Don’t get bothered if you are running at a turtle’s pace and don’t get intimidated by the pace of others. You aren’t running for them. You are running for yourself. Run at your own pace.

It’s important to also have a goal, be it to run for x amount of time or for y amount of kilometers, and to stick with it. If your goal is to run for 30 minutes, then do it, even if you find yourself walking for 29 of those minutes. Pretty soon you’ll be walking less and less and running more and more.