Congratulations to those who joined the participated in the 2nd Quezon City International Marathon (QCIM2). Race Results and Photo links will be available here once it is released by the organizers.

For now please feel free to post your feedback and comments about this event here. 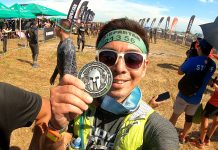