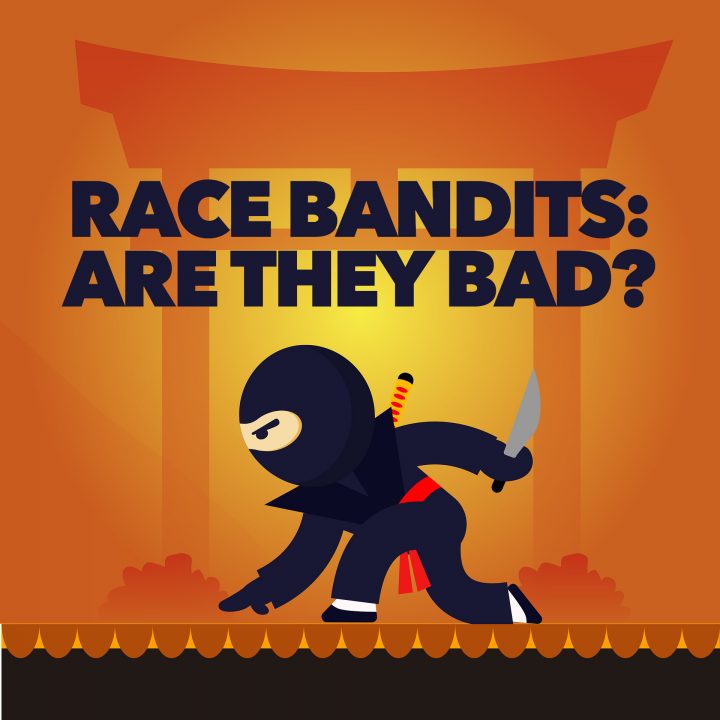 When you search for the word bandit in the dictionary, you’ll turn up a definition that doesn’t speak so well of them. As Merriam-Webster would say, they are individuals or groups of people who live by plunder or theft. In society, you’ll find these kinds of people everywhere you look; they’re at the footbridge of main roads, at the corner of some decrepit neighborhood you frequently pass by, at government offices, and yes, even at racing events like marathons.

Race Bandits is what the running community calls them, and it is a name tagged to runners who sneak into and participate in organized races without paying the due registration fees. A rich archive of testimonials and thoughts on race bandits on the internet will tellingly depict that there is an undecided debate on what people think of them.

An ongoing dispute where race organizers will tell you one thing, and people who’ve tried banditry tell you another. It is made apparent that a failure to come to a decision on how we should perceive these individuals is due to the factors in play. 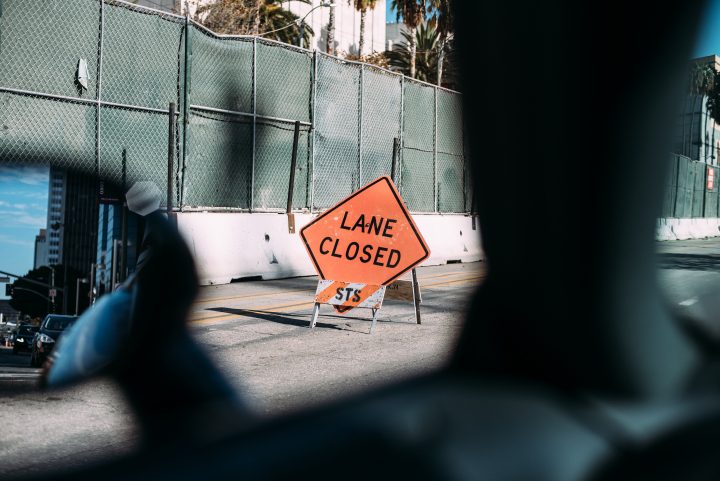 Admittedly, the premises established in the running community that we base on to identify race bandits have their loopholes.

What if the bandit runs, but doesn’t cross the finish line and doesn’t take a finisher’s medal? What if they can accomplish the run without taking provisions allotted for paid registrants? What if they didn’t falsely duplicate a race bib and just wanted to run their usual route on the day of the event—it’s a public road and therefore free, anyway.

These arguments hold water to some degree, actually. In the instance that these loopholes aren’t plugged up, there will be little to go by for the race organizers who want to penalize a race bandit who slips right through them. After all, there are no laws regarding service theft established here in the Philippines. The bandit gets away with it in this case.

Looking at this with an earnest perspective will put into light the matter of integrity. A moral principle that basically means that just because you can get away with something, doesn’t mean that you should. Another point for debate arises; that the end doesn’t justify the means. And in the greater scheme of things, once you put other factors—such as safeguarding the welfare of paid participants for instance—into the discussion, you realize how short-sighted bandits actually see the situation.

With factors such as the possibility of causing harm, whether directly or indirectly, the dogma of ‘no harm, no foul’ that bandits go by can then only protect them to an extremely limited extent. That considered, to judge a “righteous” race bandit as either quick-witted or reckless is now the argument, then. Isn’t it?

2. A twisted take on Robin Hood

An adored children’s tale that tells of a thief who steals from the rich and gives to the poor, is the one of Robin Hood’s. To balance the scales of society in terms of economic standing and moral favor, the hero of this story targeted the wicked (and by that, meaning evil) rich, stealing from their treasure troves, and gives it out to the righteous poor. Because he gets it; life is hard, goods are expensive, and the unprivileged, good members of society should really be the ones to suffer this the least.

Distort the last part about serving the unprivileged into a self-serving cause, and you have a misconstrued understanding of the psyche of Robin Hood. Among many others, this is one of the point-of-views that wicked race bandits operate from. They photocopy the race bibs, freely entitle themselves to the use of provisions and services they didn’t pay for, and will even cross the finish line and swipe the finisher’s medal for themselves.

Many people in the running community, all the more the race organizers, think they’re loathsome. Should there be some who feel otherwise, it would most likely be that they deem these wicked bandits, at the very least, unworthy of respect.

Such is the case of the two race bandits caught running the Modesto Marathon with stolen race bibs two years ago [read the article here]. They were reported to have been completely unapologetic for what they did. Leaving the event grounds without a single worry in their minds about the rightness or wrongness of their actions, or the possible harm they could have caused. Harm that may not have come in a physical manner towards individual race participants, but more of a psychological harm to a whole community.

Read through the comments section of the article on the Modesto Bandits and understand. Realize that these wicked types of race bandits incite hate, distrust and damage the morale of diligent runners who put in total effort to be able to run their races. Negative emotions, that if left only to stew in the hearts of the people who build up a community, will inevitably lead to its dissolution.

The collective effort of runners before to establish a community that fosters respect and camaraderie will be put to waste.

That is the real threat these race bandits pose. Not an accidental skewing in race results. Not a depletion of resources for paid racers. Not liability lawsuits to race organizers. But the crumbling of a community. So much for saving the day, Robin Hood.

3. Where the blurry lines are drawn 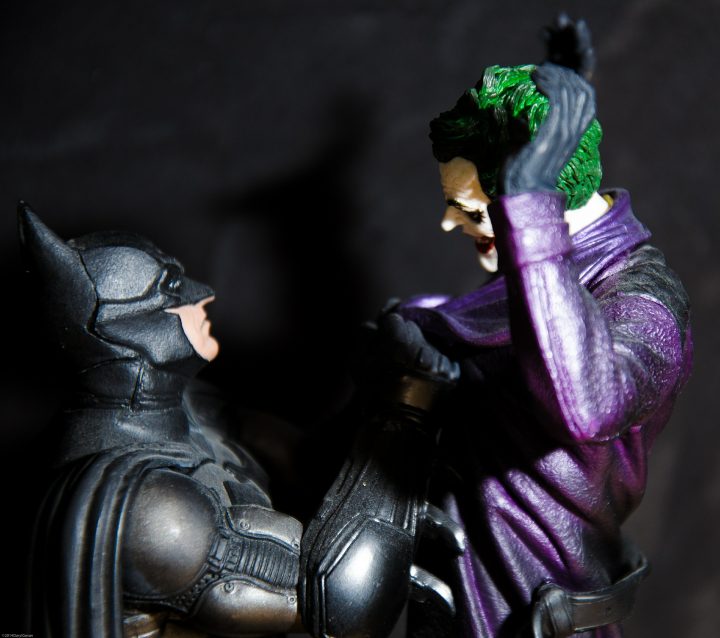 They say that the concept of good and evil are two sides of the same coin; where an act can be inherently good to one but bad to another, and vice versa. They are in conflict with each other but nevertheless, the elimination of one goes the same for the other. They need each other to exist, but can never harmoniously co-exist.

In the form of a popular DC Comics supervillain named Two-Face, this concept is visually exemplified. Armed with two pistols and a coin, Two-Face goes on a crime spree in the streets of Gotham, deciding ultimately what he does (kill or spare) to his victims with a flip of his coin. Claiming hands-off on the matter, and leaving the choice between justice versus cruelty, good versus evil, in what he argues as fate, chance, or in greater forces.

A villain’s ethos he developed due to unfair circumstances that brought about the ruin of the left side of his face, along with the belief that humans—being corrupt and unwise creatures—are not qualified to judge what is truly good and just; what is truly evil and cruel.

In a perfect world like those in comic books, such thinking can be harmless. Batman will be there to save the day no matter what, after all. But this isn’t a perfect comic book world. This is real life, and there are aspects in our way of living and co-existing that are terribly fragile; the least chaotic sense of order we’ve established hanging by only such a flimsy thread.

True enough, one, two, three, or even ten race bandits won’t be the cause of the collapse of a time-built running community. But humor yourselves with a bit of exaggerated thought. Take a minute to think of the butterfly effect. What if there were a hundred or a thousand race bandits? What if everyone just went through the loopholes? What will races be about, then?

A chapter in the book Focus: The Hidden Driver for Excellence, by Daniel Goleman touches upon a flaw in the human brain that is coined as “systems blindness”. It discusses how our brain is short-sighted when it comes to sensing danger. The details of this handicap being that: instinctively, we are only capable of generating distress signals towards immediate, smaller-scale threats, but fail to recognize and act accordingly towards eventual, bigger-scale threats.

The chapter is concluded by the author pointing out that if we wish to truly aim for greater excellence, we should learn how to recognize and address with keen focus, early signs of threats towards our systems of function. Likening it to the practice of medicine where doctors are often in a race against time to detect the threat of a disease to your body, the faster it’s detected, the better the treatment outcome. With the running community’s solidarity held at stake, members are at the starting line of a race.

And this time, the test is to see how quick they pick up the cues, and consequently, act to defend their community.