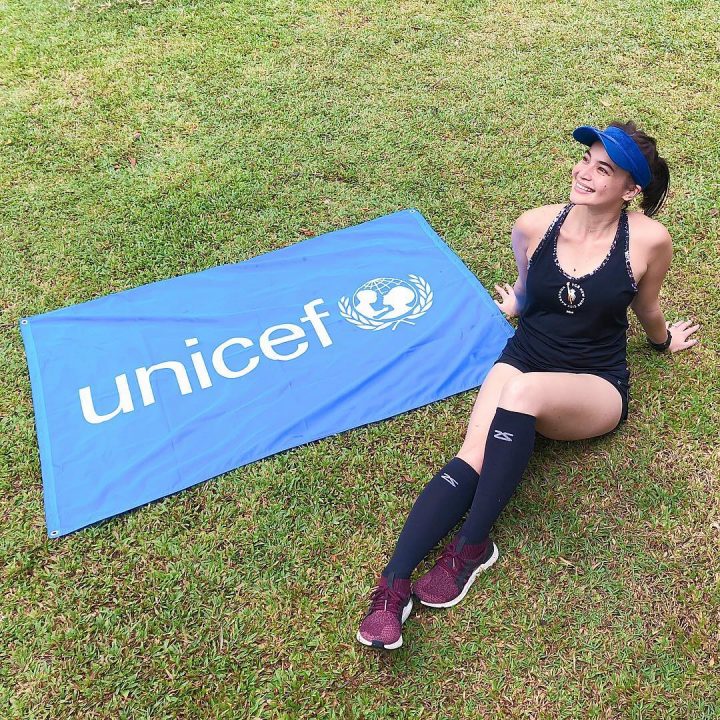 Anne Curtis is back to running one of the world’s most prestigious marathon events, the London Marathon this coming April 22.

Anne has long been known to be one of the most famous faces in Philippine TV. Yet behind the camera, the actress is actually a UNICEF (United Nation Children’s Fund) Celebrity Advocate for Children.

Now, the actress showcases yet again what it means to be an advocate for Children as she dedicates the 42.195 kilometers of the London Marathon for the children affected by the war in Marawi.

JUST 2 WEEKS TO GO till the @londonmarathon 🤭 Now, I’m really really starting to get nervous! One thing is for sure though, running for the children of the Philippines will keep me inspired! 🏃🏻‍♀️ Thank you to everyone that’s donated! You can still donate over on my simply giving page (link in my bio) ❣️ All funds that I raise will go towards @unicefphils programs for the children of Marawi that were affected by the war. Thank you again!! Waaaaah! Almost at the home run! Eeeeep! Still have to find the perfect running outfit that will suit the weather in Londy! Nothing obviously available here! Anyone can give me a heads up #LondonMarathon #LondonMaratANNEventure

Curtis, who is running her second major marathon, is hoping to raise 84,000 Pesos for UNICEF Philippines. The Filipina-Australian who is also known as one of the fashion icons in the country mentioned that the support of her donators will mean a lot on this journey ahead of her. 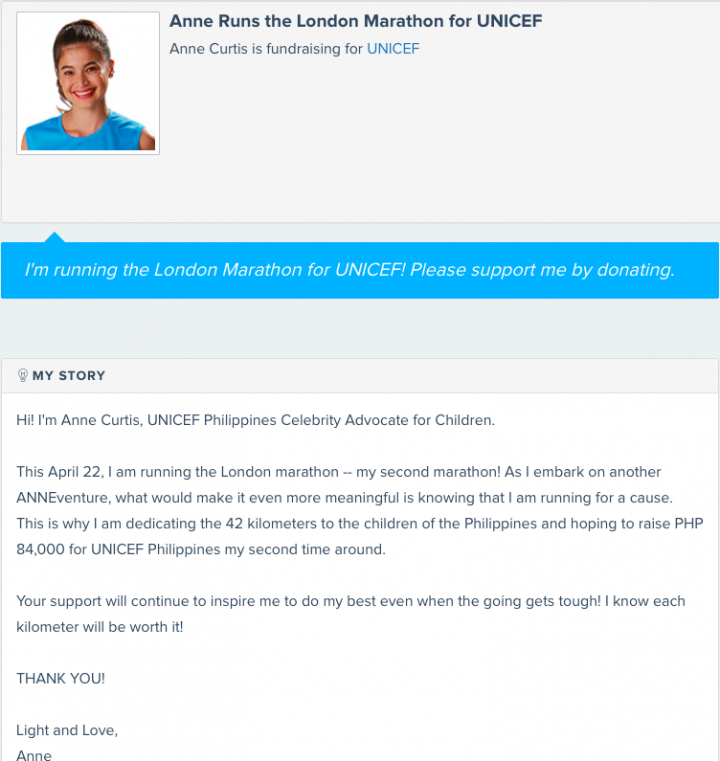 Curtis has currently raised 141,164 Pesos, 68% above her original target, and roughly two weeks away from the London Marathon! In line with this, UNICEF is still accepting donations for participation in Anne’s marathon.

This year’s London Marathon will be having 39,000 runners from around the world. The marathon starts in Blackheath and will end on the Royal Doorstep around St James’ Park and the Horse Guards Palace.