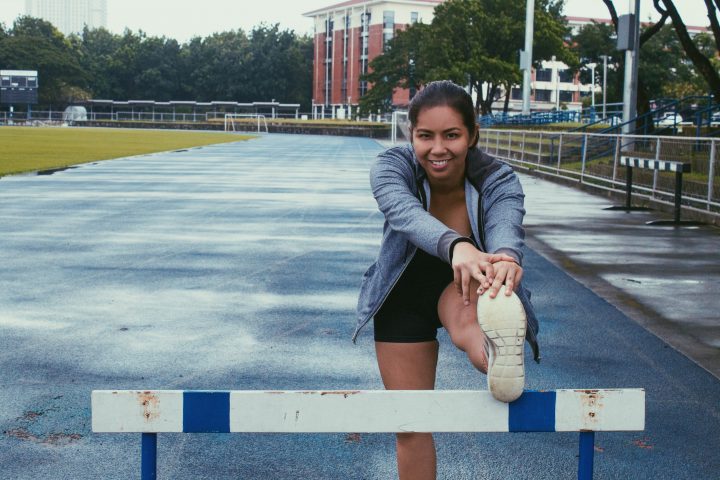 I USED TO HATE RUNNING

For so long, I’ve treated cardio as a roadblock that I have to overcome before I can proceed with deadlifts, squats, etc. I find running on the treadmill (for even just 15 minutes) an extremely boring task which I can’t wait to get over with. Before boxing training, I would sigh because I know my coach would want me to run around the ring as warm up when all I really want is to proceed to the sparring session and hit the heavy bags already.

Running just isn’t for me…or so I thought.

Last week was the first time in years that I put on my running shoes and actually ran, not within the confined spaces of a treadmill or around the gym, but around the 2.2km long academic oval of UP Diliman. To be honest, I don’t know what got into me. Perhaps it’s the marathon pictures I keep seeing on my Facebook timeline that made me want to give it a try or maybe it’s just the yearning to feel physically active again. Whatever it is, I’m glad I did it.

To tell you the truth, the first few minutes were not easy. My head was being filled with several insecurities: “Is my form right? Is this how my foot should strike the ground? Can the more experienced runners see that I may not be doing it right? Are they judging my form?”

That is until I felt the first drops of sweat on my forehead – Who would have thought running can make me sweat this much? For me, the perspiration during exercise is the body’s way of thanking us for doing something healthy and I felt really good about that. I was no longer conscious of how I look or if the other runners may or may not be judging me. I was in sync with the music playing in my earphones and I was actually enjoying the scenery — there was something about how the wind cools the sweat-drenched skin that sets apart running outside from running on a treadmill. Running is not half as bad as I thought it was.

Soon enough, the reality of having a bad stamina kicked in. I felt the need to take a “lakad break” after one lap of jogging and thoughts began rushing through my head again: “Maybe a round is enough? That’s 2.2 km already…not bad for the first time, I guess?”. Just then, a woman who seemed to be twice my age (but also twice as fit) passed by me FOR THE THIRD TIME! I was so amazed by how she just kept going and seemed to be far from tired. And all I could think of at that time was “I want to be that fast too!”

So I started to pick up my pace again and run. I knew I wasn’t fast but at that time it didn’t really matter because I also knew I can get better- because I’ve heard people’s stories on how far they’ve come as runners. For the first time in years, I ran not as a 10 or 15-minute warm up but as the actual workout. And for the first time in years, I have not felt this motivated to be physically better.

The experience of running outside again was quite refreshing and, as cliché as it sounds, it actually makes you feel more alive

I used to hate running. I used to think that it’s a boring and repetitive exercise that doesn’t give that much satisfaction… I was wrong. Running is more than just the foot striking the ground for a thousand times – it’s about striking more even if your mind wants you to stop already. Running is not about going around the same place for a few times until you get tired of it – it’s about being in sync with nature and actually enjoying the scenery. Running is not about whether you’re the fastest in the crowd – it’s about seeing people around you and witnessing how they endure their own races at their own paces.

To see people from all walks of life and from different fitness backgrounds run/jog/brisk walk their way to a healthier body was nothing short of inspiring.

There was this 60-year-old couple who seemed to enjoy their brisk walk very much, a group of 5 runners with matching 21 km finisher shirts who were stretching and laughing in the parking lot, a father adjusting his pace so that he could run alongside his kid, and more. All these people in the same place at the same time but with different stories on why they chose to run and why they continue to run. Perhaps it can be because it’s their bonding time with their family or maybe because they have found people who are family to them because of running. And for me, that was the best thing about running: that everyone has their own story on why they run.