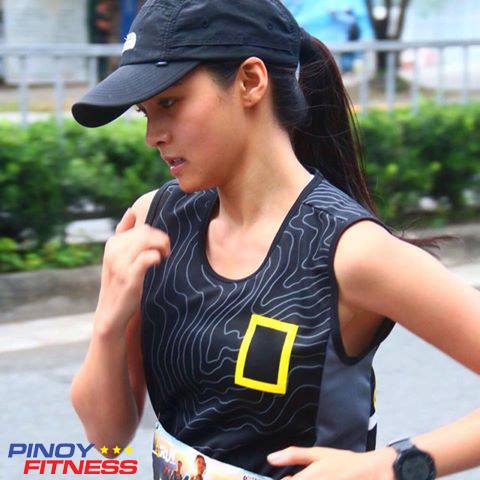 The NatGeo run celebrated its 8th year in the Philippines this year where thousands of participants took part. The Philippines is one of the countries where the race is done along with fellow Asian countries namely Hong Kong, China, Singapore and Taipei.

The chinita princess, who will be on primetime TV once again next month, took to Instagram to express her gratitude after finishing her first ever 21k race. Despite her busy schedule, Chiu was happy to mention that she made it through her first half marathon with a SUB3 finish time.

yay I did it!!!😁🎉 my first 21k run!!! 🏃🏻‍♀️ team no sleep, went straight to MOA from shooting plus jetlag… 😁signed up before I left for Starmagic tour didn't know that when I get back ganito pala sched ko!😅 kaya naman as long as you believe in yourself!!! 💪🏻😁but im very happy that im able to finish the race slowly but surely taking it easy basta matapos!😁 #Sub3 #natgeorun2017 #21kfinisher #EnergyisalwaysON #AimForTheMedal 🙏🏻

Chiu also took to social media to give thanks to the people that supported her last Sunday including her coach, who paced her through the event.

Chiu’s teleserye together with ex-lover Gerald Anderson entitled Ikaw Lang ang Iibigin will premiere on Monday, May 1. The soap opera is a triathlon series that will also star Jake Cuenca and Coleen Garcia.

The chinita princess’ triumphant first 21k finish is just in time for her upcoming soap opera that she hopes will be enjoyed by viewers around the world.