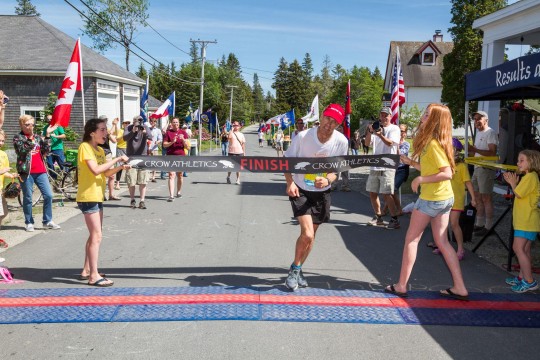 Parkinson’s Disease is a degenerative disorder of the central nervous system mainly affecting the motor system. 58-year-old Michael Westphal has been battling this symptoms of this disease since 2006, but last June 20, 2015 he managed to finish the Great Run marathon, with a Boston Qualifying time of 3:32:56.

It was Westphal’s first attempt to run a marathon again for more than 20 years, reports said. And as he approach the last few meters before the finish-line, he stumbled and fell twice because his legs weren’t getting the proper signals from his brain to keep moving.

Watch his video below:

“Although I did fall twice, the cheering crowd, the chalk writing on the roads by the island school children that read ‘Go Mike!’, and the knowledge that I was going to uphold my end of the bargain with my fundraising donors was an overwhelming feeling of happiness that’s hard to describe.” – Michael told Runner’s World Newswire