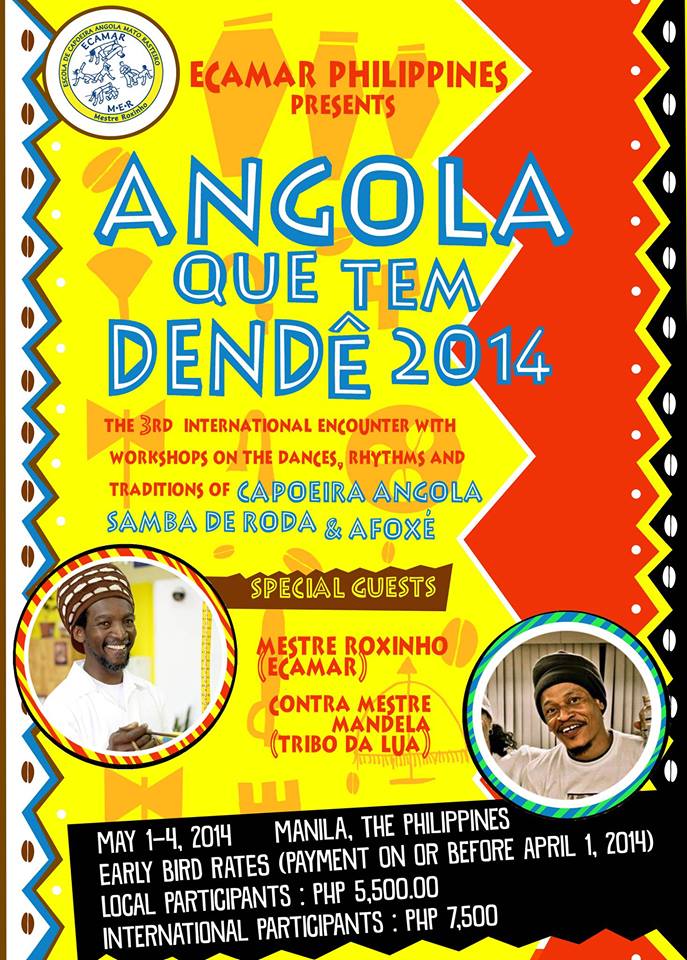 From the 1st to the 4th of May this year, ECAMAR Philippines will be hosting “Angola Que Tem Dende 2014”, our 2nd International Capoeira Angola encounter. This year we will be bringing our School’s founder, Mestre (Master) Roxinho who currently teaches in Sydney, Australia and Contra Mestre Mandela from Tribo da Lua in Tokyo, Japan to give workshops on Capoeira Angola, Samba de Roda, and Afoxé which are other manifestations of Afro-Brazilian Culture expressed through dance, music and ritual. As the Encounter will primarily be a cultural one, we would have the event in the historic “Old City” of Manila; we also feel that this would be a great way to promote the significance of the City of Manila to the foreign participants. 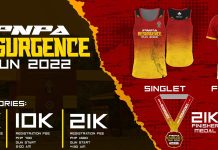 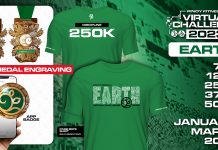 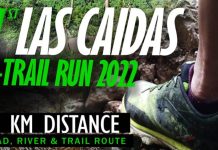