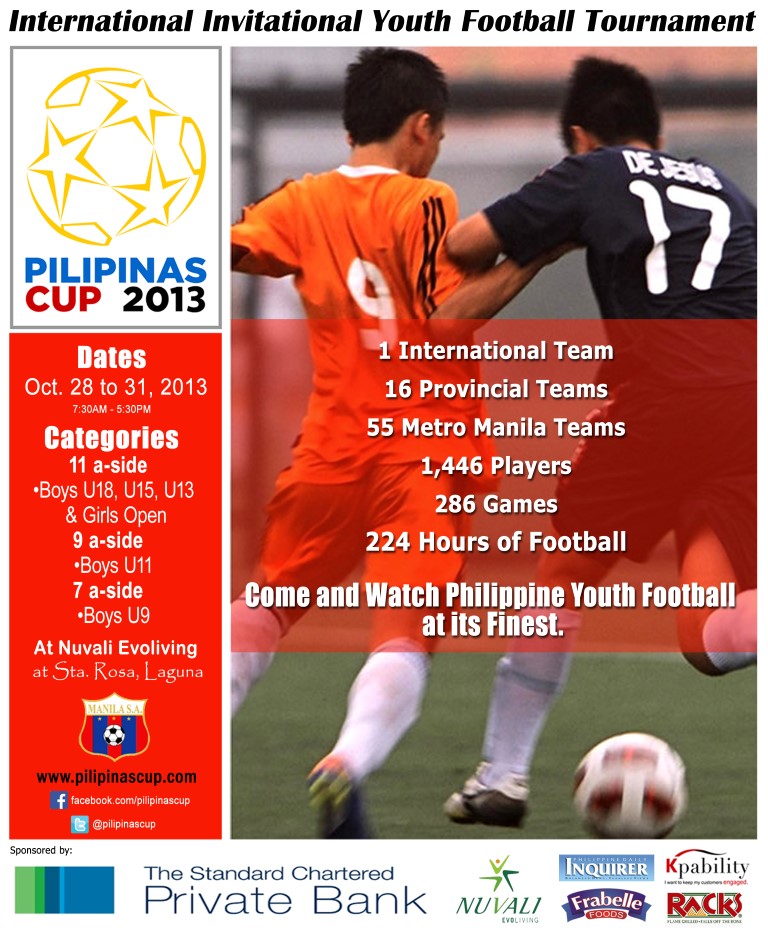 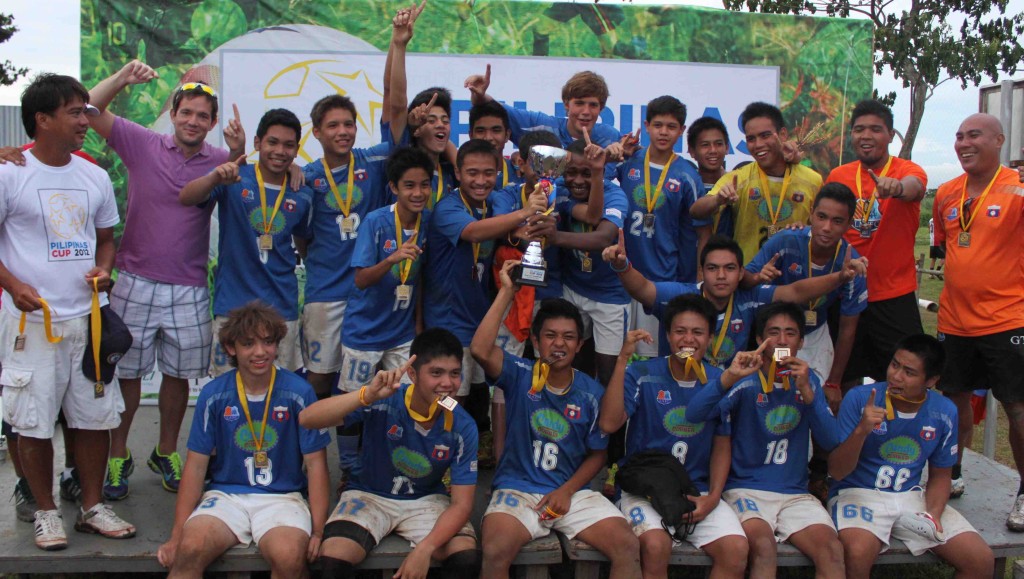 Football fans from all over will converge this October 28 to 31 at Nuvali in Santa Rosa, Laguna for Pilipinas Cup 2013. The biggest gathering of amateur football teams in the country, the event is sponsored by Standard Chartered (Hong Kong) Limited and organized by the Manila Soccer Academy. 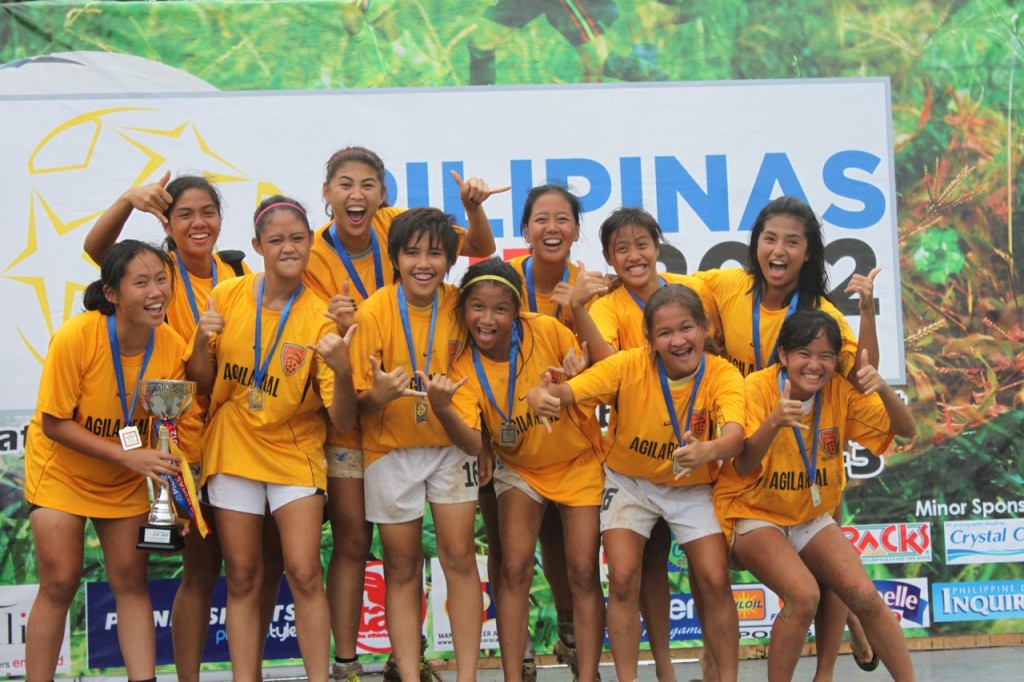 “The goal of Pilipinas Cup 2013 is to build a highly competitive quality competition for the country’s youth on an annual basis. We want to give all our young footballers from the various corners of our islands the chance to compete at a national and international level, and with the aspiration of doing so every year”, says Monty Roxas, program head of Pilipinas Cup.

With the highly competitive environment of Pilipinas Cup 2013, Manila Soccer Academy hopes to raise the level of play among Filipino youth, scout for potential talents from clubs, schools, and national teams, and promote grassroots support for the sport. “We have very many talented athletes from all over the country. Through the tournament we would like to recognize the very best, at the same time giving all involved a chance to hone their skills, promote camaraderie, and simply to enjoy the sport”, adds Maxie Abad, president of Manila Soccer Academy.

Pilipinas Cup 2013 has even attracted an international team from the Mariana Islands (MP United FC), and several regional teams as well.

The tournament format is based on Pools of 4 or 5 teams in Round 1, played on a league basis. This is followed by progression into either the “Cup” or “Plate” Finals. Teams are divided into groups of 4 or 5 teams so that each team can play against the other teams once. The first and second teams in each group qualify for the “Cup Play-off”, while the other teams in the group qualify for the “Plate Play-off”. The third and fourth in the group will also play against each other for ranking. All teams will play at least four games, and as many as five or six games. The tournament is played under all applicable FIFA or PFF rules.

Winners among each category will receive trophies and medals. Pilipinas Cup 2013 is also sponsored by Nuvali Evoliving, the Philippine Daily Inquirer, Racks, Frabelle Foods, and Kpability.