“Hmmm… that one’s quite difficult to place,” I remember thinking when I turned around and saw this girl that held the biggest smile in the event hall. Right across from the quiet corner I chose to take refuge in at that massive event hall was this girl; looking perfectly normal, not doing anything quite out of the ordinary, and yet invokes in you a sense that there’s something pleasantly different about her that I couldn’t put a finger on. She turns to my direction and along with the host, walk towards me. A 4-meter gap along the span of hardwood floors was abridged, and I was introduced to Christine Balaguer, the Deaf Beauty Queen. Well, she wasn’t introduced in exactly that way. Introductions stopped at names, as they usually do so at events with massive attendance. Finding out about her disability came with needing to whip out our phones to type out what we wanted to communicate to each other and her clarification. The introductions and clarifications, didn’t do well at dismissing the wonder, though. And if anything, it just left me in even greater awe of her than when I first saw her. I had so many questions. We pause our conversation and participate in the workout as planned out by the organizers.

At the end of the HIIT, pilates, and yoga workout series, I still couldn’t shake away my fascination. I search for her in the crowd after the day’s activities, hoping to catch a conversation with the Century Tuna Superbods, Ageless finalist, contender for the title of Binibining Pilipinas back in 2015, International Champion in Dragon Boat racing and now, also an Obstacle Course Racer. It’s not every day when you get to meet such an accomplished Person with Disability, after all. I caught her by the booth where free tastes of a protein shake were handed out, and begin to converse.

To put you in the frame of mind from which my fervent curiosity is rooting from, think of it this way: you don’t get to meet a lot of well-accomplished Deaf individuals, because the reality is that not all Persons with Disability here in the Philippines are given the same opportunity and treated with the same respect as Christine. Being born with her disability, to achieve what she has up to this day, and in a country that still underserves the community in which she is proud to belong in is a tremendous feat considering the challenges she had to overcome as she was growing up in Aklan.

Bullying, discrimination, and isolation aggravated by a feeling of helplessness in expressing her pain and thoughts were a common—if not daily—predicament to deal with back at the province she grew up in. “My greatest struggle is the isolation you receive from the Hearing (people with normal hearing) and lack of access to proper education.” She goes on to explaining the fact of the matter regarding the support provided by the Philippine government for deaf children and other children with disabilities; that there were very little developments made in order to aid in making education accessible and to help them adapt better in a greatly Hearing society. And so, the other children teased and the other children taunted; to ask for help was futile whilst the task of asking for help alone was already a difficult undertaking. The odds seemed only against her. The circumstances seemed enough to either break or harden her. 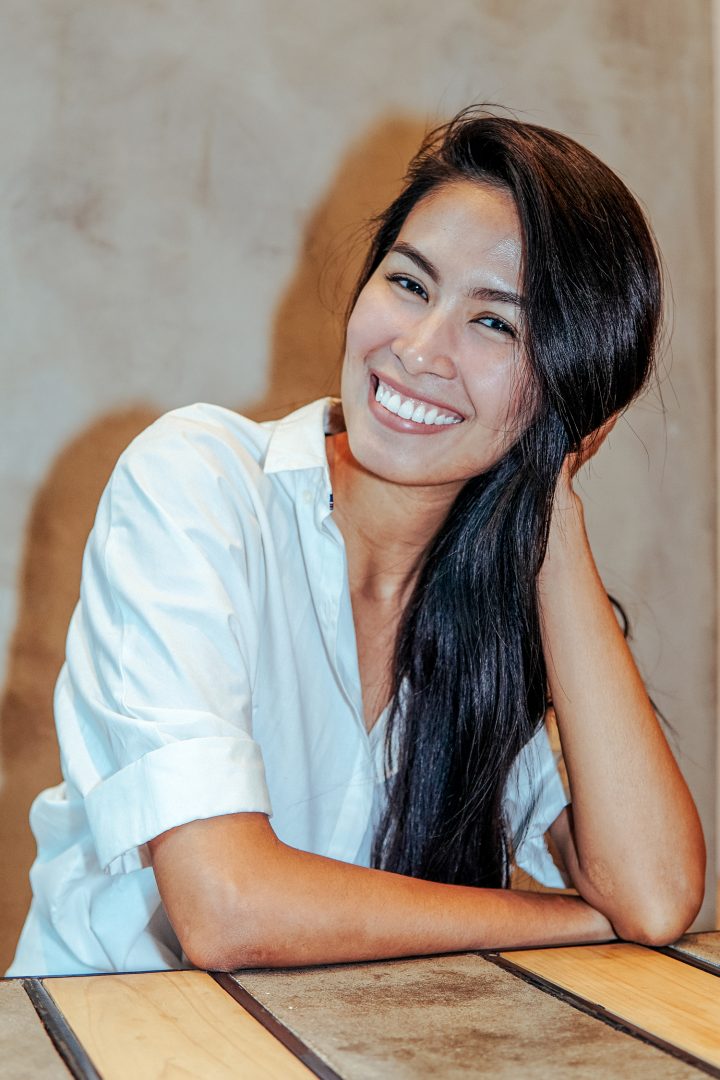 And yet, as she recalls and iterates this story to me, there was only kindness and understanding in her eyes. You’d think that after all she’s been through under the pretense of misguided hate, she’d harbor resentment. But no, it was far from that. All her eyes hinted at was a sympathy drawing from the knowledge that the people who wronged her did so, because they didn’t know any better. I, myself would honestly not be able to say that I’d handle such a situation of this sort the same way she has continuously done so, all these years. It’s most definitely not unbelievable at all why she contended strongly as a Binibining Pilipinas candidate, as with a wisdom and grace worthy of such a title, she says; “I have taught myself to never feel disappointment and to always look at the positives and lessons learned because having a disability and being disappointed with other people’s decisions would be a daily occurrence. I can only be proud about what I have achieved and always thank God for that.” 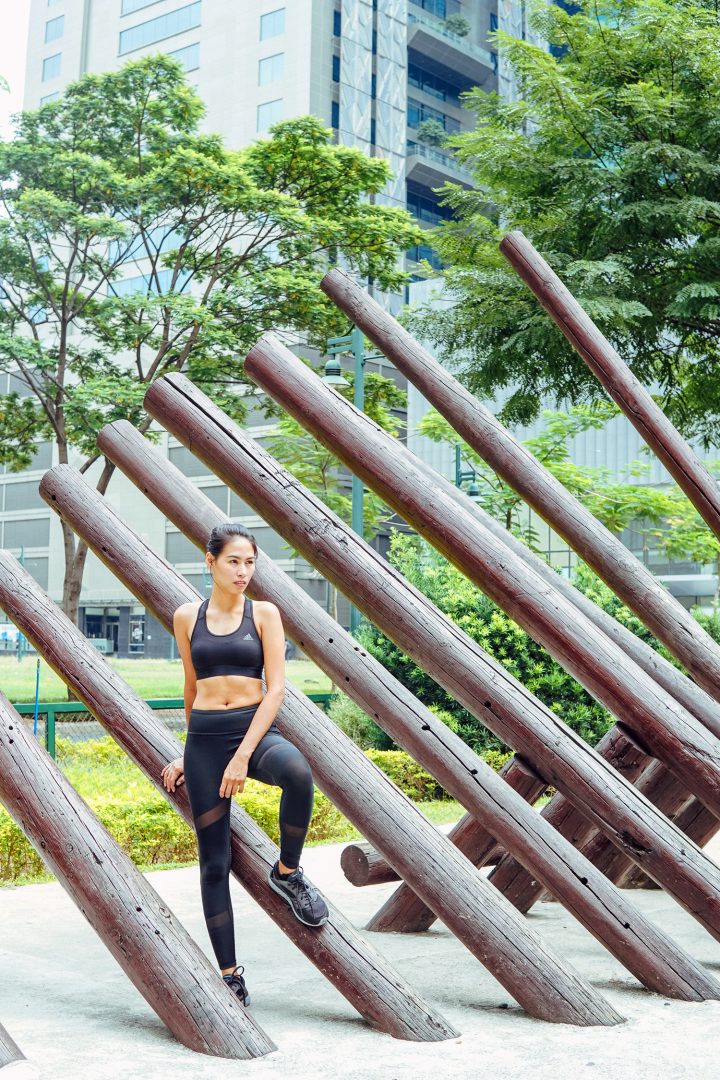 The people with much reason to give up hope, are those who stubbornly persevere in their cause—a happy irony I found in Christine and many such people with similar stories. The strength in character and toughness of will that Persons with Disability often make you wonder if it is still necessary to feel sympathy towards these people. Not that it is wrong to feel it towards them, but rather that is it even still appropriate for us to feel this way about them? Because I see people like Christine, and I don’t see weakness; I don’t see them incapacitated or limited; but rather, I see them even more empowered and stronger, given the outcome they chose to yield from their unique situations. It could even make you think as far as whether our sympathy only cages them or not.

I think back to a show I encountered before but could never remember the title; where a downtrodden woman was talking to a contrastingly successful one and in the exchange, says; “sometimes, when people tell you enough times that you’re not good enough, you start to believe it, yourself.” At that thought, you start to question; did we accidentally make a society that traded iron cages of discrimination into golden ones of shallow concern for Persons with Disability? I remind myself that I had only such a short time with Christine and cut my musings short to pay attention to her.

Going back to her accomplishments, our Deaf Beauty Queen not only shined in the realm of pageantry, but also boasts an impressive track record in Dragon Boat Racing; championing in both Korea and China in 2015 and 2016, respectfully. “From a young age, I was fascinated with sports—with swimming, in particular… I owe my strength and endurance to not just my days of swimming, but also with my love for running marathons and soccer.” Christine used sports and fitness as an avenue for many things besides the motivation to stay healthy and active. It was, for her, an outlet for her frustrations, as well as a method to further her cause for the Deaf community.

“It was another step in showing the Deaf community and also the people of the Philippines that we Deaf are no different; that we can all achieve great things and we need to be confident and proud of who we are—that we can still enjoy many things the same way the Hearing can.” All this said with a brilliant smile on her face—a tell-tale sign of her enthusiasm—the kind that’s reassuring of progress. 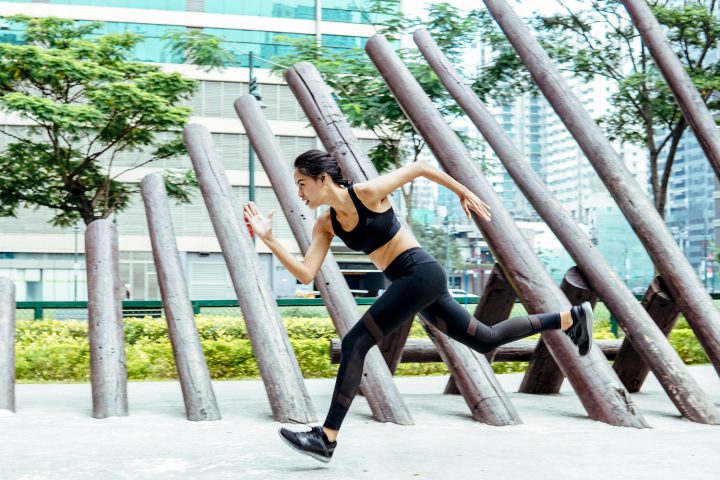 Then, a realization struck me like a shake to awakening: I’d pinpointed what was different about her with an additional note on fitness she made; “[with sports and fitness] I prove to myself and others that my disability has given me an ability; the ability to challenge myself and succeed in proving to people who consider me or other Persons with Disability different.” And I marveled even more at her. She didn’t see the burden of her disability as a ball-and-chain grounding her, but rather as wings that propelled her further into her purpose.

I look at her with an admiration that was beyond her smile and charm, and all there was left to ask was what she wanted to leave as an afterthought for both Deaf and Hearing individuals who would come across this story. With eyes bright with kindness and fierce with strength and determination, she writes;

“I want to tell them [the Deaf] that they should challenge themselves and come out of their shells. There is no loss in trying new things and moving out of their comfort zones. You will make new friendships; you will change peoples’ perceptions; and you will feel great about yourselves. I want them to always remember that where there’s a will, there’s a way to succeed and achieve whatever your heart desires. We need to be proactive about promoting our abilities. And to the Hearing, I want them to know that we are still functioning members of society, with a whole lot to give and offer, if we are just given a fair and equal chance. Consider PWD’s in mind for a role in your operations and businesses. The little help you give makes a huge difference for us.”

Anyone who’s into fitness can attest to its capacity to empower any individual. Though the manner in which people talk about it varies, it all comes down to the extremely gratifying sense from accomplishing things we thought we’d never be capable of doing that instigates this. I guess with Christine’s story, we see not only evidence of this attribute, but in addition, unlocks a new dimension to fitness that shows people that with fitness, we not only empower those who were made to believe that they are weak, but that it also serves as medium for channeling your frustrations as positive energy. 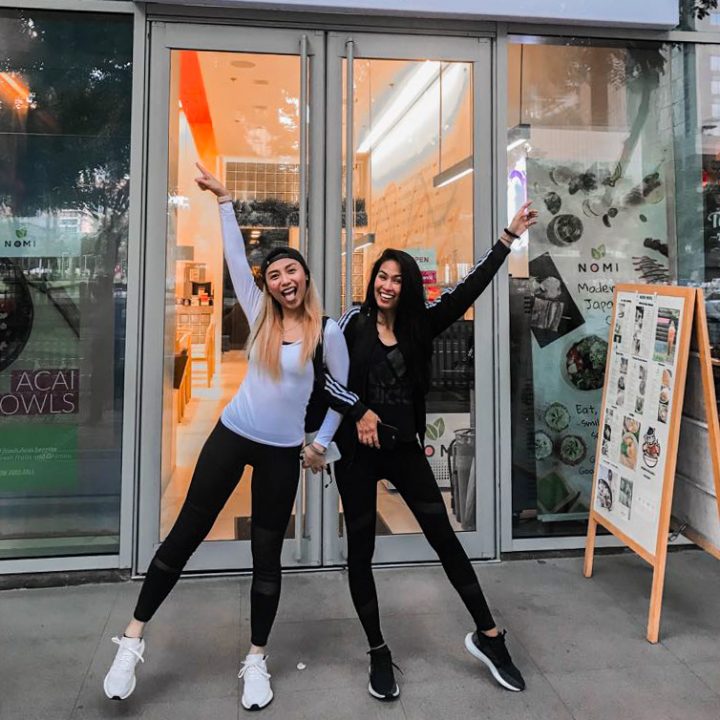 At the end of our conversation, I ask her to teach me how to sign ‘thank you,’ so I can thank her in a way she would understand best, because that was all I was left with, after talking with her: gratitude. Grateful to her for the time she spared sharing this with me, and grateful to the force that lead me to not just a day of strengthening, but also of enlightening. We went our separate ways from the venue, and as I turned and walked away from her, I smile and think; “hmmmm… that one’s tough to be like.”