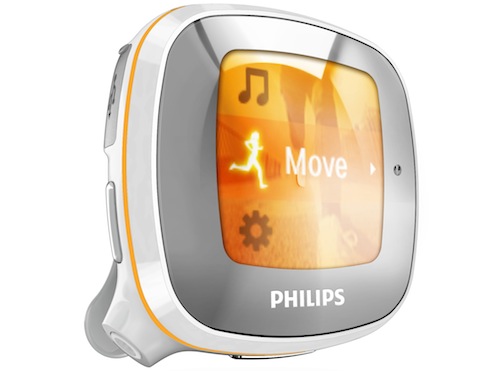 [ad#post]
Are you the type of person that relies on good music to keep yourself focused on your workout? Personally I have a “GYM” music playlist in my iPod that I use when I hit the gym. Ever wondered how productive you can even be when the music that’s being played automatically switch songs depending on your workout intensity?

Philips knows about this and is launcing it’s new Activa personal audio player, it has a feature called the TempoMusic; what it does is that it analyzes your music library and match the songs according to your workout intensity; running fast? hmmm.. better play a fast beat music… excellent!

In addition Activa can also help to keep you motivated by shouting back progress feedback and words of encouragement to give you that boost when you needed it most much like a personal trainer does. A PC software bundle is also provided to help keep track of your caloric burn rate.

It’s targeted to be available worldwide sometime in April 2010 tagged at $130. Can’t wait to get a hold of one, I hope it comes to the Philippines soon!

Las Vegas, NV – Royal Philips Electronics (NYSE: PHG, AEX: PHI) today launched its Activa portable audio player at the Consumer Electronics Show (CES) 2010. With a focus on motivating people to improve their fitness, the Philips Activa is the latest innovation in the company’s family of solutions to help people lead healthier, more active lifestyles. In addition to the Activa, Philips also announced that its DirectLife daily activity monitor and personal coaching will be launched in the UK and Germany in early 2010.

Activa helps motivate people to work out more frequently and intensely by providing real-time vocal feedback on their performance, and music that automatically adjusts in tempo to match their pace. When people increase their speed, faster music from the music library is selected. Slow down, and Philips Activa offers words of encouragement. Featuring a sleek exterior designed to offer durability and style, the Philips Activa will be available worldwide in April 2010 at a suggested retail price of $129.99.

“At Philips, we understand that people struggle to find the time and motivation for physical exercise, even though we all appreciate its importance,” said Bret Furio, Senior Vice President, Philips Consumer Lifestyle North America. “Our Activa portable fitness device is the latest in a line of innovations from Philips that help solve that issue by turning good intentions into actual behavior.”

TempoMusic feature ensures that song selection matches workout intensity
TempoMusic is proprietary software developed by Philips and built into Activa that automatically matches music to a user’s workout pace. It starts by analyzing the user’s music library, storing a detailed set of characteristics for each song, including several related to tempo, to help choose motivating songs for working out. The software also asks users to identify a song that inspires them to work harder and also reflects the type of music they like. By combining these features, TempoMusic is able to choose songs for uploading that are similar to this selected song, ensuring that each user has a library of performance-inspiring workout music that matches their own unique preferences.

Features for getting the most out of your workout:
A set of pre-loaded songs ensures that Activa can be used for a workout right out of the box
TempoMusic matches music with workout pace
Audio feedback means that users don’t have to break their stride to see how they are doing
Progress monitoring lets users track performance against goals and beat previous records
Works in conjunction with Philips Songbird, providing workout result and access to a user’s entire music library by syncing seamlessly with their computer
Designed for sport: sport headphones with ear hooks, clip-on design, protective pouch, cable clip management

The latest step in Philips’ commitment to health and well-being
The launch of Philips Activa is the latest step in Philips’ commitment to be the global leader in health and well-being, and follows the launch of Philips DirectLife in October 2009. A customized, interactive fitness program, Philips DirectLife offers a fun and simple solution for people eager to adopt a more active lifestyle. DirectLife records a person’s daily movements via a wearable state-of-the-art Activity Monitor. Information is then transferred to a personal web page that keeps track of progress, and a personal coach is available to help users set goals, receive individualized feedback, and obtain advice on making healthy lifestyle changes.

Philips DirectLife will continue to expand in 2010, launching in Germany in January followed a few months later by the United Kingdom. 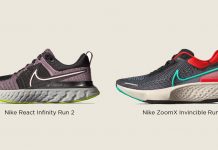