“Is it really that time of the year already?” I blurt out to my laptop in the presence of my cooling latte and the % Arabica baristas, sometime mid-July as I read the message preview that flashed on my phone. I wish I could say it meant Christmas time, but it was anything but. Quite nervous and wrapping my head around a decent reply, I open my messenger app and read my editor’s message:

“TBR is giving us slots for 2019. Ming, it’s time you take it on.” I stare at it for a good 2 seconds. And without a reply to my boss, I locked my phone, tucked it away and in befuddlement, was left in a stare-down with my now-cold cup of coffee. My brain went haywire; mentally vomiting out thoughts that well, let’s just say would be the key ingredients for a bad panic attack.

In my best effort, I breathe to calm down (somewhat) from my initial panic and as if doing an impression of The Thinker, I begin to process everything as rationally as possible. And I took my good time thinking about what I’d reply, mind you. I mean, if you’d consider 2 hours and 30 minutes of thinking to be good enough, that is. Because if you haven’t guessed it by now, I accepted the challenge. And I gave the most nonchalant reply, mind you. I went with the ever classic; “G ako.”

I know right? Smooth. Doesn’t sound like I was scared witless moments before sending the reply, at all. It also totally covers up the fact that I was questioning my own sanity. I swear, when the reality settled in my mind, a picture of me in those trust circles at an Alcoholics Anonymous meeting was stuck in my head and I introduce myself:

“Hi, there. I’m Ming Lagman, writer at Pinoy Fitness, and I signed up for a full marathon without having ever run more than 5K a day for the past 2 years.”

I get it; the more sensible way to go about this was to rack up the miles and the medals, before deciding to take on the dream—the 42.195-kilometer dream. I should have a closet nearly overflowing with race shirts, a file cabinet of race bibs and should have burned a substantial amount of soles of running shoes. I should have the wired calves, the steady core and the iron lungs, before hoping to run that full marathon.

You know what I do have, though?
An unwavering confidence in myself.

And to me, confidently knowing that I am capable, will always be enough of a reason for me to take on any challenge. My heart has survived so many things and it will survive many other things to come, including 42.195, friggin’ kilometers. And I know this with certainty, because two years ago, I couldn’t run a 5K. Last year, I could barely run past 5K. Earlier this year, I had a knee injury and had to recover for three months. But yesterday, I broke another PR on a 10K — just 6 minutes shy of hitting Sub 1. Two years doesn’t seem like much to some. After all, it’s such a small number to count. However, if you look at how much was put into and surmounted and achieved in those two years? My God. They are absolutely invaluable.

And it’s about time for a culmination of those two years with six months’ worth of training to add until race day. Or my ‘Baptism of Fire’ as my editor likes to call it. I don’t think he knows it, but I think it’s spot on. Putting it poetically (or I attempt to); I’ll cast the skin I shed of a girl who hesitated to believe in her potential into the fire. And from its ashes may come forth a woman who believes only the truth of her power.

I accepted the 42K challenge—on what seems to be a whim to some—because I believe that I can and will finish it. My reasons for this, I’ll tell you some other time, if permitted. What I want to tell you now, on the other hand, is this: there is great power and strength to be found in simply believing in yourself. And once you learn to harness that power, you then evolve into this unstoppable force—unrelenting against any adversity—capable of achieving absolutely anything they put their minds and hearts into.

So, with that; I challenge you now to believe in yourself and incidentally, I also challenge you to take on the 42.195-kilometer dream. Take it on. I’ll be with you all the way. Because on top of believing in yourself, knowing that other people believe in you as well, is its own kind of empowerment. And… also, because we’re giving away a free slot to The Bull Runner Sunlife Dream Marathon, 2019! 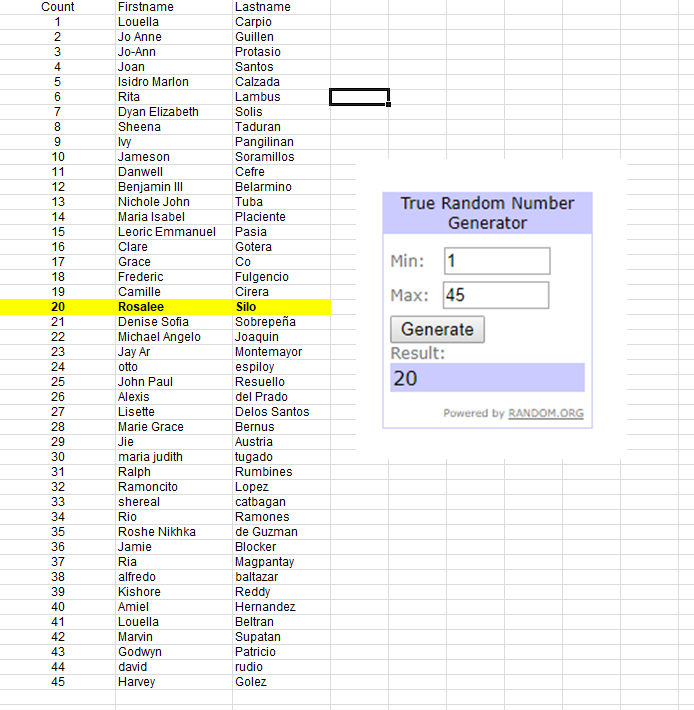