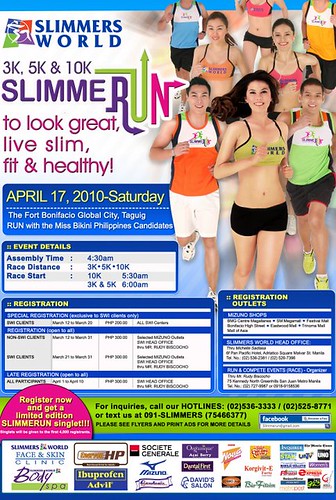 Registration fee is Php 300 which includes a limited edition of Slimmerun Singlet (for the first 4,000) and a race kit. All runners will have a Php 500 discount on all running collection of Mizuno.

Slimmers World members can avail of discounted registration fee of Php 200 from March 12 to March 20, 2010 in any of the Slimmers World International centers nationwide.

Non-Slimmers World members can register at: 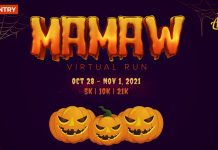 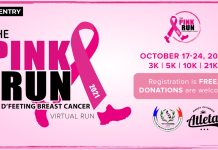 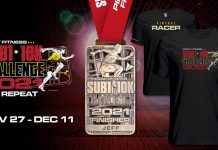