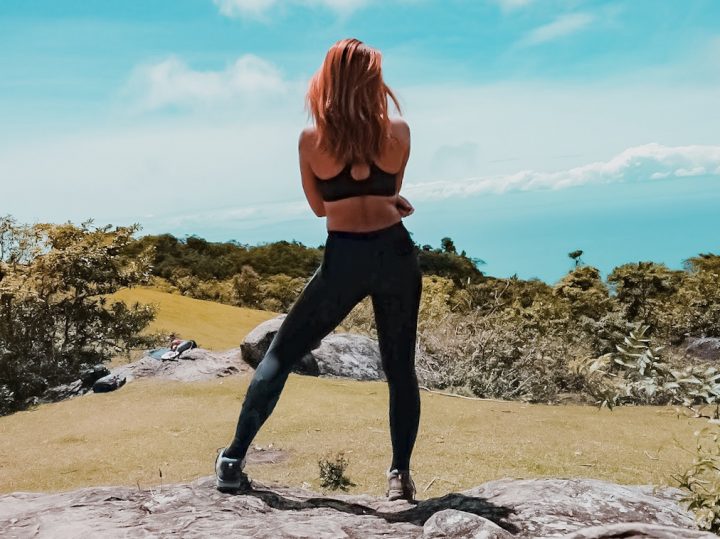 Yes, you are those things: strong and independent, and they describe you perfectly. No ifs or buts. So please; drop the word “pero.” Stop attaching conditions to that phrase you tell yourself to stay motivated when you’re struggling with that last mile on the run or the last rep to that set of deadlifts, or when you’re dragging your tired body to the gym after a long day at work.

No matter the reason why you’re doing it [working out], or how long you’ve been doing it—whether you recently just started your fitness journey, if you’re a long-time fitness enthusiast, or have completely no experience with working out, and can’t figure out where to start—what you’ve chosen, or choosing to tackle is no walk in the park for anybody, at any level of accomplishment.

Yes, it’s a joke, a gag, a satirical jab at how every woman like you, despite your many capabilities and self-sufficiency, still would like to be taken care of. And we’ve all laughed at them on one or two occasions, right? It’s one joke we’ll get caught laughing or scoffing at, every time we chance upon them on social media because it’s very much true to some extent. But woman, I ask you;

Why make a joke out of your empowerment?

My mind’s been on summits for a while now. I cannot wait to conquer another one, this weekend! ⛰💛✨

Why do we make women’s empowerment something conditional? Do you hear the same ifs and buts when people say; “He’s a strong, independent man?” No, you don’t—or at least, not as often. But also; no, women’s empowerment and advocating gender equality/neutrality is not thinking that one sex is superior to the other.

But let’s be honest here; there are settings that—thanks to a very chauvinistic society—still make you feel like there are certain things you won’t be capable of doing or accomplishing as a woman, like a park where you run, or at the gym. How many times did you shy away from the equipment and the racks of weights at the gym because all the men, with their bulging muscles doing a ton of reps with massive weights, make you say to yourself; “I can’t lift like that. I’m a woman.”

Countless? I hope not. But don’t punish yourself or think that you’re any less of an empowered woman if you’ve ever doubted yourself. You are human, before you are woman, and fear and doubt creep up into the minds and hearts of even the best of us, as naturally as any other feeling. Fear of failure, of criticism, of condescension, is crippling for any man, or woman. But if you’ve ever read or watched The Princess Diaries, you’ll know Meg Cabot wrote to tell every queen-in-training like you that;

“Courage is not the absence of fear, but rather the judgment that something else is more important than fear.” – Meg Cabot

Fearless and relentless, she remains.

And guess what? Here are some other truths for you:

The woman you wish to become is more important than fear.

The woman who will get that fitter body, feel healthier, run faster, or lift heavier, after all that training is definitely more important than the fear that you will never be able to train like the guys.

You, woman, are more important than the fear that’s making you attach that “pero” at the end of “I am a strong, independent woman.”

So, my dear queens and queens-in-training, please… no more conditions to that statement. Let the jokes end here because you are a woman who should and deserves to be taken seriously because you give the same amount of dedication in training, and everything else that you do. Train like a girl, because whoever implied that training like a girl means weakness is wrong.

“I am a strong, independent woman. Period.”

With much love and faith in you, 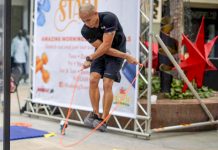