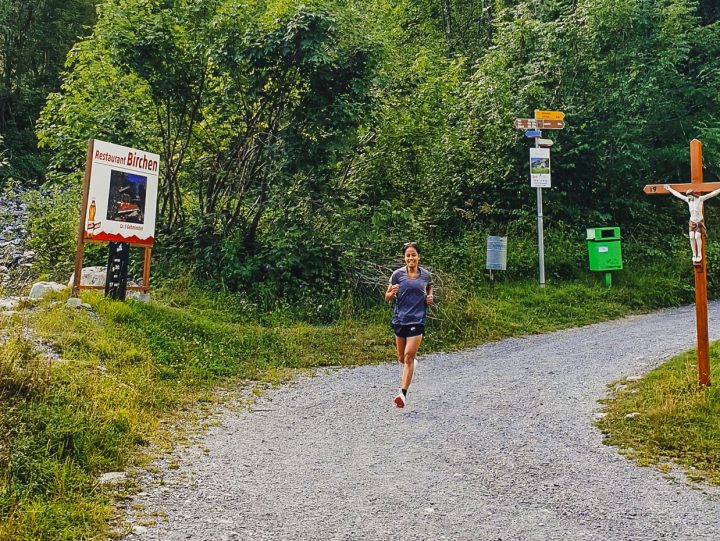 It all started with Winnie’s post on the Pinoy Fitness Atleta mobile app feed. There was a photo of her running, and the caption read “I have IgA Nephropathy and I am a runner! Who says someone like me with only 37% kidney function can’t run! Do I get tired? Of course, it’s always tiring but that’s the irony of it, it makes me stronger after!” Intrigued, and inspired, we reached out to her to know her story.

Her running journey started in 2019, when she moved to The Hauge in the Netherlands for work. She is an IT consultant who decided to start a new chapter in life, live in a different country, and just try new things. Her cousin from Singapore connected her with his Dutch friend, who was a professional runner. He encouraged Winnie to join her community’s running club. It was through this club that Winnie learned the ins and outs of proper running gear, technique, and other useful tips. 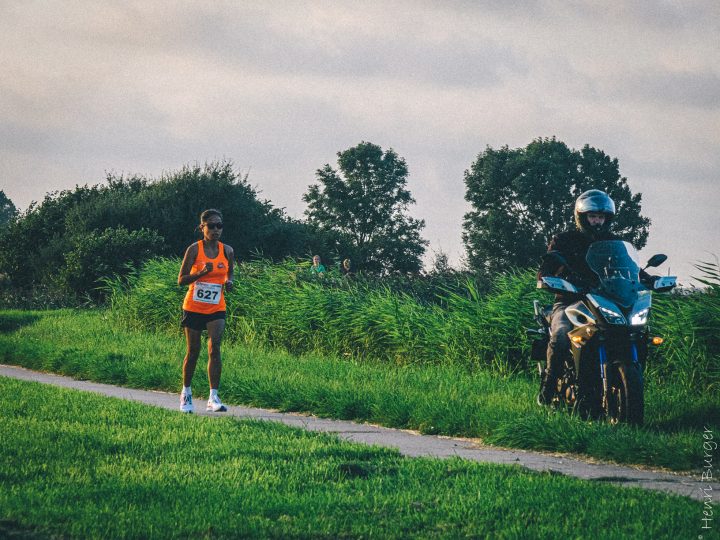 In an online kwentuhan with Winnie, she recounted that the two different running clubs she joined would group members according to their pace, and level. To Winnie, this was encouraging and helpful, as it reminded her of her limits and capabilities. But it also showed her that she was not alone. “Nung nagsisimula pa lang ako, ang hirap sa una, ‘yung pagbibihis, pagsapatos, at nung una di sanay sa weather na malamig. It was such an ordeal in the beginning. But when I get to the track, I get to tell myself, ‘Yes! I made it here!’”

After months of running with the club, Winnie truly enjoyed it. “Running became part of me — siya yung nagpapalakas sa akin. Iba kasi ‘yung pakiramdam,” Winnie said to me with a big smile on her face. Furthermore, running helped her overcome her loneliness, being new, and alone in the Netherlands. As an IT consultant, she did not have to report to the office. Before the pandemic hit, Winnie was already working from home. It was by joining the running club that she gained new friends.

While moving to the Netherlands paved the way for Winnie’s running journey, it was also there that she learned about her IgA Nephropathy. Back in 2011, still in the Philippines, her doctor said that she was hypertensive. But there was no proper explanation as to why she had developed hypertension, as she is young and lives a healthy lifestyle. Since then, Winnie had been living with maintenance medicine prescribed for her hypertension.

When Winnie’s supply of maintenance meds from the Philippines ran out, the local Dutch pharmacy did not honor the prescription from her Philippine doctor. The pharmacy advised her to look for a local General Practitioner in order to get a new prescription. The Dutch GP found it strange that she had hypertension. He suggested all possible tests to find the cause of her hypertension. Her results came back with possible problems in her kidneys. She was then referred to a nephrologist, who informed her that she had an autoimmune disease that had already damaged her kidneys. By that point in 2020, she was already in Stage 3 of Chronic Kidney Disease, with only 50% kidney function. After a few months, this percentage dropped to around 37-40% kidney function.

What were Winnie’s options?

Winnie needed to maintain her current kidney function so as not to reach renal failure, and undergo dialysis. It was all overwhelming, having to deal with it alone, in a foreign country. Some of the options given to her were steroids, and chemotherapy. But the most advisable, and least invasive one was a new diet. In the beginning, it was tough having to avoid red meat, and salt. But she knew she could commit to the change in diet. She was more concerned with her exercise; “Can I still run?” she eagerly asked her doctor. To Winnie’s elation, she got a big “Yes!” “Kailangan ko daw ito, pero not too much. Every other day lang daw ako tumakbo,” recalled Winnie.

Body muscles secrete body waste called creatinine. Creatinine increases with exercise. In normal functioning kidneys, creatinine is filtered from blood, and released through urine. With Winnie’s kidney condition, it is not advisable to do intense workouts. But this was something she can live with, as long as she can keep running.

She does not need to run far and fast. As long as she can run every other day, she is happy. At the end of the day it was what she looked forward to. “After running mas fresh yung utak, my mind gets unwind from stress,” she happily says. Winnie added “Nung dati ang tingin ko sa pagtakbo ay pahirap sa katawan. Pero nakita ko ang benefits sa katawan, mental, emotion… you can daydream, think, para hindi mo maramdaman yung pagod… Sarap tumakbo!” 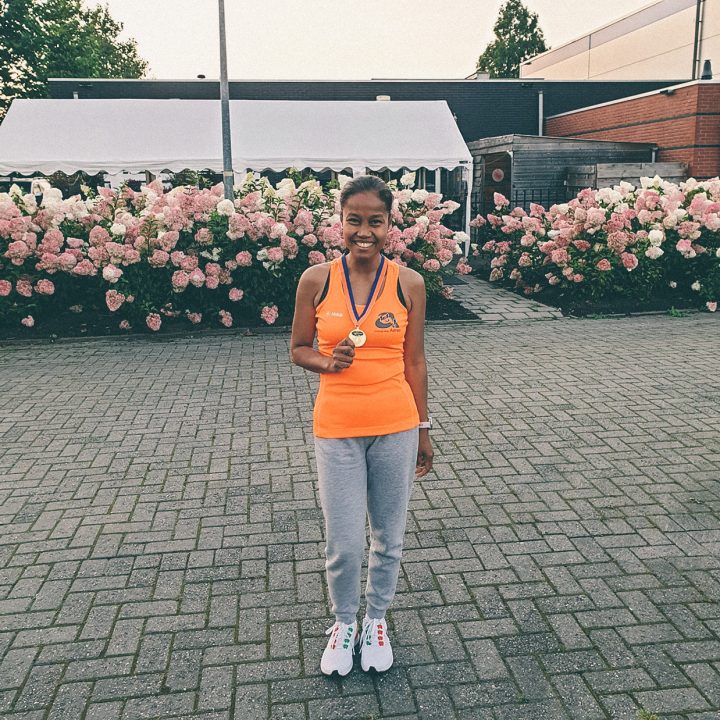 To stay motivated to keep training, Winnie joined some races. The most fun part, according to her, was joining races in different cities around the world like Spain and Israel. It also became a chance for her to explore different countries. But since the pandemic, discovering the Pinoy Fitness Atleta App was her life saver. She was so inspired to see so many Filipino runners, running around the world. “Hala sinalihan ko lahat ng virtual races sa app!” and with the Pinoy Fitness Atleta app, said she doesn’t need face to face races in this pandemic.

Every run is an achievement: “Yes! Nagawa ko! Kahit tinatamad ako, na overcome ko yung katamaran ko.” With Winnie’s condition, she gets tired easily, but she says that the moment she gets the rhythm, “Ang saya! Every training is an achievement, because from start to finish may struggle ako.” And then she suddenly remembered, the real struggle is yet to come, as the ber-months sweep into the Netherlands. She is hoping that she gets to do all the PF Atleta challenges at the end of the year. But she remains positive, by saying “Kailangan lang naman ay yung mindset mo nandoon. Tatakbo ako. Tatapusin ko ito.”

I assured Winnie that I believe she’ll be able to finish every PF challenge this year, as she has overcome every challenge since her diagnosis. Inspired by her story, I said to her “At 43 years old, you decided to move to a different country, and try running. That’s an amazing challenge in itself.” She laughed, and told me that she finally decided on the new chapter by saying, “Maybe I could do something for myself, prove to myself I can do anything for myself. Nagkaroon ako ng conviction sa sarili kapag talagang pinangarap mo, magagawa mo. Basta meron kang determination gawin, magagawa mo.” This is also the same philosophy that motivates Winnie to keep running.

We hope this story inspired you to run! Got an interesting story to tell? Share it sa Pinoy Fitness Community Facebook Group or Download the Pinoy Fitness Atleta Mobile app to join Free Virtual Races.